They enjoyed pregnancy so much, they did it again – quickly!

We’re taking a look at Hollywood’s back-to-back baby boom. From Megan Fox, to Britney Spears, to Jessica Simpson, let’s see which star moms are making their kids close in age.

In August 2013, less than one year later, they announced their second pregnancy.

Brian recently admitted he’s not sure how they’ll manage juggling a toddler, a new baby, and his job on Anger Management.

“We honestly have no idea and we discuss it daily and think, ‘How are we going to do this?’” he admitted. “I think we’ll see when it happens. People do it all the time.”

But it sounds like his boss, Charlie Sheen, is more than understanding.

“I couldn’t really ask for a better situation than that. [Charlie’s] one of the nicest guys I’ve ever met and worked with,” said the star, who is also dad to 11-year-old son Kassius.

Oops, she did it again!

Reportedly, Britney wanted to schedule her second C-section birth to coincide with Sean Preston’s birthday, but her then-husband persuaded her to move the date back a couple days.

Currently, Tori Spelling and Dean McDermott have two 1-year-olds — and they’re not twins!

One month after their third child, daughter Hattie, was born, Tori got the unexpected news that she was pregnant for the fourth time.

“The new baby was clearly unplanned but I am thrilled and I would have lots of babies if I could, I love being a mom,” Tori said at the time of her fourth pregnancy.

“All my friends keep asking me [if it was planned] and I’m like, ‘Seriously? Hattie was one month old. Do you think it was planned?’” she continued. “I was up all night with feedings.”

“The doctor said, ‘Wait six weeks [to have sex],’ and Dean was like, ‘They tell everyone that.’ We didn’t wait that long with Stella or Liam,” Tori added. “I was like, ‘Well, I don’t want him to think that the sex is going downhill,’ so now we’re on baby No. 4.”

Just seven months after Jessica Simpson welcomed her first child, daughter Maxwell, in May 2012, she and fiancé Eric Johnson confirmed that baby No. 2 was on the way.

“Pregnancy is a lot,” Jessica recently shared. “It was hard to do two so close together. I have this huge sense of accomplishment, and I feel in my heart that I’m done. But obviously, accidents do happen!”

Naomi Watts and her partner Liev Schreiber welcomed their two sons within 17 months of each other.

“I suppose I might consider having another child — if someone could guarantee me it would be a girl,” Naomi said.

“Two boys can be a lot to handle and sometimes you think it would be easier with two girls playing with their tea sets and dolls,” she added. “But Liev loves having two boys.”

Did you have your kids back-to-back as well? 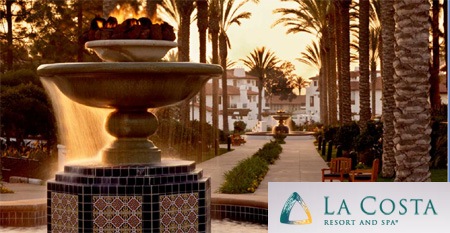 1. LEGOLAND California, LEGOLAND Waterpark and SEA LIFE Aquarium in Carlsbad, CA With close access to the beaches, shopping and warm weather, visiting LEGOLAND is a no-brainer! There are fun…

If you thought baby strollers would only appeal to moms, you haven’t seen the Porsche Design P’4911.  That’s right, a Porche stroller! Does it get any cooler than that?!? The…

This year I committed to making more art projects with my kids. It’s something that often falls off my radar, because really, who has time for art with school assignments,…

I almost had foot for lunch today with a side of embarrassment.  Like most of the country, it is blazing hot in Chicago today.  So, I decided to take a…

Since back-to-school is in full swing now, we thought we’d have a little fun with our own version of The 12 Days of School! Our Lil’ Baby Gizmos got together…

Got a little LEGO fan, but tired of the tiny bricks taking over your house? I just may have the answer to your prayers! It’s called Pleygo, and it’s…