Child Locked in a Car

Home > Child Locked in a Car 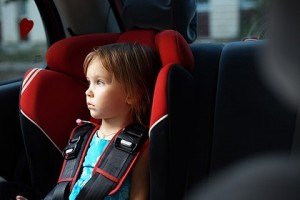 Yesterday, I experienced what people are telling me is a rite of passage for mothers. At the time, it felt like the end of the world, but looking back in hindsight, I should have, and could have, handled the situation a lot better, had my crazy pregnancy hormones not got the best of me and made me, well, crazy.

My 17 month old daughter was locked inside the car, strapped safely into her car seat, while I was outside the car sobbing like Gywneth Paltrow at the Oscar’s. How did this happen? My daughter had been playing with my car keys (yes, even the voice in my head is chastising myself for being so foolish) and as I was putting her in the car seat, she must have locked the doors. I had no idea. I always throw my keys in the front or passenger seat so I can do up her seat belt, so I did this as usual. I then handed my daughter a book, closed her door and headed to the driver’s seat. Except this time, my door was locked. And all the doors and trunk were locked. Panic. Overwhelming panic.

Looking back, I wonder why I was so scared. Where was she going to go? She was happily sitting in her seat reading her book. Perhaps my brain switched to scared because our back windows are heavily tinted due to the heavy California sunshine, and I couldn’t see her without pushing my face right up against the glass. Or because it was an unusually warm winter’s day, at around 80 degrees and I thought she would get hot. I don’t really know what made me so scared.

It wasn’t until I burst into tears (pregnancy hormones remember, I’m usually very strong…. Kind of) and started running around pressing my face up to the glass, my voice breaking, that my daughter saw me and started panicking.

Luckily, we were outside a family run small store where I know the owners and they called 911 (despite my begging them “Just give me a hammer! I’ll break the glass!”) and the fire truck arrived within 5 minutes but it felt like 5 months. At this point, my daughter was screaming and crying and trying to get out of her seat. The owner of the store kept telling me to stay calm to keep her calm, and I really tried, but it was too late. She wanted to get out and fast.

I am so grateful to the fire department. They tried a few things (it felt like too many things when I just wanted to get my baby out) until they took a thin metal hanger like tool and hooked my keys onto it. They then slid the keys up to the top of the passenger door, and they somehow managed to wedge the door open slightly and squeeze them out.

I can’t even describe to you the sense of relief that washed over my body as I held my daughter in my arms. She was hot and sweaty and I immediately got her cold water from her cup, but someone handed me a popcicle, which of course, she went straight for. About two minutes after hugs, kisses and the popsicle, she started saying “hi!” to everyone and a fireman turned to me and said  “There, see? She’s fine. Are you okay ma’am?” I felt like a really hopeless mess at this point. People had come out of their shops to stare. It was all over and done with in about 20 minutes, but it had felt like so much longer.

So, why am I sharing this? Just in case even one mom reads this, and (God forbid) ever goes through this, I hope my advice can help.

1) Call 911 immediately and tell them your child is trapped in the car with no air conditioning, if it’s hot, or heating if it’s cold.

2) Stay very calm. If you are calm, your baby will stay calm. I should have played peekaboo or sang some nursery rhymes.

3) Have a spare key with someone nearby, if possible.

4) Don’t have too many things on your key chain. You never know when the fire department might need to wedge them through a car door.

5) Finally, never give your keys to a toddler to distract them. That would have saved us from this whole fiasco in the first place. I have definitely learned from my mistake.

Have you ever experienced a child being locked in a car? 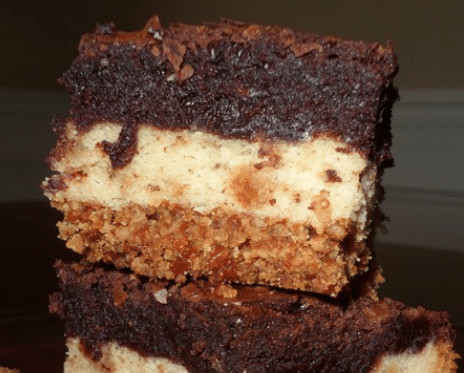 Pop-a-lock will unlock your doors for free if you have a child trapped in the car. It happened to me when I was out of town. We called the police and they dispatched Pop-a-Lock to the rescue since it was nice out and weren't racing the clock. They were johnny on the spot and definitely deserved the nice tip to save my 3 month old! I have the type of key that "senses" when you walk up to the car and unlocks-so I never even have to take it out of my purse. I had put my purse and his carrier in the car and shut the door to put my purchases in the trunk. When I went to open the trunk it was locked. I will never understand why the car didn't "sense" that the key was inside but it didn't. Be careful if you have this type of key because more cars are manufactured with this new technology.

I did this when my baby was about 10 months old. I felt so horrible! My husband was able to leave work and open the door for us so we didn't have to call 911, but that would have been next on my list if he was out of town or something. It hasn't happened since, thank goodness, but I have managed to lock us both out of the car on a couple of occasions. Don't feel too bad, it was just an accident and you are both fine. In a lot of ways it is a rite of passage. It is scary though,- at least for the Moms!

Happened to me too. The scary part was that it was 90 degrees outside, the fire dept. took my boys ( 3 and 2.5) into a restraunt to cool off. I was beside myself thinking that I fried thier brains and they were going to lock me up for negligence. Thank God they were fine they had only been in the hot car for about 5 min. . Now I wear one of those coil keychains and always have my keys on my wrist. It's amazing how a 2$ little thing like that can actually save a life.