If you always have to have the latest gadget, love technology and thrive on head-turning gizmos, you are going to love the new stroller from 4Moms. The 4Moms Origami stroller has been highly anticipated for years. Yes, it was delayed for a few so that 4Moms could get it perfect and we think it was worth the wait. The Origami is unlike any other stroller on the market. You will not find an easier stroller to open and close! If you can move your thumb and forefinger, you can fold the Origami.

The Origami is the first power folding stroller! With the slight turn of a knob and push of a button (on the handlebar display), the Origami stroller goes from full sized when open to super compact when closed ALL BY ITSELF. Yes, it folds and opens itself. The stroller relies on motors and not your muscles or back or trick thumb and slight kick to the frame to do the work.

It’s so fun and easy to use plus it is eco-friendly, with a built-in generator that recharges itself as it rolls. So, you don’t have to plug it in or change batteries – it actually recharges as you walk. It’s crazy fun! You can plug it into a wall or fold it manually if you had to (unforeseeable problem) but why would you want to when it does the work for you? Plus, speaking of eco-friendly, 90% of the Origami is recyclable.

Another unique, stand-out feature on the Origami is the LCD display on the handlebar that shows everything from a pedometer to a speedometer to a temperature indicator to battery charge indicator. The LCD is backlit so you never have to worry about not being able to see it in a dimly lit room. The Origami even has built-in intelligence that can detect when a child is in the seat. Yes, 4Moms knows that you know when your child is in the seat but this feature disables the automated folding mechanism so that it cannot be operated when a child is present.

The Origami seat is 16″ wide (at the front) with an 18″ seatback and a measurement of 22″ from seat back to canopy. A padded, adjustable 5-point harness will keep your little rider secure and the two cup holders in the seat will keep drinks and snack close by. The stroller seat is suitable for 6+ months up to 40 lbs. The seat has a slight recline that is done by adjusting a strap on the back of the seat. This is our least favorite feature of the Origami. The recline is so small that we hesitate to call it a reclining seat. Sure, it sits completely upright (for those kids who prefer to sit straight up and down) but the recline is just not very far back. We aren’t going to sweat it though because if you want to use the Origami with a newborn, there is a 4Moms carrycot sold separately that turns the stroller into a pram or a Graco car seat adapter to turn it into a travel system.

The handlebar isn’t adjustable but at 41″ from ground to handle, it accommodates shorter and taller parents just fine. Plus, with the no-kick zone that the Origami sports (there is no bar that connects that back wheels that could get in the way) there is plenty of room for a long stride.

The canopy is large and sports a giant pop-out sun visor. Instead of your typical peek-a-boo window, 4Moms has given the Origami a “sunroof”. The back of the canopy opens up to expose a large mesh window that not only allows you to see your little rider but allows air to circulate through the stroller.

While the power fold and LCD screen are super impressive, the storage on the Origami is not so much. Not horrible but not great either. There is a large pouch on the back of the seat along with two additional pockets to hold parent essentials and a small storage bag/pouch under the seat. It’s not really a basket but a small bag that resembles a bag that you could carry a puppy in. It’s cute and could carry some loose baby essentials but don’t expect to put a diaper bag in this “basket”. 4Moms specifically recommends that you don’t hang diaper bags on the handles (for legal reasons, I’m sure!) but since the stroller motor is in the front of the stroller and it’s definitely not a lightweight buggy, we can and have successfully hung full diaper bags on the handle without any problems. We are super happy about the TWO parent cup holders on the handlebar that gladly hold our Starbucks (cold drinks, of course, we would never stroller with coffee!!) or water bottles.

The Origami stroller rolls on 6″ front wheels and 9″ rear wheels and sports all-wheel suspension. This is definitely not an all-terrain stroller so that front swivel wheels do not lock straight. A one-touch brake is easy to do and is seriously flip-flop friendly since all you have to do is step down to engage it and step down again to disengage it. Easy as that!

Other unique features are the daytime and pathway lights. The daytime running lights make the stroller highly visible to drivers and the pathway lights light up your way in low-light conditions. A stroller with headlights is pretty darn cool, if you ask us!

With all this technology aboard the Origami, how does it push you ask? It’s a good push with good maneuverability. You can definitely tell there is a motor at work (the generator in the rear wheels that is recharging the stroller) as you push but it’s not sluggish. You’ll be better off maneuvering it with two hands but we had no problems strolling the Origami on smooth surfaces.

As I said at the beginning of the review, the Origami has the easiest fold and unfold on any stroller EVER! There’s nothing easier than a stroller that folds and unfolds itself! Turn the silver knob on the handlebar, press the yellow button and presto! the stroller folds down and locks itself into a pretty compact package. The two step fold (turn and press) is a safety precaution to prevent accidental folding. There is also a tiny button below the folding knob that locks the knob to prevent curious toddlers or children from folding the stroller on their own. And remember, the child safety sensors will never allow the Origami from folding with your child in the seat. Ever.

The stroller weighs in at a bit heavy 29 lbs so you won’t want to be carrying this baby all over. 4Moms knew this and added hidden luggage-style pull wheels to allow you to pull the folding stroller behind you like luggage.

Unfolding the stroller is as easy as turning the same knob and pressing the yellow button again. Open sesame! If you think any other stroller on the market is a head turner, you haven’t taken the Origami to the streets yet. All you have to do is fold or unfold it and it draws a crowd. Seriously.

Overall, we really like the Origami. It’s one of those techy products that we are sure some parents (hello, dads!) are going to have to have. While it doesn’t have the deepest recline or the largest basket, it makes up for it in really cool technology that lets us stand back while the stroller does all the hard word of closing and opening.

The stroller is retailing at a pricey $850 but that is right up the alley as the “other” luxury strollers that do not open and close themselves. So, it might just be worth it?!?

To watch our full in-depth video review of the Origami, click on the video below:

*Disclosure: We would like to thank 4Moms for loaning us an Origami for our review. As always, all opinions and statements are our own. 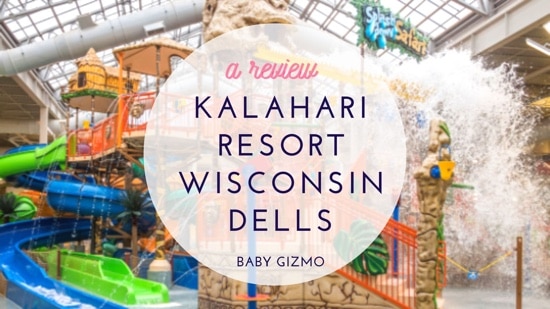 Is there a way to make the stroller a double stroller?

I was very interested in this stroller, and every feature was very exciting and high tec, but the reclining options are such a turn off! I thought the reclining would be something with the push of a button and all the way for those naps in the stroller. But no recline at all and some belts... Not a high tec! Have to wait , again, for them to come up with improved version!

This state of the art stroller will definitely will turn heads. I love the head lights and auto fold. It reminds me of the cartoon, "The Jetsons" what will they think of next?

WOW!!! AWESOME! I NEED THIS FOR BRAGGING RIGHTS ;))

I love that it can be a single or double strolled and that its so easily adjusted for for your height! Really awesome stroller.