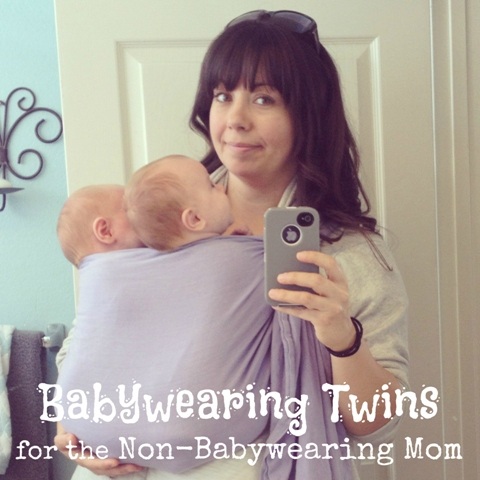 When I had my son, I used a Moby and an Ergo. The Moby was great when he was tiny, and the Ergo was awesome for long walks when he got older. I stopped babywearing when he got too old for a front carry because back carries freak me out. I know. I’m a wimp. I tried, really, but after watching Youtube tutorials of awesome, talented babywearers putting their delighted, delicious children in back carries, I would still walk away thinking, “What am I a trapeze artist? Flipping my kid over and around and above and below and loopity-loop on my back? That’s crazy talk.” (See. Not really a hard-core wearer of babies.)

Then I had twins. I am probably going to be holding someone at all times until the end of infinity whether I like it or not. I needed to figure out how I could wear one kid while bouncing another in a bouncy chair while balancing another on my head and still sip a latte. Because as a kinda-sorta babywearer, I definitely believe in the developmental importance of babywearing, but I also believe in the emotional importance of my caffeine fix.

I started out with the Moby, since I already had it and was familiar with how to use it. Wearing twins in a Moby is comfortable and snug and particularly helpful when they are little. They are both wrapped tightly and closely to mom’s body. The window for optimum twin Moby use was rather short, though. Preemie twins are too small to safely wear, but after the babies reach 10 pounds each you have to move up to wearing them each in their own baby carrier. For that short window, from around 7-10 pounds each, the Moby was fantastic. I could hold both babies at the same time, use both hands, and get in and out of the carrier rather quickly and easily, without having to hoist anyone on my back. Not gonna lie, it took some practice. This dude shows some hilarious attempts at wearing twins, but also the basics of how it works.

Once my girls got a little better head control, I moved on to tandem wearing them in the Maya Wrap Ring Sling. This has been my favorite twin baby carrier by far. The Maya Wrap is easy to use and really quick to put on and take off. I love having the extra tail of fabric to cover their little heads, and the pocket is really convenient for stashing my phone or keys. 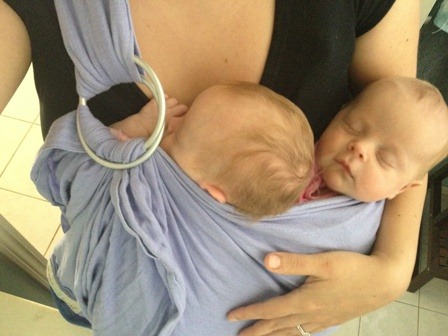 When they were under 10 lbs. each, I would often wear them both in the same Maya Wrap. Since my girls slept in the same bassinet, they found the closeness to each other very comforting. Once they hit 10 pounds, I switched to wearing one baby at a time and holding the other on my free hip if needed. I’ve used two slings at the same time, placing each baby in a hip carry, and have found this to be the easiest way to tandem carry twins with two separate carriers. This kind of tandem hip carry may not be super comfortable for long periods of time or allow your arms full range of motion. It does, however, work wonders when you are trying to soothe two babies at the same time (like at the doctor’s office)! For longevity and versatility with twins, I’d say the Maya Wrap has been the best and easiest for a non-babywearing babywearer like me.

As the girls grow, I see more need to expand my baby wearing horizons. A triple stroller isn’t really my jam, so I usually wear one baby and push the two kiddos our double stroller. In those instances, it would be nice to have a baby on my back instead of on my chest. I might have to ask a LEGIT babywearing friend to show me how to do a back carry (gasp!). Hey, easier access to my latte! 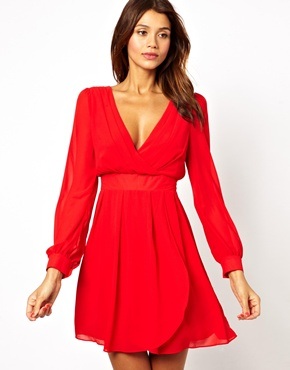 Whether you’re dressing for a wedding, holiday party or formal gathering, when you’re a breastfeeding mama, finding the right outfit can be a bit tricky. If baby is tagging along… 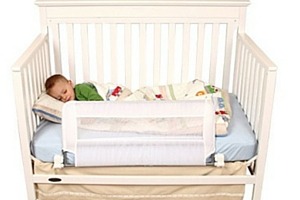 Well, the dreaded day finally arrived. Time to transition to a toddler bed. My son tried to climb out of his crib once, just before I had my twins. My… 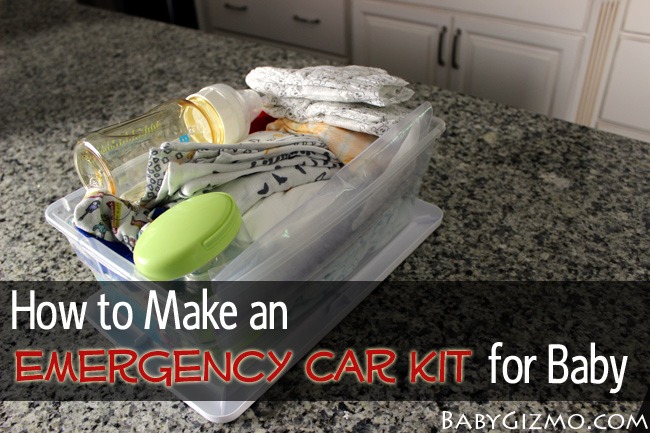 Have you ever run out of your house and forgotten the diaper bag only to remember it when you need it the most? No? You will. 🙂 We hope you… 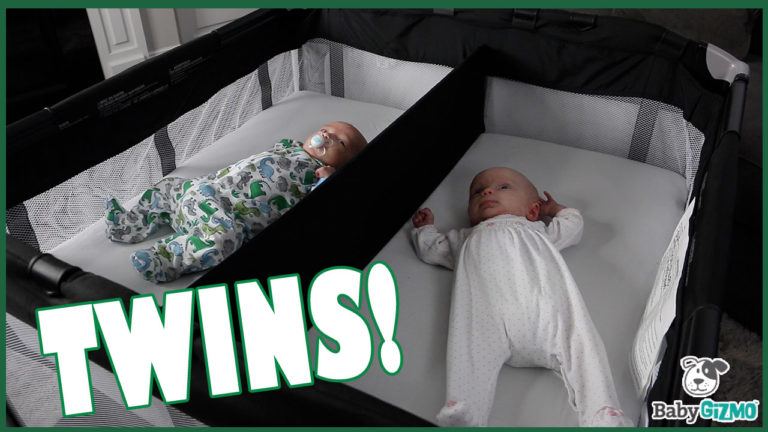 A good playard is one of my must-have recommendations for new parents because eventually you will have to set that baby down. Whether it is for a quick bathroom visit,… 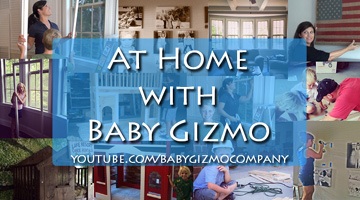 Many of you know that we made a big, cross-country move this summer to a brand new house in North Carolina. We have been sharing tons of photos on our… 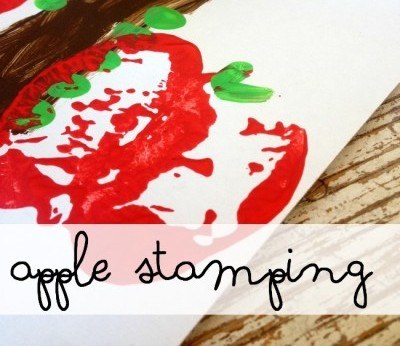 We’ve officially arrived in apple season! Around here we’re eating a ton of apples and canning applesauce, but if you ask my daughter, our most fun apple activity has been our…