It is a beautiful day in Chicago today and this morning I was on my way with all three kids to drop off my daughter at her second day at “Safety Town”. It is ironic to where we were going so let me quick tell you what Safety Town is.

The program introduces pedestrian, bike, fire, railroad, bus, animal, water, and personal safety. During the week, the children have the opportunity to make real-time 911 calls, participate in a fire evacuation drill and practice pedestrian safety and traffic hand signals as they ride special Safety Town vehicles on the streets of Safety Town.  The Safety Town Summer Program is a weeklong, 90-minute per day program for children entering kindergarten or 1st grade. Throughout the week, stories, games, songs, and videos reinforce the skills being taught. By using a “hands-on” approach, children absorb important information and have fun at the same time.

So, in order to avoid traffic, I decided to take the back country roads as I often do.  Again, it is a gorgeous day!  75 degrees with sunny, blue skies!  As I was driving down one of the country roads, we approached a huge farmer’s field that had a wrecked car in the middle of it.  I would say the car was a good 50 yards from the road.  The car was all alone and the road I was driving on was clear.  The car’s windshield was smashed and the front and back ends were pretty messed up too.  The car was totaled. At first I thought it may have been an old accident and maybe they hadn’t removed the car.  Why I thought that, I don’t know, because when does that really happen?  Until I looked just past the car!  This happened all in a matter of seconds but felt much longer.  When I looked past the car about 50 feet away, there was what appeared to be a middle-aged man laying in the field on his side not moving.  I had to take a double look to make sure that is what I saw.  Maybe it was a bag?  Or something?  I don’t know it could have been but I wasn’t sure it was a person.

Remember I am driving on a country road doing about 45 mph.  I immediately slow the car down.  Waaayy down to about 20 mph.  I didn’t want to stop at first because there are no shoulders on the side of these country roads and the road dropped off on the sides.  I didn’t want to get rear ended in case another car came flying down the road at 60 mph so I just slowed down.  When I looked to the field again, I was sure this time that there was a man laying in the field and not moving.  I grabbed my phone and hit 911 as fast as I could!  At this point, I shushed the kids and waited for 911 to answer.  I was still driving at this point…driving slow…but still driving.  I needed to find out what road I was on.  I take this road all the time but honestly didn’t really know the name of the road.  It was the “country road” to me.  So, I drove up to the four-way stop just down the road.  No street signs!  What?!?!  What intersection doesn’t have a street sign to tell you what roads you are on?!?!  By this time, 911 answered.  Well, to be honest, they answered right away.

“I’m driving down one of these back country roads and there is a smashed up car in the farmer’s field with a man laying about 50 feet from the car in the field.  There is absolutely no one around and no one has stopped.”

When I gave her the name of the school, the 911 operator knew just where I was at.  I flipped a u-turn at the school and backtracked to the accident.  It was less than a mile.

Just when I got back to the scene, luckily two men pulled up separately in pickup trucks.  I was still on the phone with 911 when I got out of the car.  The two men ran out into the field to check to see if the man was hurt, alive or dead.  I walked out just a bit in the field so that I could hear the men tell me if the man was breathing but still be close enough to my car that had my 3 wide-eyed kids in it watching everything.

“I don’t know.  It is upright but smashed up pretty good so it probably did roll.”

“How far off the road is the car?  And where is the man?”

“Ask the other men if the man is breathing.”

“IS HE BREATHING?” I yell to the men. “IS THERE ANYONE ELSE IN THE CAR?”

“Okay, we already have units on their way.”

Within 2 minutes of being back at the scene, I could hear sirens in the distance.  Within about 4 minutes, we were bombarded with emergency vehicles.  First, the police arrived.  Then the fire trucks followed by the ambulance.  It was like a scene out of a movie with how fast the emergency people arrived and swarmed the area.  And my car was smack in the middle of the entire thing!

Now, remember those three kids in the backseat?  I have a 2, 4 and 6 year old all strapped into car seats watching this all unfold pretty much in shock.

“Don’t panic, kids.  There are some people coming to help.”

Let me just tell you that my 4 year old son has had an obsession with police and firemen for about a year now.  He thinks he is a fireman!  No, really.  Anytime we pass a fire truck or ambulance, he yells “pull over, I have to help my friends!”  He has the entire fireman outfit: hat, coat, and boots.  So, as all the firemen are rushing by the car he couldn’t contain himself.

“Oh, honey, they are good.  Look at all the help they have.  Please, they want you to stay in the car.”

After I convinced fireman kid in the backseat to stay put, the questions from my 6 year old “Nervous Nelly” start.

“No, the man is just hurt and they will take him to the hospital to make him better,” I say in response to the look of horror on my daughter’s face.

You see, my 6 year old is a worrier.  Mix that with nightmares from time to time and this situation is my nightmare for her! A crashed car in the middle of a field with a dead man laying next to it?  And she is watching all the emergency vehicles descend on us like she is in the middle of a “Die Hard” movie?  Yeah, we are going to be talking about this one for a while with her.

So, I am standing by my car with the rear windows open so that the kids don’t freak out.  About 4 fire trucks, 8 police cars and an ambulance are surrounding us. Every time a police or fire man walks by the car my son yells “hi, friend!”  Remember our car is smack in the middle of it all.  The police come to take my information and to find out “what I saw” because I was the one to call in the accident.  We aren’t allowed to leave yet and really couldn’t because we were blocked in by emergency vehicles.

“But we are headed to Safety Town.”

“Just a few more minutes and we’ll get you out of here.”

So, we watch as the paramedics lift the man onto the stretcher and start wheeling him toward the road.  While they are moving him, one paramedic is doing chest compressions in attempt to get him breathing, I guess.

“What are they doing to that man, mommy?” the 6 year old asks.

Luckily, they wheeled the man on the stretcher in front of the fire truck that was parked in front of us so that the show was over for my kids. After a couple more minutes, the police cleared a path for us to leave.  I hopped in the car and we were off to “Safety Town”.  That wasn’t the end of it though.  That is just when more questions began.

“What happened to the car?”

“Was the man really dead?”

“Where are they taking him?”

The entire ride was talking about the scene of the accident.  Luckily, we had left a little early that morning so we made it to Safety Town only 5 minutes late.  And after Safety Town was over (it’s only 90 minutes), the questions resumed.

“Is the man still in the field?”

“Is that the field that it happened?”

I don’t know what happened after we left.  I do know that the road was still closed and blocked off by police more than 2 hours later.  I can tell my daughter is still genuinely worried about him.  And I understand.  That was someone’s son.  Maybe someone’s dad, brother or grandpa?  And when we found him – his family had no idea where he was or what happened to him.  It’s all very sad and my heart goes out to a family of a man that I don’t know.  My heart is also sad for my daughter who is going to worry about that poor man for days to come. As far as she knows, the poor man is in the hospital and getting better now.  She’s 6!  I didn’t have the heart to tell her otherwise.

How do you personally explain death or trauma to a child? 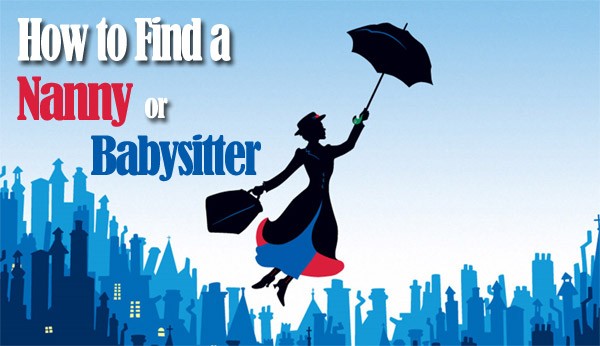 I recently wrote a post about questions to ask a potential nanny or babysitter. But how and where can you find possible caregivers to interview? Here are five ideas. Be… 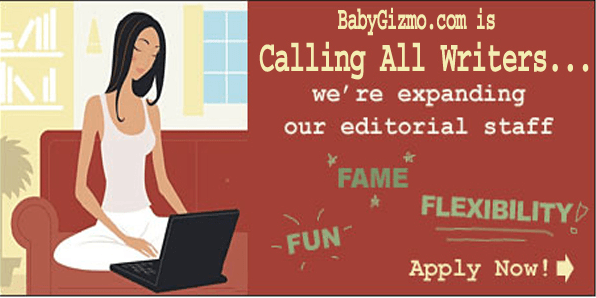 It’s that time again! Time to add to the team of Baby Gizmo writers!!  We are looking for Senior Editors to add to our team, as well as, guest bloggers…

What are some of the messiest things when it comes to babies? No, not just diapers. Car seats and strollers! My first baby rarely ate in his car seat but…

I’m not gonna lie: Some of the mom jewelry out there is a little over the top. Maybe it’s just me, but a necklace with giant letters spelling out “MOM”…

Disney has been telling stories that you love for generations. Also recognizing that YOU are a storyteller, they have launched the amazing Disney Story app this week. This storytelling app…