Like many little boys, my nearly 3-year-old twin sons are obsessed with cars, trucks, planes, and trains. So when I was given the chance to review Heroes of the City, a cartoon and app from leading Swedish media company Ruta Ett, I naturally jumped at the chance.

Heroes of the City is a television cartoon about rescue vehicles in a small town where everybody gets to be a hero. In each roughly 12-minute episode, main characters Pauli Police Car and Fiona Fire Engine help the townspeople find thieves, put out fires, and solve one of the many mysteries that happen in the otherwise quiet town. Many of the mishaps center around Calamity Crow, the most misunderstood bird in town. Emphasizing friendship, Heroes of the City contains a great deal of warmth and shows kids what can be accomplished by helping each other. The cartoon is primarily targeted at kids ages 3 to 7.

For my review, I was sent a DVD containing five episodes, a book, and two die-cast vehicles. I popped in the DVD and my boys were riveted from the start. Viewers meet loads of vehicles in each episode—an ice cream truck, a tractor, a seaplane, a garbage truck, and so many more. The boys got a huge kick out of Calamity Crow, calling him a “silly bird” and laughing at all of his antics. They really got pulled into the plot of each episode, becoming genuinely concerned by every “emergency” situation and excited to see if all would work out in the end. Of course, it always did! In addition to the main lessons of friendship and teamwork, I also like that each episode sprinkles in little lessons about safety, such as not playing with fire.

Once the boys watched all five episodes, I read them the book. They were absolutely thrilled! They got to see all of the characters they got to know on the show, and they enjoyed the “Where’s Waldo”-like search for Calamity Crow on the insides of the front and back covers. I think we read the book about three times a day for at least a week after they received it. They also love to play with the die-cast vehicles.

The wonderful Heroes of the City Movie App is geared towards children ages 2 to 6. I am one of those parents who allows my boys to play on my iPhone or iPad in certain situations, such as on airplane trips or during errands that involve long waits. I am always looking for entertaining, engaging, and educational games for the boys to play—and this app does not disappoint.

The Heroes of the City Movie App is available for iPhones, iPads, and Android devices on Apple iTunes and on Google Play. The free version of the app contains one episode, a music video, and three games. You can download the other 24 episodes and six games for $12.99, or a bundle of four episodes and one game for $3.99. There are parental controls to ensure that your child doesn’t purchase anything without your permission, but I do recommend buying the entire package. It provides hours and hours of educational fun for kids, including more than six hours of episodes.

The full app contains a nice mix of educational games that are both fun and challenging for little ones. Kids can paint with Calamity Crow, aim Fiona Fire Truck’s hose to put out fires, and build train tracks. There are also puzzles, a memory game, whack-a-mole, and lots more. As players complete levels, they earn trophies. Once they’ve collected all of their trophies, they unlock a secret prize. I don’t yet know what that prize is since my kids have not played the games long enough to collect all of the trophies, but I imagine we’ll be much closer to that goal once we complete our cross-country airplane trip next month!

To learn more about Heroes of the City, visit hotc.nu/en. If you’ve got a little vehicle lover, it’s definitely worth checking out! Thanks to Ruta Ett for introducing me and my family to Pauli, Fiona, and all of the other Heroes of the City. 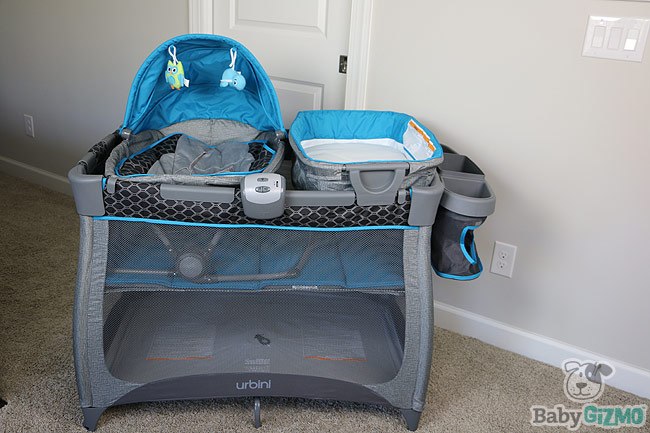 If you are planning a registry for your new bundle of joy, it’s always a good idea to make sure a playard is on your list. And now playards offer…

The Fisher-Price Jumperoo has been super popular jumping seat with the baby crowd for years, but was typically a space hog for parents. Stocked with songs, lights and toys, the…

The Chair Apron provides parents with stylish and functional chair seat covers. We recently tried out the Linen Chair Apron and, well, see for yourself… This is one of my… 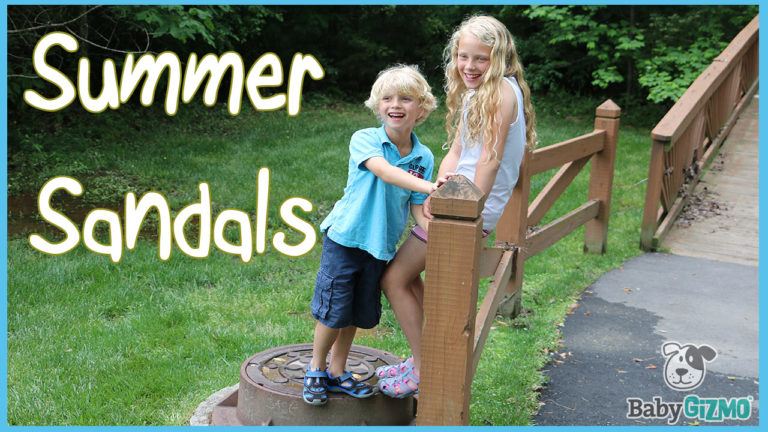 This is a sponsored post. Thanks for supporting Baby Gizmo. Summer is right around the corner and that means vacations, pool time, outdoor activities and more. At this time every…

Ugh, the winter weather has finally caught up with us. It’s all snow, rain and wind out there and all we have to wear is last year’s snow onesie that…