Our journey begins a few years ago, as my wife and I agreed in the summer of 2011 to try to have children.  We also got married that summer.  However, it wasn’t easy for us and we tried IVF.  On our first try, we were successful.  We decided to go with 2 embryos, and those embryos decided to become 3 babies – yup we were having triplets.  Unfortunately, it wasn’t an easy pregnancy for my wife as we found out that the embryo that split were monoamniotic twins (momo for short), meaning a wall that usually forms between the splitting of the embryos did not split.  This wall is very important, since without it, our momo twins cords can tangle and cause damage or even death.  Basically, our doctor gave us a 50/50 short of having all 3 survive.

At week 28, our 2 girls and 1 boy were born.  We named them Rylee, Saydee and Liam.  Our momo twins cords did tangle many times, and the cord of Rylee tangled around Saydee’s foot, causing Rylee’s heart rate to drop every time she kicked. The doctors and nurses worked quickly and got them out all safely.  Little did my wife and I know that this was only the beginning of the journey.

Once the babies came out, the girls were quickly taken to isolettes in the room my wife gave birth in.  Isolettes are basically these big see through boxes that try to keep your baby safe. Liam was taken into another room, since our room was already packed and busy.  I didn’t get to see him as he came out.  My poor wife didn’t get to see any of her babies, as being born at 28 weeks – they all need various forms of respiratory help and needed to be quickly taken to the NICU in the hospital.  I did get to snap a few pictures of the girls, and the doctors gave me good news, that they were breathing (whew!).  The girls were then sent off and I followed them to the NICU. I felt horrible that I had to leave my wife behind as the doctors had to close her up from her c-section. However, I knew that she’d want me to take pictures of the first moments of our babies life, something she’d be able to treasure and thank me later for.

It was a short trip to the NICU, but once I got there I was quickly overwhelmed.  I still didn’t know where Liam was (although the nurse told me he was across the other side of the room).  I saw that the girls were being set up.  There were machines and tubes being hooked into their mouths and noses to help them breathe.  There were different wires being taped to various parts of their bodies to measure their heart rate, respiratory, and oxygen saturation.  Basically, our babies were covered from head to toe with wires and tubes.  I didn’t know what to think, but all I knew at the time was that they were breathing, and that’s what was the most important thing.  A nurse then finally took me to see Liam, and I saw he was covered up with wires and tubes as well, but I could see he was okay. I kept telling myself that everything will be okay – but it was a lot to handle. Seeing this happen to one of your newly born babies is tough, but seeing it on three was worse. 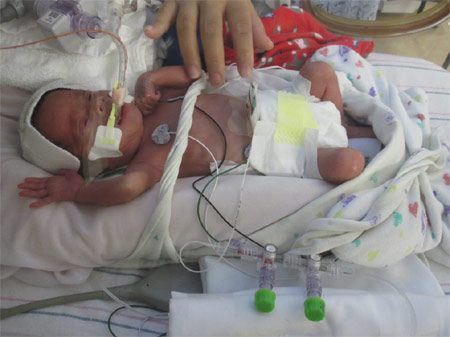 Being born at 28 weeks, we knew our babies were going to be in the NICU for a few months.  Just by doing previous research (we knew they would come out early, just not this early), you can expect them to stay in the hospital up to their expected birth date, and maybe longer (shorter if your lucky).  So we expected a 3 month stay – my wife and I realized this is going to be our home for a while.

Being in a NICU room can be overwhelming.  Each baby has their own monitor that shows the heart rate, respiratory and oxygen saturation and are measured by a number.  When this number drops below a certain level, the monitor will beep repeatedly, and it will signal that a nurse or respiratory therapist needs to come by and check out what is wrong.  The monitor will stop beeping only when it is temporarily paused or if the number goes back over a certain level. If you are in a NICU room, you will hear a lot of these beeps. The nurses tell us that they hear these beeps in their dreams.  After two months, I now believe them.  The nurses will also tell you not to look at the monitor and the numbers since it may not reflect what is actually going on with your baby.  It’s hard not to look at the monitor, especially as it beeps a lot. I found myself staring at the monitors and telling my babies to keep their numbers up.

Especially during the early weeks, you’ll hear the monitor beeps a lot.  As our triplets got a few weeks older, they have beeped a lot less. A lot of the times the monitor will beep due what is called a desaturation (or desat for short), which means the babies are not taking good breaths or there isn’t enough oxygen in their blood.  Our triplets did this a lot during their first early weeks.  Sometimes, it can happen just due to touching them.  My wife and I would be scared to touch our babies sometimes for the fear of causing a desat. Also, at such an early age, our babies would have apnea spells, which would mean they would stop breathing.  The nurses would tell us that this normal at their age and they would grow out of it.  But seeing your baby stop breathing for a few seconds isn’t an easy thing to do, and you’ll see this a lot. At 28 weeks, our babies minds were not developed enough yet to remember that they need to keep breathing. Only with time this would improve. 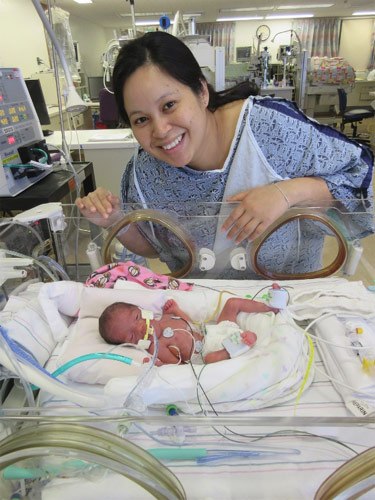 All three of our babies have had different journeys thus far.  However, Rylee has had the toughest of the three.  She’s already had 4 surgeries, and needs at least 1 more.  She was born without a connection from her esophagus to her throat, so she couldn’t eat anything.  So immediately on her 3rd day of age, she was taken for surgery to get a G-tube placed in her.  Unfortunately, due to her young age, she couldn’t get everything fixed at once.  The surgery to reconnect her esophagus needs to be done in 2 parts, and currently only 1 has been performed.

Rylee had a hole in her heart closed through surgery (this is a common surgery for preemies). Also, she had to get another surgery to get her intestine corrected.  Saydee has been through only 1 surgery, to fix the hole in her heart.

Liam has lucked out, as he hasn’t needed any surgeries thus far. I’m glad to say all the surgeries have been successful so far. However, when you see your baby go to surgery, you almost want to die. You’ll want to do anything in order to take their place.  I always feared the worst, but hoped for the best each time they had to go.  At the end of the day, the only thing I was able to do for my babies was sit next to them by their bedsides and pray.  Each surgery, I prayed and prayed, asking God to give them the strength to get through it in one piece. When you see them come back from surgery, it’s as tough as when they are taken down.  Once the babies wake up, you can see the pain in their eyes.  They are quickly then given morphine to help with the pain. My wife and I took turns feeling guilty, asking God if we did sometime wrong to make our triplets have to go through so much.

All of our babies have been through various kinds of breathing machines so far.  Only Liam so far has graduated and is finally breathing on his own.  However, it has been quite the struggle for all three of them.  We’ve tried Saydee on room air a few times, but she hasn’t succeeded and needed to go back to help.  Rylee hasn’t made it far due to her various surgeries.  It took a few tries to get Liam on room air, but he finally made it.  CPAP machines are attached to the nose, while the other breathing machines are attached through the mouth.  Rylee was able to be on the CPAP for a few days but has been intubated for her whole life.  I haven’t been able to hear her cry yet, not even when she was born. I’m still waiting for the day to hear her, and hoping that it is soon.

When you have babies in the NICU, you will have a rollercoaster journey.  You will have ups and you will have downs.  Although our triplets have been through a lot in their short lives, my wife and I try to keep positive about the whole experience. We have gotten to meet a lot of wonderful doctors, nurses and respiratory therapists who have been there for our babies from the start.  These people don’t get enough credit for what they do – and what they do isn’t easy. They work long hours and long shifts, and often sacrifice time with their families so they can help our family get better.  The nurses are basically our babysitters: they help change the diapers, feed them and clean them for us!

Our miracle triples have just turned 2 months old and are doing well. Liam is currently learning to bottle feed and if everything goes well, he may go home by the end of the month!  Saydee has just gotten through an infection, but is currently recovering well and isn’t too far behind her brother.  Our concern now is with Rylee, as she still hasn’t been able to digest well and still needs one more surgery.  Although we’ve been through a lot, my wife and I know are babies will get through this.  We can’t wait for the day to bring them all home.

About the Author: Julian Reyes is a father of triplets – 2 girls and a boy. Although he makes a living as an accountant at a CPA firm, he considers being a father the best job in the world. He loves cooking, traveling and making his family happy. One day, he’d like to travel the whole world with his family.

I’m a big fan of shoes. What woman isn’t, right? I don’t only like to shop for shoes for myself but I also love picking out shoes for my kids… 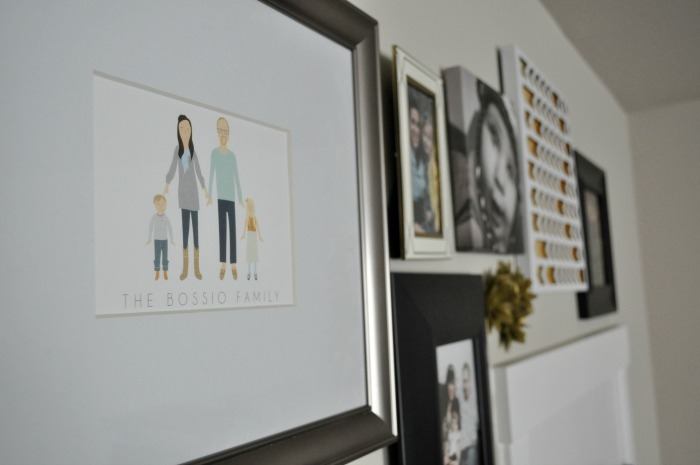 Last year we moved into our first home and with a blank slate I have about 10,000 pending projects. All inspired by Pinterest of course 🙂 One of my top… 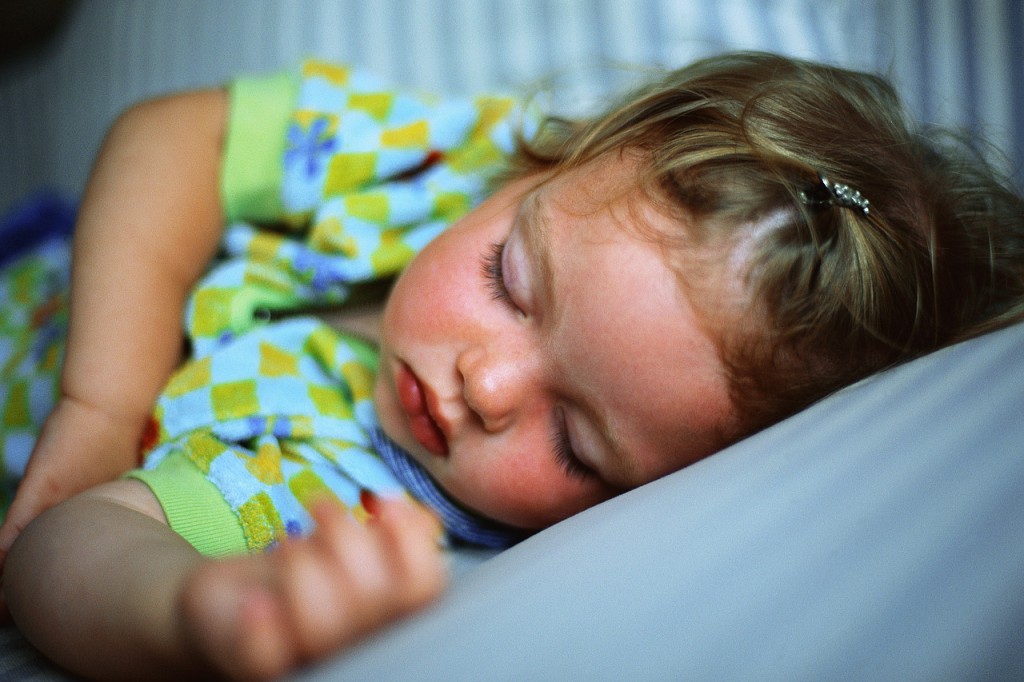 The day you’ve been dreading has arrived: You put your toddler down for his afternoon nap and he screams, cries, sings, and does pretty much everything but sleep. You try again the… 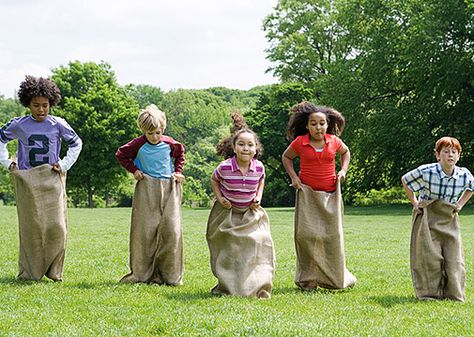 Every 4th of July, my family gets together for a backyard BBQ before we go watch the fireworks at night. I love the food, the people, but I L-O-V-E the… 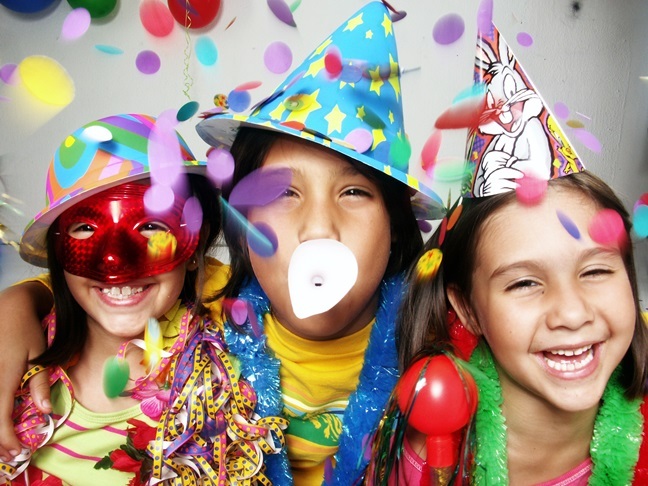 Let’s face it, if you’re a parent, which I’m sure most of you are, you can probably throw all romantic and exciting New Year’s Eve plans out the window. But…

You know how some people hear voices in their head? No, wait don’t answer that. Do you have a good cop/bad cop couple that plays out in your head when…