Over the summer, we took my daughter to a local theater to see Into the Woods. While waiting for the start of the show, my husband I were chatting about what other shows she needed to see in order to have a proper introduction to musical theater and, of course, Andrew Lloyd Webber’s CATS came up. Overhearing us, she asked about it and, being one of the few shows on our list that would be completely appropriate for a then-seven-year-old, we figured why not give her the cast recording to listen to. After she listened to the album, she came up and asked as everyone does after being exposed to CATS, “What is this even about?” My husband said, “You listened to it, you tell us.” Here’s the plot of CATS according to a seven-year-old:

“Um…there are Jellicle cats? And they have a ball? And then a cat gets chosen to go the Heaviside Layer by Old Deuteronomy?”

Yup. That about sums it up. The Jellicle cats get together to share their stories as they compete to see who will be chosen by Old Deuteronomy to go on to a new life on the Heaviside layer. There’s a little bit more in that there’s a villain who interrupts the process, but that’s the gist of both the show and the movie. (CATS is based on the poems of T.S. Eliot from his 1939 book Old Possum’s Book of Practical Cats.) It’s just kind of weird.

So given that glowing review, how did we end up seeing the film? Well, we missed the show when it was in town (darn), and the movie features Taylor Swift. Once my daughter found that out, going to see it was a done deal. Since we went, I figured I’d tell you what we thought of CATS.

My eight-year-old: “It was awesome! And it was also very fun! I really liked it.” She also found it suspenseful because of the villain and their unpredictable actions. My husband said it was fun to watch. He liked the adaptation from stage to movie, and he thought the changes between the two were positive. I enjoyed the music and I loved Andy Blankenbuehler’s choreography.

How old should you have to be to see it? My daughter said eight and up—ten if suspenseful movies scare you. My husband thinks CATS is great for anyone who is old enough to sit through it. He said even if you can’t follow the plot, you can enjoy the music and the dancing. I’m going to go with my daughter on this one. If all your child is going to get out of the movie is enjoyment of the music, save your money and buy the movie soundtrack for now. Why? In large part because there is some trouble with the CGI. I’m not sure what was off that made parts of the movie look like it was done with cheap special effects, but my bet is on the digital fur technology. There were whole chunks of the movie (mostly dance scenes) that looked like they were done on a bad green screen. I’m not sure if that effect will translate better to a small screen, but since I’m sure we’ll end up owning this film, I can only hope so. (Oh, and for what it’s worth, my go-to media resource, Common Sense Media, recommends CATS for ages ten and up.)

Big picture, should your family go to see it? I know the movie is getting terrible reviews overall, but I do have to wonder whether media outlets are sending movie critics or theater critics to watch it because, though it’s been a while since I’ve seen CATS on stage, a lot of what the movie was going for—and for which it is getting unmercifully dragged—is an enhanced version of what I remember seeing. Or maybe I saw a really bad production? I don’t know. Anyway, everybody in my family found something to enjoy about the film. If your child is old enough to follow a story told in a mostly sung-through musical, then here’s an option for a family movie that isn’t Frozen II (again).

It’s almost wedding season! I don’t know about you, but we have four weddings to attend this summer. I am still nursing my daughter and plan to until the fall… 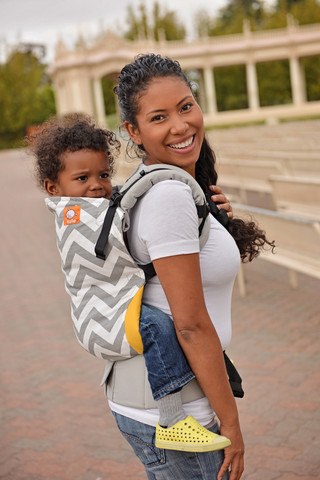 Valco Baby introduced the Spark earlier this year. This is a 3-n-1 versatile stroller that sports a toddler seat that transforms into a bassinet/carrycot without any additional fabric or frame…

We are over 6 days and 2000 miles into our road trip.  I have learned the hardest part of the day is after dinner.  During the winter months its too…

I have been the recipient of some truly horrendous Christmas gifts in my time, especially during my two pregnancies.  However, nothing beats these presents for the worst gifts of all… 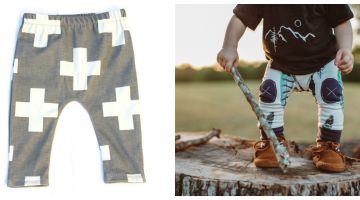 You’d think by baby #3 I’d be all set when it comes to infant wear. And I am. Cross my heart and promise ’til the cows come home. But ……