My daughter and husband love the movie Wreck-It Ralph, so I knew we’d be checking out the sequel, Ralph Breaks the Internet, when it hit theaters. The first film is not a favorite of mine, but between the Pancake Milkshake game and the Disney Princess teasers, I was sold. Here’s my movie review!

First things first: this isn’t a standalone movie. You have to see Wreck-It Ralph in order for the sequel to make any sense. With that note, here’s the general premise. Six years have passed since we last checked in with Ralph, Vanellope, and all our favorite characters at Litwak’s Family Fun Center and Arcade. Ralph and Vanellope have settled into a BFF routine, but Vanellope has gotten bored. Ralph’s attempt to add a little excitement to her life leads to her game breaking, and the arcade owner learns the necessary part costs more than the game console. He decides to unplug the machine and sell it for parts, leaving the characters gameless. Ralph and Vanellope decide to head to the internet through the arcade’s newly installed Wi-Fi in order to get the replacement part themselves. Upon realizing they need actual money to buy the part, they try a couple of different (and very “internet-y”) ways to earn it, exploring the internet and meeting new friends and characters along the way. And, you know, learning life lessons and stuff. 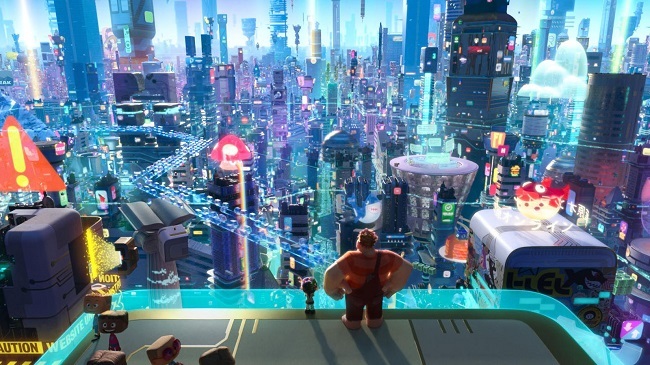 So, this was an interesting movie to review because usually, my seven-year-old daughter, my husband, and I are in agreement at the end of the film and on this one we were not! But wow, do I disagree with my daughter, and Common Sense Media on the recommended age on this movie. The kid thinks it’s appropriate for ages 7 or 8 and up, and my husband and CSM say ages 8 and up. I’d go 9, maybe 10; basically fourth grade. Obviously, there’s some fun stuff in the movie for younger kids, but:

Don’t get me wrong; I’m not worried that I’ve warped my kid by taking her to see this movie, I just don’t know how much she really understood. When I asked her what the movie’s message was, she got the part before the resolution (I’m not going to give any spoilers, but it’s not really the takeaway you’d hope your kid would have). However, with a couple more questions she was able to articulate the intended message. And she enjoyed the Princesses’ role in the story, having completely missed the snark—although we’re also one of those families that focuses on the princesses’ actions and personalities, so the part where they were all ready to attack Vanellope in their dressing room, while off-brand and “shocking,” was, for her, completely in keeping with the fact that her princess dolls play with her Princess Leia action figure.

All that being said, we did all agree that it was a fun movie. (As always, when asked what she thought after the movie was over, the kid proclaimed it “Awesome!” I swear she’s never met a movie she didn’t like.) My husband felt that it started off slow—he actually said that he wasn’t aware that the movie had started and thought he was still watching a preview—but that it picked up quickly. The Princesses’ scenes were hysterical, and there were a couple of scenes that made me laugh till I cried. There were some really tear-jerking scenes, too.

Final take: Funny, touching, good lessons about friendship, provides a great teachable moment about the internet (check out Common Sense Media’s “Talk to Your Kids About… for some ideas to get you started). This is definitely not a movie for your younger kids, though, whether because they’ll be bored because they’re lost or because they’ll be scared. Stick with that 8-ish and up suggested age range. As Ralph said, “Exciting is when you smile. Scary is when you clench your butt and my butt is still clenched!”

By the way, if you are person who loves to look for Easter eggs in your movies, this movie is nothing but Easter eggs. I feel like I could buy a copy and go through it frame by frame just to examine each scene for hidden objects—and not just in the Oh My Disney scene, which is of course full to the brim with inside jokes. Be sure to stick around for the bonus scene at the end of the credits. Don’t worry, it’s not at the way, way end—just after the first song ends. Trust me, it’s worth it.

We were recently gifted this game, and it has provided us with so many laughs, that I had to share it! Hedbanz is the classic old “What am I?” game,… 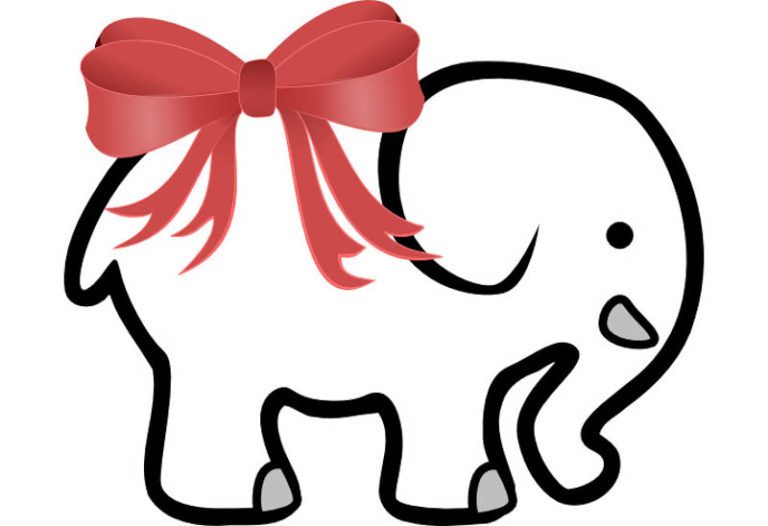 Maybe you saw our white elephant gift list for the jokesters in your life but you’d rather bring a gift that people would actually like to receive? Then enjoy our…

phil&teds has just raised the bar with modular strollers once again with their newest addition the Promenade. The Promenade is more classy than sporty and is truly a versatile stroller…

Feeding baby on the go was always one of the things that I (probably over) prepared for. I was always in the mindset that I wanted to be over-prepared so… 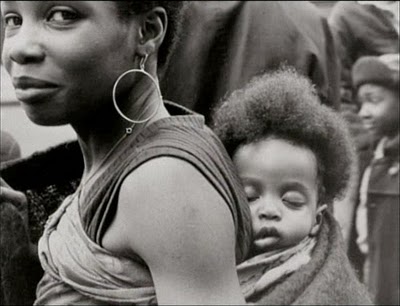 Happy International Babywearing Week 2013! As you know, we at Baby Gizmo love baby carriers, and earlier this week Hollie showed you the ERGObaby Galaxy Grey Carrier. In honor of…