In case you missed it (ha!), Solo: A Star Wars Story, came out this weekend. The movie follows the adventures of Han Solo before he meets up with Luke and Obi Wan Kenobi on Tatooine in Star Wars Episode IV: A New Hope. (That’s the original Star Wars movie.) My husband and I went back and forth about whether we should catch a matinee while our daughter was at school in order to preview the film and see if it was appropriate, or if we should just risk it and go as a family after school on opening day.

As he pointed out, Ron Howard ultimately directed, but as I pointed out, it co-stars Woody Harrelson, so…yeah. I was leaning toward the preview, but finally decided that if Common Sense Media gave it a 10+ rating (the same as the Episode VII: The Force Awakens and Episode VIII: The Last Jedi, which we’d seen in theaters), we’d take her, but if it had an 11+ rating or higher (like Rogue One or Episode III: Revenge of the Sith, which she hasn’t seen at all), we’d preview it before deciding if she could see it.

Well, Common Sense Media gave it a 10+ so against my better judgement, we picked the kid up from school and headed to the movies. Here’s my review!

I’m actually glad we went together. The movie was incredibly action-packed and fun to watch. However, while it was exciting to be on the edge of my seat watching it once, I’m not at all sure it would have been as much fun seeing it again once I knew what was going to happen (especially doing so just a few hours later the same day).

The general premise of the movie is that we meet Han Solo and learn his backstory, including how he and Chewbacca meet, how he and Lando Calrissian meet, how he comes to own the Millennium Falcon, and why he is, as Princess Leia says many years later, “a scoundrel.” We all know Han and Chewie don’t die because, duh, they’re in a bunch of other movies that take place later, but there are still tons of suspenseful moments in the film. Plus, a theme throughout the whole movie is that you can’t trust anyone, which certainly keeps viewers on their toes. As always, my daughter declared the movie, “Awesome!”

Potential concerns? Well, the betrayals are certainly concerning. The idea that you can’t trust anyone, no matter what is rather troubling. That message, however, seemed to fly right over my daughter’s head. She even identified one major betrayal as a misunderstanding or miscommunication.

As an action movie, there’s a lot of physical violence, which I always think is magnified by and seems so much more intense on the big screen. Generally, though, it’s bloodless and not gory: people get hit (hard) and stagger or fall over, and either they get back up and keep fighting, or they don’t. There’s a lot of peril and tension. There are several meaningful deaths in the film—again, they’re not gory, just… yeah. I won’t say more because spoilers.

Also, I’ll note that there’s a bit of innuendo (it’s Han and Lando, so that’s pretty true to character), as well as some kissing. If it matters, it’s always with closed mouths, just passionate and long-ish, which might get you some giggling or eye rolling from viewers of a certain age.

I asked my daughter how old you should have to be to see this movie and she said, “All ages except zero to three, and four, and five.” (Remember she’s six-and-a-half.) My husband asked, “So you think it’s okay for six- and seven-year-olds?” and she replied, “Mm-hmm, up to whatever number.” When my husband and I talked about recommended ages, we came up with a two-part answer.

If your kids have only seen the “original” Star Wars movies (Episodes IV-VI), I would stick with Common Sense Media’s guideline of 10+. There’s more action and peril in this movie than in the original trilogy, and the physical violence, while not bloody or gory, is more intense and realistic, as modern films tend to be in general when compared with older movies.

However, if your kids are Star Wars fans who’ve already seen—and were comfortable with—the newest two episodes (VII and VIII), this movie should be fine for them, even if they’re younger. And if your kids haven’t seen any other Star Wars movies, this is kind of an odd choice for their introduction, but stick with the 10+ guideline, I guess.

All in all, this was a fun movie! I enjoyed the chance to delve deeper into the stories of some familiar but, strangely, not particularly well-known characters. And—thank goodness—I didn’t feel like I was watching actors trying to play tribute to the people who had originated their characters. I enjoyed the suspense and tension, and spent the movie on the edge of my seat waiting to see what the next twist was going to be.

Like I said earlier, though: now that I know what the twists are, I don’t have plans to see this one again in theaters. Go, check it out, and tell me what you thought it the comments. (And be sure to check the link to Common Sense Media above for a guide to conversations to have with your kids after you see this movie. There are some great talking points!) 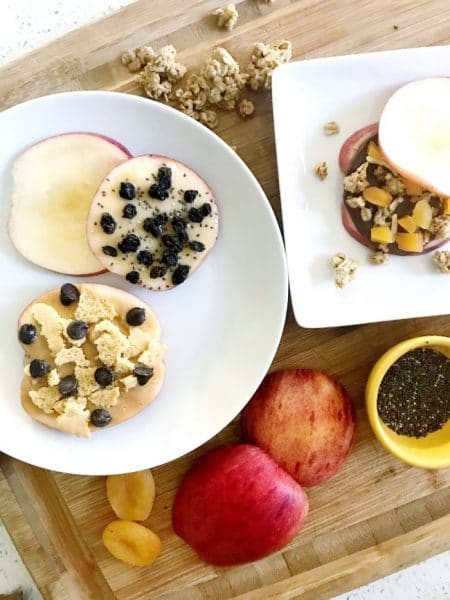