Bear with me here cause I’m going to think out loud for a little bit.

How do you do room sharing with your kids?

I ask because I tried and it was the biggest fail I have ever seen.

Let me give you a little back-story… My oldest will be nine in a few months, my middle son is 3.5 and is stubborn, sensitive and picks fights with his younger brother. His younger brother (my baby) is 18 months and is super chill but pushes his brother’s buttons sometimes (the 3.5-year-old) and likes to roll around, sing and talk himself to sleep… before nap and bedtime.

We have 4 bedrooms in our house, well, technically 3 bedrooms and a den/office but the den has no closet. I put an armoire in that room and made it a cozy space for the 8-year-old. He needs his own space and I thought it would be totally fine to have each kid in their own room. And while it is fine (and we are lucky to have the space we have– which is not huge by the way ), we are quickly running out of space as the kids grow.

So that is why I tried the room-sharing thing.

My 3.5-year-old transitioned out of his crib and into his big boy bed but we had an extra crib so I took that opportunity to try the room sharing idea. I didn’t have to move or take apart any cribs or beds and that way, if it didn’t work, I could take apart the extra crib and everything would go back to normal. Great idea, huh?

Well, remember the part where I told you that my 3-year-old is stubborn, sensitive and picks fights? Yeah… these two cannot share a room.

First attempt was naptime. I decided to forgo the 3-year-old’s nap (bad idea) and let the toddler get situated in the “new room”. The toddler wasn’t all that happy at first but eventually settled and took an “okay” nap.

Second attempt was bedtime. The toddler did his thing, rolling around while blowing bubbles; singing and talking to himself and it pissed the 3-year-old off. “Be quiet! Shhhh! No talking! Go to sleep! Shhhh! Stop it!” over and over and over. Which only prompts the toddler to blow spit bubbles towards his big brother in a sort of “nah nah nah nah boo boo” kind of way which then gets the 3-year-old really pissed off to which he replies, “Stop spitting!!!” Then it goes in a circle a few more times.

I knew right then and there that these two simply could not share a room. Their personalities just don’t allow for it to happen. I couldn’t allow it to go on any longer. I gave up and decided to keep my sanity. If it’s not broke, don’t fix it… right?

Naturally I think back to when the baby was born and wonder… if I had done it back then, would things be different? Then I wake up and remember that my then 2-year-old was a screeching mess (which started early in my pregnancy, not because of the new baby) and realize that he’s just not the room-sharing type. I also think about putting the 8-year-old and the 3-year-old in the same room (knowing they could share a room… although it would drive the older child batty at times) but then I go back to the whole it’s not fair to my 8-year-old mindset. They are 5 years apart!

So I basically don’t go anywhere with this except I wonder, what have you done to make room sharing easier? Do you take into consideration your children’s individual personalities? Do you believe that kids should share a room? Do you believe that kids should have their own rooms? Do your kids not have a choice but to share a room? and if so, how did you do it? Basically, give me your greatest tips and secrets 😉

Want to check out some of the cool, new toys that Fisher-Price unveiled at Toy Fair 2011?  Watch the Fisher-Price Funway Report!  It highlights some of their coolest new toys…

The popular Joovy Zoom 360 Stroller is now suitable from birth thanks to the new car seat adapters that were debuted recently. Adapters available for Chicco, Graco and Peg Perego…

Quinny has long been a favorite among new parents for their trend setting design. Now they are stepping it up even more with the announcement of their special edition line…

Calling all Doc McStuffins fans! It’s “time for your check-up!” My 3 year old daughter absolutely loves the show, so when a friend gifted her this Doc McStuffins Doctor’s Bag,… 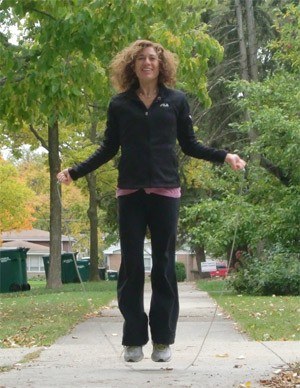 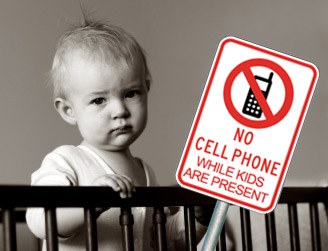