Okay, here’s the thing.  I’m cheap.  C-H-E-A-P.  I like to call it being frugal in this crappy economy.  I eat out with Groupons.  I make my three kids share 2 meals when we eat out.  I hit the grocery store with handfuls of coupons.  I play Friends with Words WITH the ads.  Why?  Because I’m too cheap to pay the $1.99 to have the ads removed from the app.

So when I received a bill from iTunes this morning that said I had been charged $26.55  for an app that I purchased, I was a little taken aback.  I don’t pay for apps.  I only get free ones.  Yes, I scan the apps and will only download the ones that say “Free”.  Not $0.99.  Not $1.99.  And certainly not $26.55!  Honestly, I don’t even download that many apps.  I may have 10 total on my iPhone.  I’m just not an app-junkie yet.  I’m sure I’m missing all kinds of app brilliance but haven’t taken the time to really search it out.

When I took a closer look at the iTunes bill it said it was for a “Dino Zoo” app.  This is a FREE app that I downloaded for my 4 year old on Saturday when we were out to lunch with family.  Now before some of you start lecturing me that I shouldn’t let my 4 year old play with my iPhone – take a step back.  Yes, I know an iPhone is expensive and is not a toy.  But as most parents know – desperate times call for desperate measures.  We were out to eat with family that doesn’t visit often and I just wanted to finish one conversation without being interrupted for the millionth time.  Yes, I cringe when I hand the phone over to my 4 year old.  I hope that important emails won’t be deleted but again – desperate times call for desperate measures.

Okay, back to the story.  My son wanted to play with my phone and kept begging me to download a dinosaur game.  Where did he get that request?  I have no idea.  He’s four.  So, I scanned iTunes for dinosaur apps.  I pass by everything that costs money.  Again, I’m desperate but still cheap.  I land on “Dino Zoo” and it says “FREE”.  Dino Zoo sounds like a game for kids, right?  And I’m sure it said FREE – so I download it, glance to see that it appears to be a cartoon dino that walks around and stuff and hand it to my child who was being supervised by grandma, I must add!!

After about 5 minutes with the app both my son and his grandma told me that they didn’t understand the app and were just going to play Angry Birds.  That was it.  It was the last time that I thought about Dino Zoo.  Until this morning.

I’m sure it said “FREE”.  I took a closer look at the iTunes bill again, and yes, Dino Zoo was free but I was charged for an “in-app purchase”.  Now, I’m not that iTunes or iPhone savy yet – but what the hell is an “in-app purchase”?!?!  Silly me thought that when an app said FREE it meant free.  Oh, how wrong I was!  Sure the app was free but I guess there are all kinds of adds and power-ups blah blah blah that can be purchased once you are in the app.  That is ridiculous!  I guess it wouldn’t be that ridiculous IF you had to type in your iTunes password with EVERY purchase.  I seriously thought that was how it was.  And IF it was in fact that you had to put in your password every time – my son would have never been able to make an “in-app purchase”.  My password is a combination of letters, numbers and symbols and even I don’t usually get it right on a first try.  Not only does my son not know the password but even if he did – it is too confusing for him to actually type in correctly.

After the $26 shock wore off, I went on the iTunes site to dispute the charges.  I would like to mention that it took me 15 minutes on the site just to find a contact form to fill out.  Kind of wish it was that hard to purchase an “in-app purchase”!  I haven’t heard back from iTunes yet but I sincerely hope they delete the charge for something that I did not want, did not use and I don’t think I even purchased.

The moral of the story is that FREE doesn’t always mean FREE when you are talking about iPhone apps.  Be careful!!

Since back-to-school shopping is in full swing, we are excited to announce that pediped has debuted more than 80 new styles for their Fall/Winter Collection to keep all those little…

Okay, it is Evenflo’s turn to recall over a million car seat buckles. In February, Graco recalled millions for buckle issues and now we have to check out Evenflo car seats!…

Not a good day for strollers today! After the 223,000 Peg Perego strollers that were recalled, we now have Kolcraft Contours Tandem Strollers on the recall list as well. This… 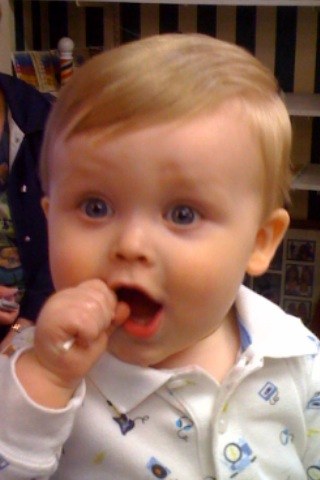 Little Bud has been blessed with a full (and I do mean FULL) head of the softest, most beautiful baby hair known to man.  OK OK…maybe I am being a…

Once I had kids, my whole body changed. Things shifted, expanded, drooped, flabbed, stretched… you get the picture. Working out hasn’t always helped either; I can look and feel great…

When I was growing up (back in the day), there were very few options in children’s television programming. You simply watched Sesame Street, Public Broadcasting Service’s long-running children’s show I…