If I was to have a girl, I really want to name her “Greenlee” which was my favorite soap character on the now defuct All My Children (played by the beautiful Rebecca Budig)

Seems I am NOT the only one who has influenced by television and film character names.  In celebration of the upcoming 1940 Census records release on April 2, FindMyPast.com  just conducted a popular names study:

Although women are going gaga over Mad Men’s Don Draper, what used to be 2 of the most popular names — Donald and Betty — have now fallen the farthest from favor since 1940.  There are many famous Donalds and Bettys, of course — Donald Trump, Betty White —  but soon we’ll be living in a world where Jacobs and Isabellas are king and queen.

Times have certainly changed since the 1940’s.  As of now, Jacob is the male name of the millennium. It’s been in first place every year since 1999, whereas it only ranked 234th in 1940.  (My 10 year old nephew is named Jacob and prefers that to Jake.)

One theory for the popularity of both “Jacob” and “Isabella” is that they both are featured in the Twilight movies.

According to Laura Wattenberg, author of The Baby Name Wizard, their popularity predates the Twilight phenomena.  “Jacob has captured the number one spot for 11 years in a row, and has been in the top 20 for 20 years.  Isabella, meanwhile, has the “ella” ending that is so popular with parents right now. Ella, Isabella, Annabella: It’s the sound of the moment.  And while it’s true that classic, grandma-sounding names like Ava, Sophia and Olivia are popular, parents are only picking a certain type of grandma names: Gertrude, Myrtle and Dorothy aren’t going to break the top 10 anytime soon. (In addition, Wattenberg points out that babies born today likely have grandmothers born in the 1960s, when names like Karen, Susan and Donna were popular.)

Hmmmm, I wonder if we’ll see a resurgence of Carries, Samanthas and Charlottes for those who were obsessed with Sex in the City.

Are all the young Harrys a result of all the Harry Potter fans?

Will today’s tweens be naming their children after Selena Gomez and Justin Bieber?

Have you been influenced to name someone after a favorite celebrity or character?

My first daughter hated being swaddled. She “told” me and the nurses this in the hospital by forcing herself free of even the most tightly wrapped blankets. But, I didn’t…

I think most little girls dream of being or becoming princesses, not necessarily because that’s their passion in life, but because marketers have figured out that the whole princess gig… 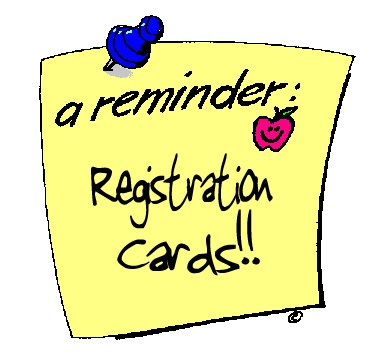 Of course, you should always send in the registration card for any baby product, but because of historical recalls and the huge potential for babies to get injured, these are…

Little Bud’s first birthday is quickly approaching, and the ever important sippy cup issue has really started to nag me.  I knew that making the transition from the bottle to…

Between my two pregnancies I’ve put in a fair share of hours brainstorming baby names. It’s a task I’ve never taken lightly … just ask my husband. Poor guy has been…

Hi, my name is Jessica and I’m a stroller hoarder. That it’s gotten to this point of me needing to be here at Stroller Addicts Anonymous is a bit embarrassing,…