Skip to Content
Home > Tips for Moms > Moving With Kids

My family is preparing to move this summer from Colorado to California, right after my twin boys turn 2. Although my military husband and I have moved several times before, this will be our first move since the boys were born. I would be lying if I said I wasn’t a little concerned about how they will adjust to their new home, new city, etc.

I decided to reach out to my Facebook contacts—many of whom are also part of military families and have moved countless times—to get their advice on how to make moving easier for kids. After all, who would know better about moving with children than people who have done it before? I also did a bit of my own research. Here are some of the best tips I compiled.

We have moved six times in the last nine years with the military, and our son has had a really hard time with this last move. The best advice that we can ever give is to talk through the whole move from start to finish. Let your kids know that you are also nervous about the move but that you are going to get through it together. —Robin M.

We would use the Internet to research where we were going—what it looks like, local attractions, etc. By the time we moved, they’d at least be somewhat familiar with their new surroundings. —Patricia H.

If possible, involve your children in selecting the new home. Once you’ve narrowed the choices down to two or three houses, get some feedback from the kids. If where you’re moving to is within a reasonable driving distance, take them to see the homes. If you’re moving to another city, show them photos of each home and describe the neighborhoods in detail. Let them know you’ll take their comments into consideration when making the final decision. After you’ve picked the house, keep them posted through the process. Have a little celebration once you know you’ve got the house. —tlc.howstuffworks.com

I take pictures of our current house and the most visited places in our current city—school, park, library, etc.—so we can look back and remember where we’ve been. —Jennifer A.

If you can, take the kids to the new place for a visit. If you’re just moving across town, plan to spend the day doing a walk-through of the house and a tour of the new neighborhood. Then you can visit the local branch of the public library and each kid’s school. If you’re moving a great distance away, you might still be able to do this, even if it just means beating the moving van by a couple of days and staying in a local hotel. In addition to touring the children’s schools and the local library, make arrangements to see any additional facilities you might end up frequenting like the area YMCA, community theater, or music school. —tlc.howstuffworks.com

We moved when my oldest was 3. I made a countdown calendar on which he would cross off each day until we moved. I would put pictures on some of the days to signify something special about the day, such as a picture of Grandpa and Grandma on the day they were coming into town. —Emily M.

One of the most difficult things about moving for any child is saying goodbye to friends. You could lessen the anxiety of this by hosting a get-together with family, friends, and neighbors and call it a “See You Soon” party. Make sure everyone exchanges contact information, and take photos of your kids with their friends. Between texting, emails, and phone calls, your kids should be able to maintain old friendships while transitioning to their new surroundings and making new friends. Depending on the distance of your move, you could speak with the parents of your children’s friends about planning a weekend visit or meeting somewhere halfway for a day visit. —tlc.howstuffworks.com

My son’s best friend just moved. She made him a little photo book of them together and gave him a little gift bag with a notebook, pencil, and their new address so they could keep in touch. —Bonnie B.

We made a big deal about visiting our favorite restaurants, parks, museums, etc. before we left, and took pictures at those places and with friends. Then I made a memory book for him on Shutterfly. —Emily M.

Avoid making other big changes during the move, like toilet training or advancing a toddler to a bed from a crib. —kidshealth.org

Send the kids to Grandma and Grandpa’s house, a friend’s house, a sitter, or day care while you are packing. If you can’t, have people around to help watch the kids while you pack. Let them play with boxes and safe packing material like newspapers. They can “help” you pack by putting some of their stuff in a special box. —Rachel J.

When you pack your toddler’s toys in boxes, make sure to explain that you aren’t throwing them away. —kidshealth.org

We always buy our son a new Leapster game for the long drive and give it to him right before we leave. We make it a huge deal that he gets to stay in a hotel (we always find one with a pool), and we let him pick the first restaurant to eat at during the trip. —Robin M.

We drive about six hours at a time, eat at a good restaurant, stop at a hotel with a pool and let the kids swim, and get a good night’s rest for the next day. This makes the kids a lot less crabby! —Kevin M.

If you are driving, bring movies, healthy and easy snacks, and bags filled with appropriate car toys. Also, bring tons of water—babies get dehydrated a lot faster on road trips than us big people! —Christine S.

Let kids carry their favorite toys with them during the move instead of packing them. —Wendi C.

Hold off on getting rid of your child’s old bedroom furniture, which may provide a sense of comfort in the new house. It might even be a good idea to arrange furniture in a similar way in the new bedroom. —kidshealth.org

We kept our kiddo out of the new place for the first two days of unpacking and moving in. When we brought him “home,” he arrived to his new room completely set up just for him. The rest of the house was still unsettled, but his world was complete. —Sarah Z.

We moved last summer with our 8-year-old. The best thing we did was to get her involved in activities right away. She went to camps to meet friends. —Tara B.

Try to maintain your regular schedule for meals and bedtime to give kids a sense of familiarity. —kidshealth.org

Let kids pick out their rooms in the new home. Maybe you can get them a new set of sheets or a new pillow for their bed. —Rachel J.

As soon as we got to our new city we worked on finding new favorite restaurants, parks, etc. —Emily M.

Have you ever moved with your children? Do you have any great tips that we missed?

Previous
Should You Sign Your Little One Up For Organized Sports? 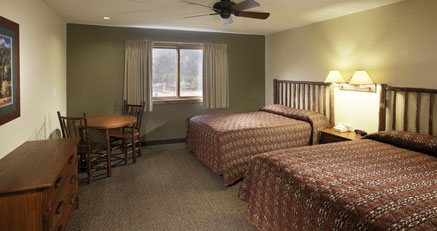 Hi Jennifer, One of our bloggers wrote about this recently - here's a funny account you may want to share with your viewers of 1 family moving from Chicago to Toronto and some tips on making the transition easier. http://habitots.com.au/2013/05/01/children-change-and-starting-anew/

My husband and I moved with our 2 weeks old! We're a military family, too. I was lucky enough to only have a tiny tear down there so I was okay with driving. We both drove separate vehicles (me pulling a u-hual) so there was no switching drivers. Instead we took a break every 2 hours so I could walk around and breastfeed the baby. We also only drove 8 hours the first day and then finished off the trip the next after a night in a hotel. It was better and easier than I thought it would be.