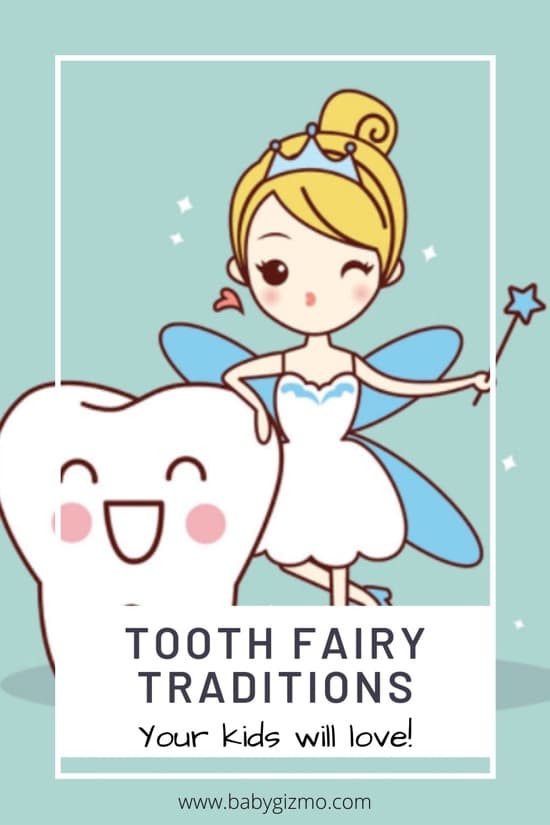 My four year old (yes, FOUR) lost her first tooth a few weeks ago so we recently had a visit to our house from the Tooth Fairy. Since my kid is on the younger side for loosing her baby teeth, I wasn’t prepared for this! I had only one day from the time she told us her tooth was loose to when it fell out to figure out what, if anything, I wanted to do to set up a Tooth Fairy tradition in our family. After scouring Pinterest and asking friends, here are some of the cute ideas I found in case you find yourself in a similar situation as I did.

Here are 7 Tooth Fairy traditions you may like, and what I ended up doing for my own kid:

Receipt: Kids see you get a receipt in return for paying for your groceries and items, so why wouldn’t the Tooth Fairy leave one? There are loads of adorable printable receipts out there to take inspiration from! 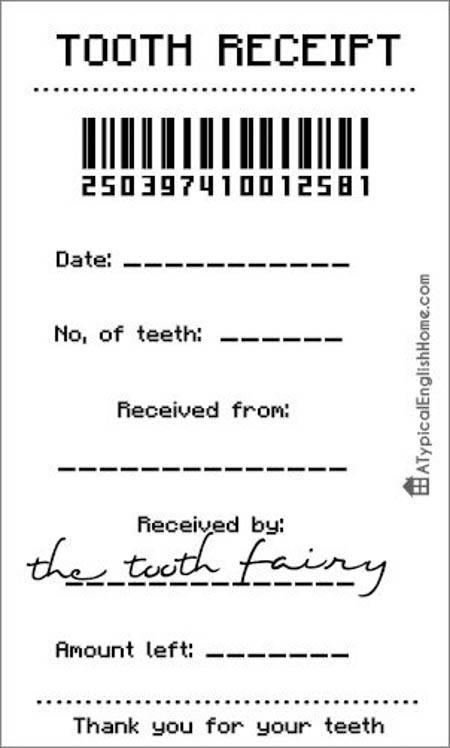 Pick a tradition from another country: For example, in Mongolia, children bury their tooth under a tree in the hopes that their new, adult tooth will grow in as big and strong as a tree. You can find other traditions HERE!

Tooth pillow pocket: This is one way to avoid losing the tooth under the pillow that’s fancier than just a Ziploc baggie. If you’re crafty, you’ll love this simple design by The Ribbon Retreat!

Tiny letter: Their baby tooth is tiny, fairies tend to be tiny, and so why not have the Tooth Fairy write a tiny letter to the previous owner of the tooth she’s picking up? This is a simple and cute way of making your kid feel special. And the message can be whatever you’d like! 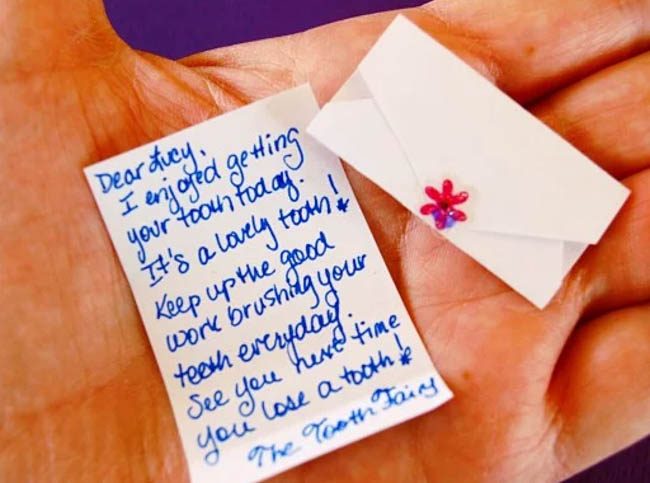 Fairy dust trail: Not only can you glitter up the money you may leave, you can leave a trail of glitter showing your kid where the sneaky fairy came and went! Just keep in mind…glitter is like the herpes of crafts and will get all over the place if you use it.

Leave a healthy tooth gift bag instead of money: It makes sense that a Tooth Fairy, who specializes in teeth, would give gifts related to healthy tooth care and encouragements for dental hygiene, right? Ideas include a fancy new toothbrush, animal-shaped flossers, and xylitol pops. 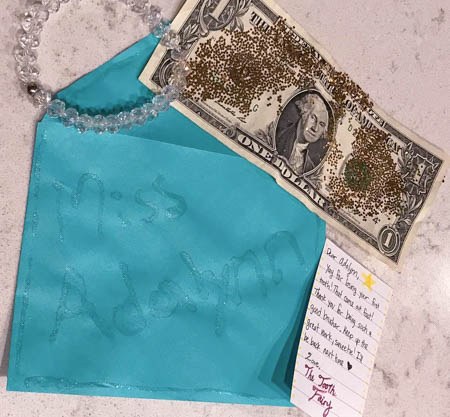 Her tooth fell out on a Sunday afternoon, leaving me no time to do anything exciting before bedtime. Since I wasn’t prepared, I told my daughter that, just like her daddy, the Tooth Fairy doesn’t work on Sundays and would come the next night. Then I went to Wal-Mart and got a cute, one-dollar bracelet, gold glitter, and broke a $20 so she’d get a dollar. I cut out a little piece of paper and wrote a little note to her as the fairy that basically encouraged her to keep brushing well. Since I didn’t want to worry about waking her searching for a tooth, I had her put the tooth in a Ziploc (I’m not fancy enough for a tooth pillow pocket). I snuck in and replaced that baggie with the envelope containing her note, bracelet, and a one-dollar bill I had glued glitter onto and then sprinkled a little glitter on her bed in a trail.

What I should’ve done:

What other Tooth Fairy traditions have you had fun with in your family? 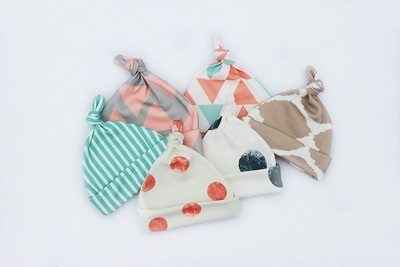 A great headpieces is the easiest way to accessorize your little one, so we’ve rounded up some of the cutest, most fashionable knotted headbands, caps, and slouchy beanies for your… 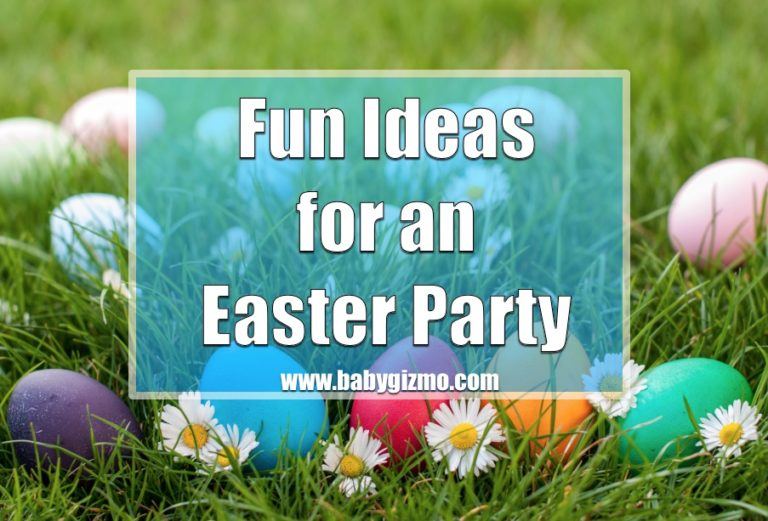 Each year I throw an Easter party at my house for my kids (6 & 3) and their friends. It is a big hit, and is something they both look… 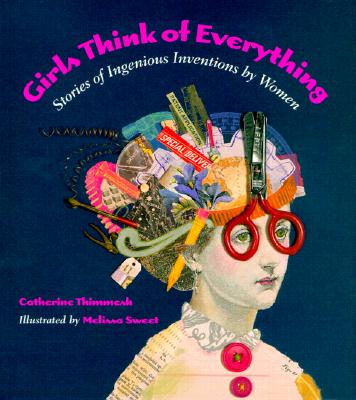 Take Your Daughter to Work Day is a wonderful opportunity to inspire and encourage your daughter’s dreams and aspirations. Regardless of what your job is, you can speak to your little… 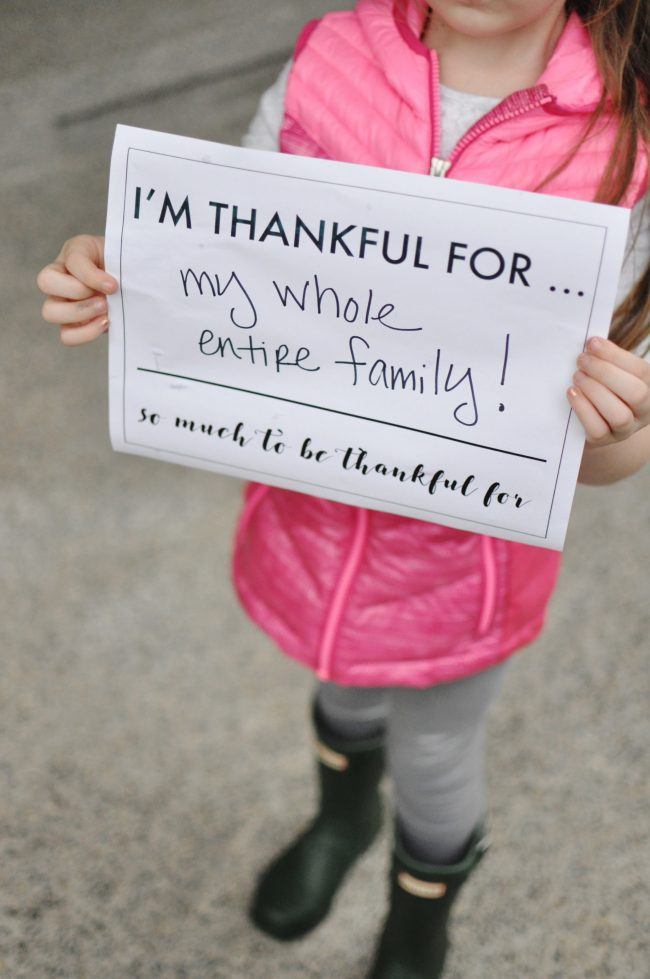 It seems like just yesterday that my feed was full of back-to-school photos. I love a seasonal photo opp just about as much as I love a pumpkin spice latte… 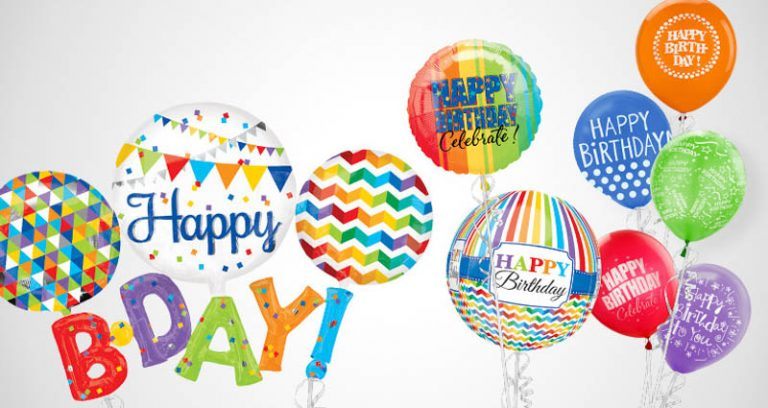 My kid may tower over the rest of her class, lick the floor of restaurants, and pass endless gas that she thinks is hilarious, but if there’s one thing she’s… 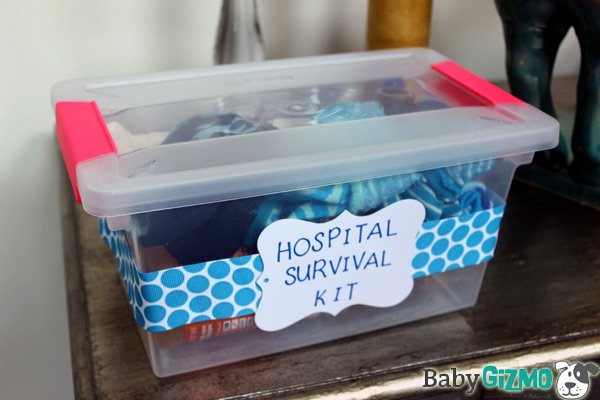 It’s always a challenge to decide what you are going to bring as a gift to a baby shower. Should you just grab something off the registry or think outside…