With Hollie’s latest post about the Crib Tent, it got me thinking about a Crib Tent vs. toddler bed discussion I witnessed on Facebook not too long ago.

Facebook is notorious for parenting comments… and sometime (un)wanted advice. I try to bite my tongue or offer up what WE did or what worked for US but inevitably someone either starts a debate or puts in their (pushy) two cents. I would rather answer a question when I’m asked about a specific thing or, like I said, mention what we did as a form of support. That is kind of the backhanded point of Facebook updates, right?

A little while ago, a friend of mine mentioned her 2-year-old had climbed (rather had climbed and fallen) out of his crib. Someone laughed and said sorry, another mom mentioned the Crib Tent… to which I replied, “Yes! Crib Tent! Life saver”. Shortly after that, another response came through “time to move him out of the crib”.  My first response was to bite my tongue. Unless the person saying that lives with the family (which I doubt is the case) how would you know what the toddler is ready for?

MY kids have not been ready at (just barely) two years old to comprehend what bedtime means. Now, before you jump down my throat, if your mom instinct tells you that your child is ready or you have no other choice (like if a new baby needs the crib), I totally get it. I’m just saying that I prefer to keep my kids in their crib until we both feel ready.

My first son transitioned with ease. He was around 3.5 when we converted his crib into a toddler bed. Around 4, he started sleeping in a big boy bed and understood the meaning of bedtime. There was never a struggle, learning curve or problem with his sleeping patterns.
My second son started climbing his crib right after my third son was born (gotta love the Jenny Lind style cribs- they give climbers extra leverage!). He was barely 2 at the time. I was not emotionally, mentally or physically prepared to go through days and nights of a mischievous toddler busting out of his room at all hours and possibly waking his sleeping newborn baby brother… in the next room. I also knew deep down that he was not ready for the big transition to a toddler or regular bed. A few things led me to those feelings- for one, he’s very small and I had seen his reaction to lying on his big brother’s bed, he was scared of the big open space. He also didn’t know what to do. He had all this freedom and exploring a dark room was way more exciting than trying to fall asleep.

His crib tent was not a jail; it never was and never will be. I listened to his cues and we have changed things up based on where we are both most comfortable- he slept in the bed with me for months, next to my bed for months, in his own crib, then in the same crib but in a new room (to make room for baby brother). I feel like he has transitioned nicely with each step and his sleep patterns have not been affected by any of the changes. Ever. He’s a wonderful sleeper! In fact, all my kids are. I’ve never pushed them into a sleeping situation they aren’t comfortable with or not ready for and I honestly believe that has a lot to do with their sleeping habits. But that’s my kids and me.

A few months ago, my second son (at almost 3.5) was still in his crib, with the crib tent. My husband and I started to feel that he might be ready so we tried, every once in a while, to see if he wanted to make the switch. The two times we really tried, he climbed out of his big boy bed (a twin bed that is close to the floor with a double bed rail), and scaled the outside wall of his crib. We watched him on the video monitor, it was quite funny. So he preferred the crib. He also got a proper amount of sleep and was a much happier kid because of it. We didn’t push it any further.

A few weeks ago, we saw even more signs that he was ready and perhaps the crib tent was becoming a crutch. We bought him a toddler-sized pillow, a train pillow case and train sheets; We made his big boy bed a safe and comfortable place for him. Now that the baby is older and sleep seems to be consistent, now that we all felt comfortable and like we were at a place to make the switch, we tried it again. And? it worked! We were all ready, but most importantly he was ready, and the transition went smoothly.

How old was your child when he or she transitioned to a toddler (or big kid) bed? What were/are your struggles? 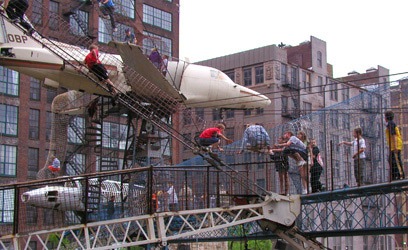 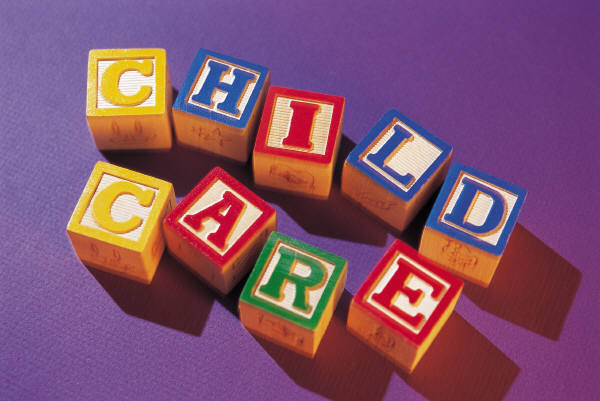 Next
Daycare; The Good, The Bad, and The Ugly
Click here to cancel reply.

I’m struggling with tent or toddler bed. She just started climbing out regularly, like bed time is a nightmare now when it never used to be. I’m worried that toddler bed is too much freedom and that tent will bring negative feelings. I also think she’s getting her molars. No other changes, no life changes, my perfect sleeper is just not anymore:-(

Wait, I thought crib tents were recalled? Am I missing something or confused?

Btw, I really love this article. My daughter climbed out at 1 and everyone was being pushy and told me to put her in a bed. I thought that was the stupidest idea ever. Let's just give her the house keys while we're at it so she can truly have the run of the house without any supervision! Any way, she's 2 now and still climbs out sometimes. Never at night (yet). Only at naptime so far. We watch her and just keep putting her back. If crib tents are safe, I'm so glad to find out! She is so not ready/mature enough for a bed!

How do you potty train when they are still in a crib?

My daughter was in her toddler bed at 13 months too, she hated her crib and I was scared she wouldnt like her bed either, so we went to BRUS and she picked the dora bed, and she's been sleeping great ever since (shes now 27 mos). On the other hand I still remember sleeping in my crib when I was 4 years old, LOL. Every child is different.