First of all, I have to say, I love this thing.  It’s cute, it’s functional, and there’s surely a color to match any nursery décor.  In the looks department, the Ubbi beats out any diaper pail I’ve ever seen.  So when we ordered ours, I was really hoping it was going to deliver in the practical sense too.  I’m happy to say it does. 🙂

So, what makes the Ubbi different?

-Made of powder coated steel (doesn’t absorb odors like plastic)

You can use regular ol’ kitchen trash bags in the Ubbi.  No expensive refills!  AND you have the option to use a reusable cloth liner instead.  A diaper pail that works for disposable and cloth diapers? Amazing.  We use cloth and most diaper pails don’t come with the option to use a washable liner, so this was a bonus.  We did use disposables for about a month, so we were able to test the Ubbi out with the garbage bags as well.  It works well with both.  It’s easy to use and contains all the diaper stink – can’t ask for much more than that!  For the first 4 months after our son was born, we kept this pail next to his bassinet in our bedroom.  This means I was sleeping with the Ubbi about a foot from my head.  If there were any stink issues, I’d know alllll about them.

I’ve easily opened the Ubbi and thrown a diaper in with one hand.  To open the lid, you push down gently on the handle and then slide it back.  The sliding lid is supposed to limit the amount of air disrupted in the pail, minimizing how much stink gets out into the room.  This seems to work.  I only notice the smell if I leave the door open for a few seconds.  Next to the sliding lid is a little knob that acts as a lock for the lid.  This keeps toddlers from using the sliding lid as a source of amusement.  I don’t have a toddler to test this on, but it looks to me like it would do the job.  I should note however, that the lock only works for the sliding lid, not for the lid you would lift to change the bag.  A crafty toddler could possibly get that part open.

There are only a couple minor issues I have with the Ubbi diaper pail.  The first, is that it slides around fairly easily on our hardwood floors, especially if there are only a couple diapers in it.  I’d love to see it have a non-skid bottom. The second, is the inside of the pail is usually covered in condensation when I remove the reusable liner.  I tend to leave the lid up and let it air out for a while before replacing the liner.  The other option is to wipe it dry and pop the next liner in.  Not a big deal, but I’d love to be able to skip either of those steps.

Overall, I think the Ubbi Diaper Pail is great.  So great that I even bought a second one!  When our little guy was a newborn, and going through 1000 diapers a day, we had one on each floor.  Now that he’s 7 months and we’re using a diaper sprayer on his cloth diapers, I keep one in the bathroom so I don’t have to carry a wet diaper back to his nursery.  Do I need two?  No.  But sometimes I get excited about the stuff that I really like. 🙂 I have a couple of the Ubbi brand reusable liners and find those to be great.  They’ve washed well and fit easily into the pail but the drawstring isn’t really functional.  The inside of where the drawstring threads through the fabric is lined in the waterproof coating, making it impossible to slide the string.  I’ve also used a size 2 AppleCheeks wet bag in the pail and it works well too.

If you’re looking for an attractive but functional diaper pail, or one that works well for cloth diapers, I would absolutely recommend the Ubbi Diaper Pail.  If you ask me, it’s the cutest poo-container on the market. 😉

About the Author: Christa’s home sweet home is in Newfoundland and Labrador, Canada.  She is Mom to one adorable little munchkin and is a self-professed review fanatic.  Her day job includes working with her husband in their Chiropractic clinic.  Currently, he’s holding down the fort at work while she attempts to hold down the fort at home.  In between diaper changes and baby snuggles, she’s finding some time to write reviews about the products that are making her life a little easier.  You can read her reviews and musings over on her blog www.ReviewMommy.com 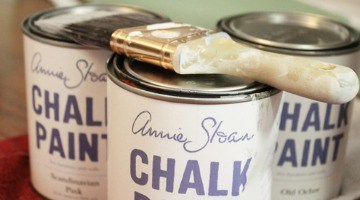 Previous
The Perfect Paint For Your DIY Project 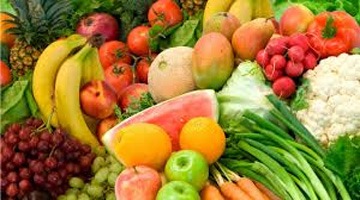 Next
Tips On Getting Your Kids To Eat Fruits And Vegetables
Click here to cancel reply.