Getting Outside When You’re an Indoor Girl 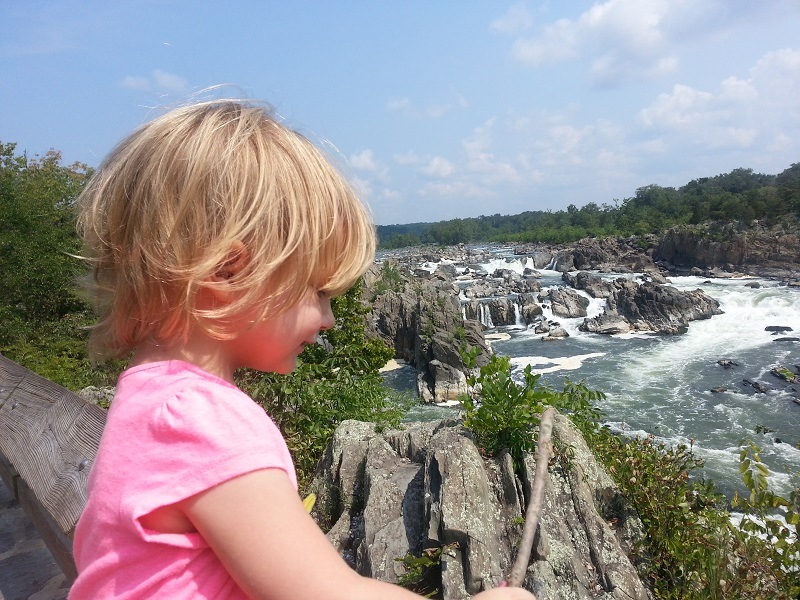 Just between us, I hate nature. Humidity, dirt, sand, bugs, itchy grass, heat, mud, snow, cold, rain, animals, bodies of water that smell like fish, the funk that washes up on the beach. Ugh. I’m an indoor kind of girl. But like many of my other, um, “less-than-charming” attributes, my dislike of the great outdoors is one of those things I’d prefer not to pass on to my daughter. What’s an indoor girl to do?

One obvious way to instill appreciation for the natural world is to get outside. Given my druthers, I’d prefer to stay inside climate-controlled spaces from May until October—Northern Virginia is one big, hot, sweaty swamp. We have a townhouse with no yard, so avoiding outside play isn’t really that difficult. However, I make an effort to take my daughter out for runs and walks in the stroller. While we’re out, I try to pay attention to her so I can notice when she expresses a desire to look at something and we can stop. I look for interesting things to show her, like pretty flowers, turtles sunning themselves, or spider webs between the rails on the bridge over the lake. (Yes, lake. I may have no yard, but across the street is a lakeside neighborhood with private beaches. Score!) As a family, we go hiking. We live near some beautiful local parks and even I will admit to being awed by the beauty of the Potomac River as it flows through the Mather Gorge in Great Falls Park. My daughter and I also go to playgrounds, spraygrounds, and pools, and we frequently walk (well, I walk and she rides in the stroller) to errands. More fun in the sun, right?

But still, that’s pretty urban nature, you know? So we go way out into nature and go camping. I was bribed into doing this three years ago when my husband agreed to purchase a six-person tent, camp chairs, camp cots, sleeping bags, camp pillows (all L.L. Bean, natch), and an adorable camp kitchen. Last year we added personalized duffle bags and a beach shelter. Oh, and new shoes! I’ll do anything that has cute accessories! The first year we went camping, my then-two-and-a-half-year-old got out of the car, walked halfway up the incline to our campsite and tripped. She stood up covered in pine needles and sand and looked at me with the most fantastic “I want to cry./What the hell, woman?!” expression on her face, and all I could think about was how dirty she was. Ew, ew, ew. I sucked it up and said, “Brush it off,” as I showed her how to brush off her hands and body. Two days later she was cheerfully running around barefoot and playing in the dirt. God help me.

Another option is to bring nature inside. I haven’t done much of this, but I have friends who have brought snow inside when their children were too young to play safely in the cold. Other friends use found natural materials like sticks, leaves, and pine cones to make art or to use as manipulatives. One way my family brings nature inside is plants. We’ve planted a bean in clear glass to watch it root and grow, and then transplanted it to a pot on our balcony where it continued to grow and we were able to harvest beans. We’ve also grown flowers, miniature carrots, and spinach (although the birds ate all the spinach). And we bought red pepper plants that we nurtured and harvested. My daughter would refuse dinner, then go out and pick a fresh pepper to eat like an apple. The pictures of this are rather vampiric and more than a little bit creepy.

If I’m being honest, I think my favorite way to get my daughter involved with nature is to pay someone else to do it. Her preschool has a robust science curriculum and she gets exposed to so much there! Her classrooms have raised guppies, watched caterpillars become monarch butterflies which were released into the school’s certified monarch waystation, hatched chicks, hatched ladybugs, and watched frogs grow from eggs into tiny frogs. This year, her class had a hermit crab—emphasis on the had. Story time! My daughter came home one day informing us the hermit crab had died. We hadn’t heard anything about it from the teacher, so I didn’t think anything of it. That is, until we got our weekly photo album, in which I saw the children gathered around the teacher who was holding the hermit crab, which looked pretty dead. As I read the teacher’s newsletter, I learned that the crab did indeed die, so the teacher seized the moment to teach the kids about the circle of life. Whoa. Intense. Anyway, the classes go outside every day unless the weather is dangerous, which lets them see the effects the seasons have on their environment. The preschool is situated in a wooded area with paved and unpaved paths, so the children sometimes gather natural materials for art projects or the sensory table. (So. Many. Acorns). Sometimes they do tree rubbings. Spiders, large grasshoppers, and the occasional lost frog on the playground are pointed out and admired. The school has a garden and a volunteer gardener who works with the staff and children to raise vegetables that they children get to eat in class. It’s all really awesome! And since I’m not the co-oping parent in my family, I don’t have to do anything more than be excited about the stories and the learning!

So there you go, folks: four tips for getting your kid into the great outdoors that are totally feasible, even for a great indoors lover like yours truly. Before I sign off, though, I’d love to share with a story about how not to go about instilling a love of nature in your child.

One day a couple summers ago, my husband noticed a cicada exoskeleton stuck to the trim on our garage. So he called me and our daughter over and we admired the creepy thing until she said, “Okay. I want to go inside now.” That’s my girl! A couple days later, she and I were taking one of those nice urban-nature walks through the lakeside neighborhood I mentioned earlier when I saw an actual cicada on the ground! I stopped and pointed it out to her, but she couldn’t see it from the stroller. As the bug was obviously dead, I put on my big girl panties and decided to pick it up and show it to her. The things we’ll do for our kids, amirite? Because there I was actually holding the edge of a dead bug’s wings by the very tips of my fingers and oh my god could it get any worse than this?! Why, yes. Yes it could. Because THE CICADA WASN’T DEAD! It started buzzing in my hand and I freaked out and threw it. At my kid. Who was five-point harnessed into the stroller. She started screaming (which I had managed not to do) and I tried to grab the bug. I succeeded in knocking it under her butt. I started to tip the stroller over to dump the bug out, but realized that wasn’t a good idea since the kid was still in it. I managed to get her out of the stroller—still screaming—and dumped the stupid cicada out. I considered killing it in retribution for the fact that it wasn’t dead, but they’re awfully big bugs and I like my sneakers. I succeeded in getting the freaked out and wailing kid back in the stroller, and we continued on our nice relaxing walk in the great outdoors. 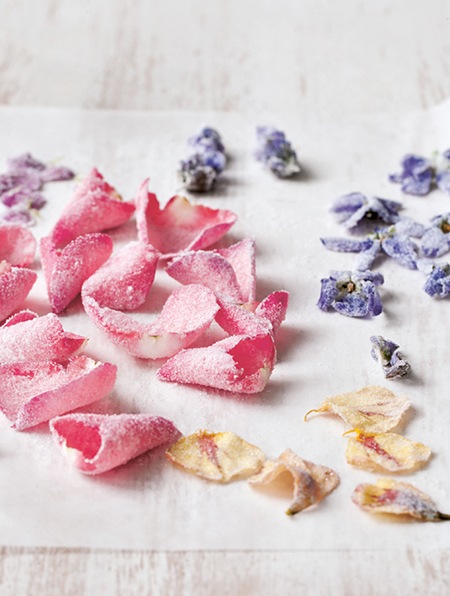 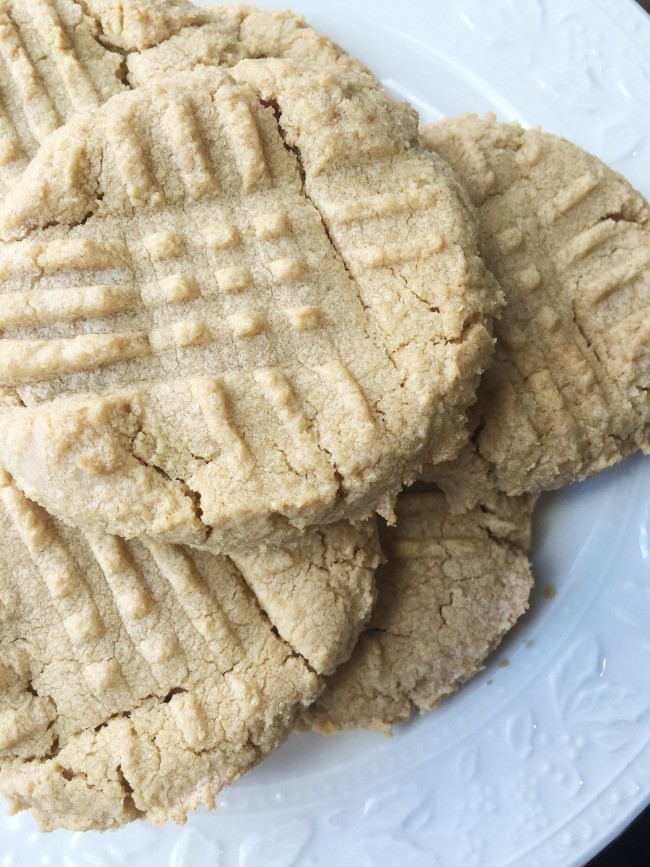