10 games you can play with a beach ball

There isn’t a better way to spend a summer day than at the beach.  Be it a lake, ocean, or even a large puddle, there is something about being outside near water that makes everything more fun. However, no matter how happy your kids are at the shore, it is nice to have some activities in your back pocket to pull out if you need to rally the troops a bit.  Here are 10 games you can play with only one piece of equipment required: a beach ball!

1. Write an action word on each segment of the ball – jump, spin, chicken dance, etc. Have kids throw the ball back and forth. Where ever their hands land when they catch the ball is the action they have to do.  The funnier the actions the better!

2. Draw two lines in the sand as far apart as you have space for. Have two kids walk one ball from one line to the next with both using two hands, then one hand, then no hands, then only back, then only knees…you get the idea.  The options are endless and this is a great teamwork exercise for kids who are sick of each other.

3. Play hot potato with a beach ball.  Have everyone sit in a circle and pass the ball around while music is playing. Whoever gets caught holding the ball when the music stops is out.  Repeat until there is one person left. This is a good game when you are on a crowded beach because it does not take up much space with running around.

4.  For another music based game, give everyone their own beach ball and have them run around with the ball while music plays.  When the music stops have each kid sit on the ball as fast as they can. Start the music again, but have them do a new movement (gallop, hop, spin, etc.) and repeat the game. Talk about a good way to tire kids out!

5. Get two or more kids to grab the ends of a beach towel and place the ball on the towel. Have them work together to throw the ball up in the air and catch it in the towel.

7. If you have a large group of kids to entertain, divide them into teams.  Have each team stand in a front to back line. When you say “go,” have the first person pass the ball over their head to the person behind them.  The second person take the ball from the first and passes it between their legs to the person behind them.  The first team to get the ball from the front of the line to the back wins.  You can also have the teams return the ball to the front of the line following the same method for added challenge.

9. Good old fashioned dodge ball works great with a beach ball because injuries are few and far between.

10. Don’t forget the classics like volleyball, soccer, and catch! 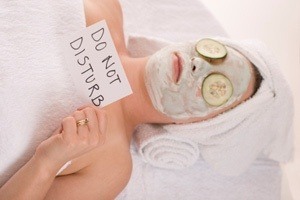 Previous
10 Very Easy And Very Cheap Ways To Pamper Yourself 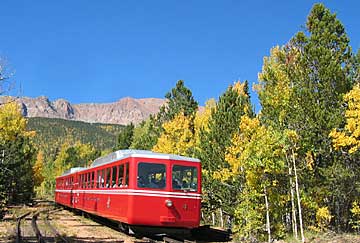 Next
7 Fun, Family-Friendly Things to Do in Colorado Springs
Click here to cancel reply.