5 Ways to Discipline Your Tween

Did you ever notice that kids actually seem to get harder to discipline the older they get? You’d think things would get better once you can reason with them.

A parenting expert spoke at my daughter’s preschool and at my local MOMS Club, and shared a style of discipline that made sense to me and my husband, and which we’ve since incorporated into our parenting. Probably not as well/thoroughly/consistently/calmly as we should, but we try.

In a nutshell, when your child is not behaving as you would like them to, you go through a series of steps to calm the child down and open communication between you. Finally, you work on guiding and curbing behavior, and one way to do this is through consequences. Sometimes they are natural consequences. For example: “If you hit your friend, she might not want to play with you anymore.” Sometimes they are logical: “If you hit your friend again, we are going to go home.” This all makes perfect sense to me and seems relatively easy when you’re dealing with behavior like toy-grabbing, hitting, not taking turns, and so on.

You know when it’s not so easy to go through steps to calm emotions and open communication and come up with natural and/or logical consequences? When you’re dealing with flat-out defiance from a child who (you feel) should know better, problems with homework, using disrespectful language or tone of voice, rudeness, or a refusal to help with chores. “If you don’t help clean the bathroom, you’re not going to be allowed to use it.” Yeah, no. That’s not going to work. So here are some ways to discipline your tween using the same positive parenting you used when they were younger!

1. Know What to Expect: Remember how much effort you put into learning about your baby’s development and milestones? Keep it going with your tweens because their brains and bodies are going through a lot of change. They may be experiencing growth spurts and hormone changes as they enter puberty (I know, I know; deep breaths). The growth can also lead to an awkward and clumsy stage as tweens work to regain control over their taller, longer, differently-shaped bodies. They’re beginning to think in “gray” instead of black and white, and they’re starting to understand that actions can have long-term consequences. And this is the time in their lives when they’re starting to seek more independence from their families, so their friends will have more of an influence over them as they start to seek answers from their peer group. There’s a lot going on here!

2. Decide Which Battles You’re Willing to Fight: In case you haven’t figured it out by now, no child is going to behave exactly as you want them to all the time. So what are the small things you’re willing to let go versus the big things that really matter to you? One parent gave the example of ignoring eye-rolling and sighs, but drew the line at a raised voice or walking out in the middle of a conversation. You may be willing to let chores go, provided your child is giving their best at school. Be consistent, though! Don’t decide it doesn’t matter one week and not the next—especially if you’re not going to give an explanation for the change.

3. Remember the Basics: You can still empathize with your child. “I know you’re frustrated that it’s time to clean the bathroom; you’d rather have some screen time.” You can still work for open communication. “How can we solve this problem so that we’re both satisfied?” This would give your child a chance to ask for screen time first and offer to clean the bathroom in twenty minutes. The basics may not work on their own, of course, so then what?

4. Consequences: You have to give consequences that make sense, but you have to ensure that the consequences are meaningful to your tween, too. Telling them they can’t go to a friend’s house may not mean that much if they can reach out to their friends via their phone or other tech. Consequences that appear arbitrary can also give credence to your tween’s believe that “you’re so mean.” And no, I’m not saying that you shouldn’t “be mean,” just that you might need to spell things out. Say your tween raises their voice at you and/or says something rude and hurtful. Responding, “Fine. If that’s how you want to act, we won’t be going shopping for a new phone this weekend.” seems out of place. However, “I’ve explained to you that I feel disrespected when you speak to me that way and I have asked you not to do it. I don’t enjoy spending time with someone when I feel disrespected by them, so we won’t be going out to get you a new phone this weekend.” helps connect their behavior and the consequence. What are some consequences that your child might find meaningful? Here are some suggestions: time with friends, screen time, tech (phone, tablet, gaming system), social media privileges, a planned event, extracurricular activities (be careful with this one, as a consequence for your tween can affect their team/group), a regular family date, or permission to stay home alone while you run errands/attend an event they want to skip. Or if your child isn’t completing chores or is rushing through them, you can change up the schedule so the chore is done more often to provide them with practice so they can get it right. Make a list of consequences that might work with your child so you’re not scrambling to come up with something in the moment.

5. Stick to your consequences. This isn’t to say that you can’t be reasonable and permit negotiation if, for example, your child has lost the privilege of spending time with friends for a few days and then gets invited to an end-of-year class party. Allowing them to negotiate an extra day of consequences for an afternoon at a major event is fine and can open up a chance for a great discussion. But that same courtesy probably shouldn’t be extended just because their bestie’s parent said that they could bring a friend to the batting cage and your kid’s the lucky invitee. Also, it will be easier to stick to your consequences if you start small. “Because you’ve been rushing through your homework to play games, you will not be allowed to use the gaming system for one week. I’ll check in with your teacher and if the quality of your homework has consistently improved by then, you will be able to play games again.” Not “Your games are distracting you from your homework. I’m taking away your gaming system.” See the difference? And honestly, the last one is probably going to end up being punishment for you, too!

Good luck, parents! And please share your own ways to discipline your tween in the comments. 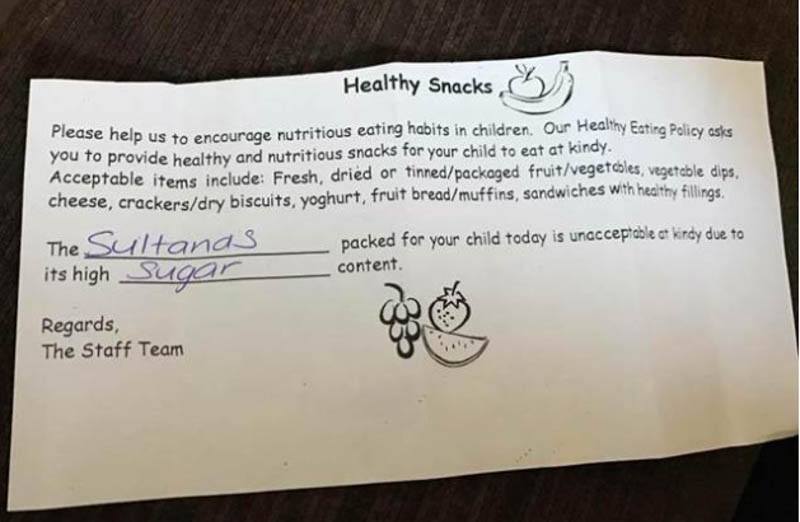 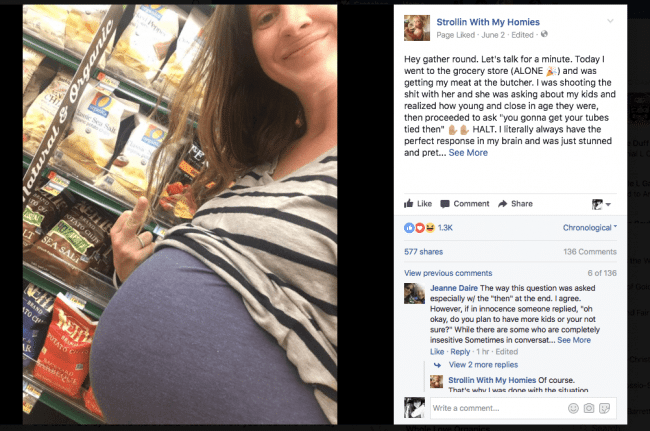 Next
Mom's Response to Getting Tubes Tied
Click here to cancel reply.