Skip to Content
Home > Tips for Moms > The Boston Marathon

With the 1 year anniversary of the Boston Marathon bombings coming up, this article is in honor of all moms who are fighting real battles along side their children each day, and all those who fight their own good fight each day.

*FYI Sarkis is a friend who ran the marathon in our son Gabriel’s honor, to raise money for cancer research for the Dana Farber Cancer Institute, where our son is a patient at the Jimmy Fund Clinic and so far winning his tough fight against leukemia (B-ALL).)

The kids are asleep and I’m trying to get my brain around what happened earlier today. G’s comment at the end of the day offered some hope, but before we get to that….

Thank you to all for your texts, emails, calls, messages — I’m trying to respond to each but thank you, we are all fine as is Sarkis Chekijian and his family.

We’ve always loved marathons. When we lived in NY we used to go watch all the time.

The Boston Marathon is obviously the marathon of marathons. It obviously took on new meaning for our family this year, thanks as you’ve read to Sarkis’s efforts in honor of G.

Yesterday I left the Dana Farber Marathon Challenge festivities – seeing all the goodwill and people ready to take on the marathon for a cause bigger than themselves. Being part of it was an honor. We said “finally, something good coming out of G’s diagnosis” (trust me, we never thought there was anything good to come of it).

Today started off beautifully – including seeing Sarkis at the appr 20 mile mark with a huge smile, unbelievable heart, and ready to keep going. To see his family so proud and supportive. To know that his run was to honor our son’s good fight. To see all the runners smiling and feeling good and the spectators cheering on people they knew and people they’d never know.

We headed into Boston, and got there well before Sarkis was to cross the finish line. It was packed, and you could see the runners closing in on the finish line and about to realize their dreams, about to accomplish goals for charitable causes bigger than themselves (as most that finish at that time and after admirably do). The busiest time at the finish line they say. The excitement was unparalleled.

Now – our hearts ache. An 8 year old boy innocently watching is no longer with us. A 2 year old boy injured at Children’s. Lives lost and so many injured – all we can do is pray for their souls and for the strength of their families and loved ones.

All in our city – did this really just happen in Boston?

I can’t believe that all of the good that the marathon stands for can be erased by a single act of cowardice and evil. And if I’ve learned anything over these past 5-1/2 months, it’s that if you don’t look for the positive – however small it might be – you cannot survive. And, “Why?” is a question you will never get a satisfactory answer to.

What I know is this:

I know that we saw firsthand God’s hand in various places.

Sarkis’s ability to run a fast time – and his decision not to slow down when he thought about doing so but to keep running forward – meant that his family saw him and thankfully he and they all safely left the finish line before the explosions – Who gave him that strength and helped him make that decision?

As a mom, I’ve had one thought all day: after everything that G has been through these past months, is it actually real that he was so physically close to this type of terror act? How on earth is that possible? Too close for comfort. Too close a second call on our child’s life in 6 months time.

Instead – I need to focus on the positive and the heroes of today:

About a minute after we left the area we heard the first explosion – we looked at each other with a “what on earth was that?” look but figured it was a canon or a truck backfiring. Then we saw the looks on the faces of the Boston police … a puzzled look and as they kept listening, they started a fast walk to a slow run which quickly turned into an all-out sprint when we all heard the second explosion. Those heroes – the first responders – who run toward a scene when others run away, and into the smoke when others were running out – those are the heroes.

The runners – like Sarkis – that ran for a cause bigger than themselves today. To support charities. To help save lives. To provide hope. Those are the heroes.

The people – like Joe Andruzzi (who already had proven himself a hero to me when he visited Gabriel in his hospital room) who helped and carried victims, or the others who opened their homes, donated blood, and so many other actions that will likely never be known – those are the heroes.

The runners, who overcame personal adversities and tragedies and circumstances in order to run one of the greatest physical feats there is – who pushed children in the marathon in wheelchairs, the list goes on and on – those are the heroes.

The little ones like our little G – for whom Sarkis, the Dana Farber Marathon Challenge team, and so many others ran today – who fight the fight each and every day – those are the heroes.

The EMTs and doctors and nurses – who cared and will care for the injured with every fiber in their being – those are the heroes.

As for G’s comment: about 3-1/2 hours after this all took place we left Sarkis’s family member’s house (thank you to George for welcoming us all in after the marathon) to try to walk back across town to our car. The streets were empty and all blocked. A few others were walking. Helicopters flew overhead. Police lined the streets and guards with rifles were on most corners. Mylar blankets were strewn about, as were random items – strollers, jackets, etc. As we got over to Boylston and Clarendon, you could see all of the police activity down by Boylston and Dartmouth and further down.

There was yellow police tape across Boylston St.

G looked up, pointed to the tape, and asked – in complete awe and excitement: “Is that the finish line?”

There it was – amidst the remnants of evil — a voice of purity and goodness and innocence.

Which led to hope.

Because isn’t that what marathons are about? Hope. Resilience. Overcoming adversity. Strength. Persevering.

And isn’t that what life’s about?

I have to believe it is.

All I can say is: We pray for the lives lost and those injured. We pray for the strength and comfort of their loved ones. We pray for Boston. We are thankful all those we knew at the marathon or living in Boston are fine as far as we could confirm. We thank Sarkis and congratulate him for what he has accomplished, and thank his family for supporting his endeavors.

May purity and goodness prevail.

ABOUT THE AUTHOR: Natasha is a proud mom of Gabriel (who she also calls G), a 5 year old hero (who is a patient at the Dana Farber Jimmy Fund Clinic and so far winning his tough fight against leukemia), and Mary, his 1 year old adorable sidekick. Her days are filled with ups and downs, but they focus on the ups, the joys of life, and counting their blessings. She is an attorney by profession, but please don’t hold that against her! 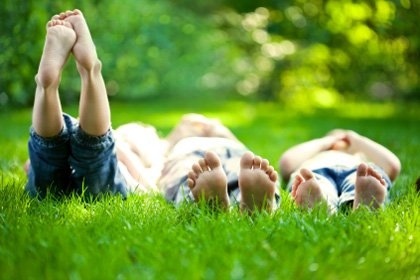 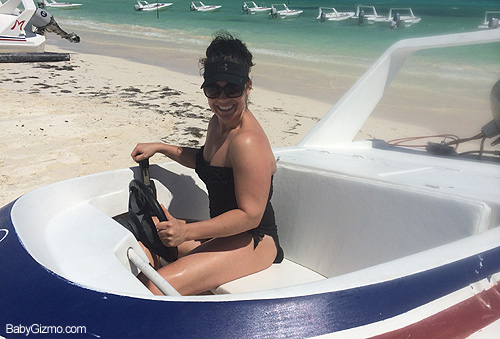