How to Get a Successful Toddler Haircut Done

Little Bud has been blessed with a full (and I do mean FULL) head of the softest, most beautiful baby hair known to man.  OK OK…maybe I am being a bit partial, but what mother doesn’t think her child is the most beautiful/smartest/coolest kid ever?

Truth be told, Big Bud was a baldy until he was 2.  Of course I oohed and awwed over his sparse golden strands as if he was the most beautiful baby in creation.  However, I always secretly wished that he had a full head of hair.  I longingly gazed at those babies with the luscious locks and secretly envied those moms who were actually able to use that cute little comb and brush set.

Fast-forward a few years to Little Bud’s long-awaited arrival.  Naturally, I was overjoyed that he had been blessed with a good amount of hair.  I had so much fun fixing his hair those first few weeks!  It didn’t matter to me that he had a HUGE cowlick in the front or that only about half of his faux-hawk ever wanted to stand up at once.  I loved it all the same.  I will admit that I was so OCD that I kept his baby comb in my back pocket at all times.  He will no doubt grow up and eventually tell his therapist all about how his mother caused his hair-ego issues.

When he turned three months, his hair took on a mind of its own.  Seriously – this stuff started growing at roughly the same rate as baby Rapunzel’s.  So I switched him to a baby comb-over and relegated myself to the fact that his faux-hawk was gone for now.  At six months, his comb-over had grown out into a shag.  My little Justin Beiber look-alike didn’t seem to mind though.  At 9 months, Little Bud started to look like cousin it (see below).

I begged daddy to let me have it cut, but he just wouldn’t give in.  He’s kind of old school and a bit superstitious, so he insisted that we wait until Little Bud was a year old.  I was soooo tired of his poor little static-y mop by then that I immediately called the hair salon and made an appointment for the day he turned one.

Luckily, Little Bud’s aunt is a stylist so I hoped that would make it easier on him.  I guess I had it in my mind that this was going to go smoothly.  I envisioned Little Bud toddling over to the chair and happily climbing up there, all the while sitting nice and still like the big boy he was.  Yeah right.

We made it to the salon a few minutes early and had to wait.  That was the first big mistake.  The sound of all those clippers must have triggered Little Bud’s fight or flight syndrome, and he immediately lost it.  He started wailing at about the same decibel as an ambulance siren.  It didn’t get any better after that either.  He went into limp noodle mode and seemed unable to hold himself still long enough for the stylist to even attempt a reasonable haircut.

We finally made it through that traumatic experience and I was so happy to not have to look at Little Bud’s baby blues through his bangs anymore.  I do wish I was a little better prepared though.  Mom and Dads out there, check out these pointers for how to make your little one’s first haircut go a bit better than mine did!

Make sure to schedule the haircut at a time of day where your kiddo will be in a reasonably good mood.  I neglected this one important fact and the haircut coincided with lunch and nap time.  BIG mistake.  You know your child best, so take advantage of a time where he or she will be likely to want to cooperate.  Don’t hesitate to reschedule if your child is having a bad day.

I know many crafty moms are able to cut hair at home.  I, however, am not one of those moms.  Fearing that Little Bud would end up with either a mullet or a buzz cut, I let the professionals do the work.  Try and find a salon that specializes in kids cuts – they usually know how to deal with those squirmy little clients.  The place we took Little Bud had a special car-seat for little ones.  This kept him occupied for about two minutes and allowed the stylist to at least get the cape on and his hair wetted down.

Little bud is really still too small to understand the whole haircut process.  If your little one is in the toddler stage, make sure to talk to them about what is going to happen before you go.  Toddlers hate surprises, especially scary ones.  Avoid using the words “haircut” since they will associate a cut with pain.  Instead, try using the words trim or snip.  Let them play with a squirt bottle while in the tub and act out the process of trimming their bangs.  Making it into a fun game always seems to lessen the shock when they get to the salon.  Let them take a favorite toy or doll to hold onto.  A friend of mine let her baby girl’s doll get a haircut first which seemed to make it easier for her daughter when it was her turn.

If you are apprehensive about the haircut, your child will be also.  Make sure to stay positive.  Talk about how much fun it will be and what a big boy or girl they are.  When they see how psyched you are, they will want to get in on the fun.

If all else fails, you can always resort to bribery.  I don’t really like to go this route on a normal basis, but desperate times call for desperate measures.  The promise of a reward for being good sometimes does the trick.  Little Bud’s papaw bought him a sucker.  Probably not a great idea since he ended up as a sticky, hairy mess, but at least he got through the haircut without losing an ear.  You may think their first haircut is the cutest thing ever and want to take a million pictures, but your child will probably not take kindly to being wrapped in a big plastic cape and being attacked by a stranger with scissors.

So here I am having successfully gotten through this huge milestone, and now I am a little sad.  Little Bud is looking less like a baby and more like a little boy every day.  It’s really almost enough to make me miss his shag.  Well….. not quite.  I’m just glad it looks cute.  After all, it could have been a mullet. 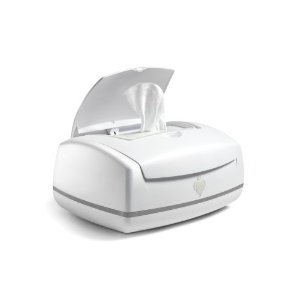 Next
Get These, Skip These, Wait and See
Click here to cancel reply.

Little dude's first haircut came from the stylist who cut my hair as a child. He was 18 months. We scheduled it for naptime, I'm afraid, because it was the only time I was in my home state that Graice had a free slot.

She cut his whole head of hair, neatly and evenly, without giving him a bowl-cut or anything, as he slept peacefully on my shoulder.

Seriously, the woman is magic.

He got his seond hair cut from her at 2, (a few weeks ago) awake this time. She gave him candy and let him use her water squirt bottle to spray me in the face while she trimmed. He couldn't have been happier if I'd taken him to Disneyland.

Is it wrong to consider regular plane travel for a baby hair cut?