Back in December of last year I got very sick with Bronchitis and the nasty nasty flu. When I originally got sick, I didn’t think much of it other than, “Well this stinks. I have an 8 month old baby to take care of and I’ve got body aches, chills, and can barely breathe.” When I went to the doctor, before I had X-rays they asked me, “Is there any chance you could be pregnant right now?” I just looked at them like they were CRAZY! Me? Pregnant? With an 8 month old? Are you nuts!? But, I had them put the big lead vest over my belly just in case. And it was a good thing I did too! Because little did I know, I DID have a little baby in there!

Fast forward, I was eating Manwich for dinner one night and BAM! Sick as a dog. I thought to myself, uh oh. The same exact meal made me sick when I was pregnant with my first baby. I decided it was time to take an at home test. I never got on any kind of birth control because I was breastfeeding and I am one of those crazy moms who won’t take anything during pregnancy or breastfeeding. Not even for a headache. I also never received any “monthly visitor” because of the breastfeeding. So there was nothing for me to track! When the test said “Pregnant” I called the doctor.

My first ultrasound was pretty funny. It was one of the internal ultrasounds. Well…I was so far along already that the baby didn’t even fit on the screen. The doctor measured the femur bone and estimated I was already 15 weeks along. FIFTEEN WEEKS. That’s almost 4 months! I felt so silly! How did I not know? I kept having to explain myself over and over to people, and the famous comment was, “So that show ‘I didn’t know I was pregnant’ could be legit then? Maybe you should go on there.”

Needless to say we didn’t have to wait much longer to find out the sex of the baby. In fact, on the very first ultrasound in my OB’s office, we were able to see that he was in fact a HE. But it was confirmed within a couple of weeks. The gender scan is mainly for making sure your baby is growing correctly and she took all of the pictures and we got a couple of keepsakes to take home.

At my next OB appointment she told me that I would have to go for another ultrasound. That’s never really what you want to hear. She explained that it looked as though the baby may have a clubfoot, but it was hard to see so she wanted to make sure it wasn’t just how the radiologist took the picture. For those who don’t know, clubfoot is an unusual position of the foot, usually creating the foot to take on a kidney-like shape, and while painless, it can cause problems later on in life (walking stage) if left untreated. The next week I was in again. I watched as the woman tried angle after angle to get a decent picture. Both feet and his spine. I watched him squirm away and flex his feet. To me, nothing looked wrong. But again I was told that it was possible and if so, he would see a specialist in the hospital right after he was born.

I had a crazy crazy labor. Seriously. Almost had this baby on the side of the road. From my first contraction to the moment he was born was a total of one and a half hours (my first took 11 hours). My husband missed the whole thing while he parked the car. CRAZY. When they handed me my new bundle of joy I was terrified because they kept saying, “emergency labor,” I thought something was wrong. But he was absolutely perfect. Strong lungs, great color, perfect little baby. They were just saying that because that’s what happens when you come in practically crossing your legs to keep them in!

The first pediatrician came in and looked at his foot the following morning. She said, “This is no clubfoot. It’s just a positional deformity from the way he grew in the womb. No surgery or casting will be done here. But follow up with your normal pediatrician.” Phew.

Fast forward to seeing the pediatrician for the first time. He agreed. It was only positional and not something he was worried about. He said with some stretching at home it would probably fix itself. So we went home and stretched and played and grew. Nothing changed. He held his foot in that curled position no matter what we did. It was still very flexible but he just wouldn’t hold it normally. I felt as though I had done something wrong during my pregnancy, I have even put partial blame on the x-rays I got even though it is silly. At our 2 month visit, the pediatrician said we should probably get him into a specialist to get a second opinion, because the foot had not changed and when he holds weight on it, the side of his foot is where the bottom should be (see picture below).

When we took him to the orthopod, the doctor treated it like a normal club foot. He called it a postural clubfoot however, meaning that it was just positional and wouldn’t have to be treated with surgery. But then he told us that we would have to get him an ultrasound on his back to make sure that he didn’t have spinal bifida. Um, what? This was the first I had heard of anything like this! Apparently clubfoot and spina bifida go hand in hand. No one had prepared me for that and I was a nervous wreck. I scheduled the ultrasound for as early as I could and took my baby 45 minutes away to Mott Children’s Hospital. They are so amazing there. And quick, and gentle. We got the results at the doctor appointment in the room right down the hall from the radiology department. Thankfully, he was clear. No spina bifida.

Our journey in this is just beginning. My baby is scheduled for his first cast in a few days. He will be in a full leg cast for one month, and it will be changed every week. After that he has to wear a special pair of boots that have a bar connected them for 22 out of 24 hours a day for 3 months. Then they will reassess his foot and see if further treatment is needed. He may have to wear a special boot on one leg for up to 4 years at night only. I am worried about his development, since we are just now at the rolling over and sitting and soon to be crawling stage (he will be 5 months January 14th). But as my mother in law constantly reminds me, “Kids are amazing at the way they heal and adapt. He will be back on schedule before you know it.”

I will update you after our first round of treatment is over and done with.

Do any of you have any experience with club feet or any other gestational deformities? Let us know your stories below! 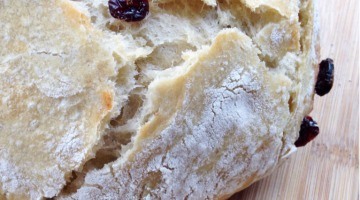 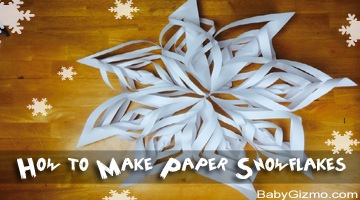 Next
DIY Craft: How to Make Paper Snowflakes
Click here to cancel reply.

How is the kiddo these days? Our brand new grand daughter has positional club foot. But still perfect :)

@Donnie Pool, He is 8 now! So crazy! He grew like a weed. He still has a curve in his toes, but he runs, hops, and skips with the best of 'em!

Hi I'm told my baby might have. A club foot they can't see on the ultrasound and wanted to do another one but I told them no. If it will have one we'll deal with it then . For now we're praying n keeping the faith n believing that God will help us handle whatever he is bestowing on us. God bless all u moms ?

My ultrasound at 14 week says small amount of CTEV in bilateral talipes deformity is there in my baby . I am worried ....

My son is now 6 years old! Wow that flew by! He runs and plays just like any other normal child! He still has a little bend to his foot but he was released from the physical therapy and boots 2 years ago!

For anyone who is scared or nervous about your own journey with this, please know: your child will quickly adapt. As far as my son knows-he isn't different at all. Be strong! You were perfectly created for this!

I just received my ultrasound scanning report on my baby and doctor's comments are he may be having clubfoot. I just want to know how is your baby doing now after the treatment. :) Glad you shared your story on clubfoot.

I'm a emotional wreck myself. My son has his first appointment where they will basically do a consultation about what looks to most definitely be clubfeet .one looks worse then the other but both turn inward. I'm trying to stay calm but can't help but cry uncontrollably,hormones are making it worse!!But I really am a mess because the word spina bifida scares me to death. I also had a toothache and had X-rays at 4 months and was kind of thinking that's what caused this. Me nor his father or any family members have clubfeet. I also had never heard of it till our baby boy was born 2 weeks ago.

Hi Jessica. I know how you feel and its not easy at all. My son is currently 2 weeks old and Iam still so emotional. If you ever need someome to talk to Iam here.