Do you know the symptoms of tongue tie or lip tie? After years of dreaming, fertility treatment, and nine months of preparation, my son was born by an natural birth in the hospital. I knew the importance of skin-to-skin contact and initiating breastfeeding as soon as possible, so I helped my son latch on to my breast immediately after birth and began our feeding relationship.

In the hospital, I appeared to have a great latch and was complimented by the staff lactation consultant, but by the time I went home I knew something wasn’t quite right. I had read about tongue tie before but only the more obvious anterior type; when my son extended his tongue past his lips, I thought, “Clearly he is not tongue tied,” and forgot about it.

Breastfeeding was deeply painful and my nipples were creased and bleeding. Various guides write about the initial pain of breastfeeding, partially due to hormones and partially to physical adjustment, but by the third day I was in toe-curling agony that was worse than unmedicated labor and knew I needed help.
We contacted a second lactation consultant who came to our home for an hour, and she helped me learn how to position and adjust my son so he was at an appropriate angle, something I hadn’t been doing before.

The consultant also left breastfeeding literature, which was in addition to my Ina May Guide to Breastfeeding, and assured me that my abraded nipples would heal in a few days. It took close to two weeks for the pain to reduce to manageable levels, and by the third week I thought I had things down. But my nipples still deformed every time, and there was still discomfort with feeding: it was 4 out of 10 pain on bad days and 2 on good days.

Most obnoxiously, my son seemed to feed constantly. I knew about cluster feeding and growth spurts, but after two weeks of having my son on my breast from 12 to 16 hours a day or more, and giving hunger signs when removed (rooting, head shaking, etc.), I suspected that something was wrong. I started from the beginning: the latch. Looking over my literature, I saw that my son didn’t flange out his top lip like he was supposed to. I began flipping it with my thumb every time he latched, but I wanted to know why he didn’t do it in the first place. A Google search taught me about upper lip tie, and one look under my son’s lip revealed a thick frenulum reaching the palate.

I started reading everything I could and found that all of his symptoms could be related to lip tie. I also read that lip ties almost always include tongue ties, even posterior ones that don’t cause the distinctive heart-shaped tongue tip. The next time he cried I looked under his tongue and saw a matching thick frenulum there. Now I was sure that my son had ties or at the very least something wrong with his anatomy.

This was such a relief. Breastfeeding is very important to me and I had sworn to nurse him exclusively for six months unless I had a pressing medical imperative to not do so, however, breastfeeding was very much a chore and I couldn’t imagine making it to a year or more like I had originally planned. The only hiccup was that I had made this discovery over a holiday weekend so I had to endure a couple more days, but I saw the light at the end of the tunnel.

On Monday I called the office of a renowned dentist a little over an hour away, but they were still closed. Another dentist was recommended to me on a Facebook group I had joined over the weekend, and his office was open and a bit closer, too. So I made an appointment for Tuesday evening – he purposely schedules newborns at lunchtime and the end of the day.

Coincidentally, my son had a check up with the pediatrician on Tuesday morning. I was a little nervous about mentioning the ties to him, as my reading online had turned up several stories of pediatricians minimizing or denying the relationship between ties and breastfeeding. I was honest, however, and his only comment was that it was good I was going to a dentist as they would have much more experience diagnosing and treating the ties.

In hindsight, I was really nervous going to the dentist, but at the time I was tunnel-visioned and determined. (Not to mention sleep deprived!) He saw the ties right away and agreed that a double frenectomy would be beneficial. I should note that the woman who originally recommended him to me was turned away and advised to see a lactation consultant, so I am confident that the dentist is not just taking every patient who shows up.

I had to put my son (39 days old at the time) in a car seat which was a bit of a production as he uses a convertible one, but then it was as simple as leaving him with the dentist and his pleasant assistants. I had to wait in the waiting room during the procedure which was emotionally tough, but the entire process was no more than five minutes, and I returned to find an assistant soothing my son with his pacifier. He was no more upset than if he were a little hungry or dirty.

I immediately sat down in the office with my nursing pillow and nursed, and what a difference!! While I still had to lift up his lip with my thumb (and am still teaching him that a week later), his tongue was no longer scraping across my nipples with every suck, and instead of little swallows he was actually GULPING! The look of surprise on his little face was priceless! I nursed him for about fifteen minutes and he fell asleep contented. Back into the giant car seat, one last thanks to the office, and we were on our way home.

One week later: our nursing relationship has completely changed. He still nurses often, but it’s on the order of 30 minutes every 2 hours, rather than 3.5 hours every 4! Most importantly, at night he’s able to sleep in segments of 2 and 3 hours, sometimes even more, and that means I’m getting much more quality sleep. He still likes to cluster feed in the evening but his marathoning no longer leaves me with aching nipples and sore breasts.

We have to do “stretches” where I put my fingers under his tongue and flip up his lip for ten seconds each, four times a day. My son doesn’t like it, but his protests are on the order of being bathed or changed against his will: uncomfortable but not heartbreaking.

My husband and I joke that we should count to ten in other languages so our son won’t be traumatized when it comes to learning numbers! I plan it carefully that I do his stretches immediately before nursing him so his discomfort is minimal. By feeding him on demand and keeping him near this past week, he has not needed any pain medication whatsoever (homeopathic or otherwise).

I went to the follow up today and the dentist says he looks great. We’ll have to continue these daily stretches for the next three to five weeks, but it’s literally two minutes today out of the day and completely worth it.

My takeaway? If you are nursing and it doesn’t feel right, then it probably isn’t right. You shouldn’t be afraid to ask and research. Many lactation consultants, books, etc. will insist that any pain is latch-related and therefore it is up to the mother to correct her baby – and the onus is on her to get it right – but remember that there are two people in this breastfeeding relationship.

What’s really interesting is that my own mother was unable to breastfeed me due to pain and low supply – and I have a tongue and lip tie. So does she, and she was bottle-fed too! How different would things have been for my mother and grandmother if it was normal for pediatricians to check for ties in 1960 and 1987? Not to mention 2015! So get educated, for your own babies as well as those of your friends and family who want to breastfeed.

This is a guest post by Annie C. Humphrey, a history professor in Burlington who recently gave birth to her first child. 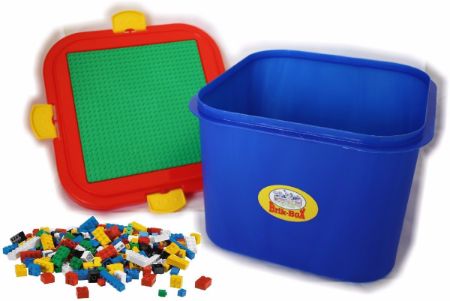 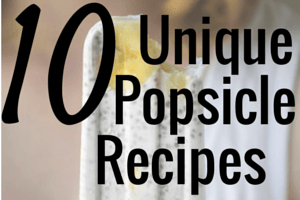