Warning: This article is part of “The Edge” series and may not appeal to those without a sense of humor or those who are completely opposed to any and all swear words.

Each September, my Facebook news feed is filled with first day of school pictures, pick up line rants, mom-taxi-cab exhaustion, and recaps of school supply scavenger hunts. Before this year I never experienced any of these things myself, but now my first child is in kindergarten. I have joined yet another one of the mom clubs. (As a side note, I don’t want to be in most of these clubs, but I’ve discovered that membership is not optional.)

My oldest went to preschool for 2 years. I dropped him off at 8:45 and got to work by 9AM. I took in some paper towels and hand sanitizer and called it a day. As my kids say, “Easy-peasy-lemon-squeezy.” (Which is fine with me because it means they aren’t saying things their mom would say, such as “I got this shit.”)

There are all kinds of prophets and advice books when it comes to giving birth to your first child. However, no one told me how much life would change (again) when the first one started school. In some ways, it’s just like pregnancy and childbirth. You’ve heard about it, it sounds complicated and tiring, but you can never really know until you’re in with both feet.

Here are some things you can expect when you join the ranks of having a child in school.

This is not a knock on teachers. I know they work their collective asses off and spend their own money on supplies so kids can have what they need. The list from my child’s school was not excessive, but I was amused by the very specific nature of items needed. I drove to 3 locations for Fiskar Scissors and Pink Pearl Erasers. PAPER folders, not PLASTIC. Being a newbie, I didn’t want to get in deep shit for getting the wrong thing.

“Did you get a load of that bitch who brought in the wrong erasers? Whose mom is that?

I have decided that the pick up line at school is one big metaphor for life. Most people play by the rules and are considerate. Then, as with all things, there is small group of assholes who don’t seem to know other people live on planet Earth. Such as the ones who park their fucking car (in the line!) and go inside; or the ones who nose in front of 40 cars who have been waiting for 30 minutes.

“I’m super late because I’m more important than you, so I’m just gonna squeeze in here in front of everyone else. Don’t worry about all that traffic I’m blocking. They know me here.”

During the first week of school I watched the same white car cut line in front of a bazillion cars on 3 different occasions. She pulled right up, blocked the through traffic behind her, and waited until someone let her in line. She must be a damn idiot or have balls of steel. I haven’t seen her lately, so I’m going to assume either someone ran over her or the school told her to cut it out.

You know what I’m talking about. The witching hours (5-7 at my house) are now even witch-ier. He’s going to bed while the sun is still shining, yet he’s still an asshole come 5pm the next day. Apparently, kindergarten is tiring.

Drop off at school, pick up from school (sometimes at different schools), drive to soccer, drive home from soccer, to the grocery store, from the grocery store, little Johnny forgot his lunch, little Susie has a well visit, and the damn dog swallowed a Lego. I need a chauffeur to help me chauffeur. I just want to sit in the back and sip from my to-go flask.

“Oh Bitterman, can you drive through the park? You know how I love the park. And please stop at the drunks-are-us drive thru on the way.”

Be ready to buy $50 Yankee Candles and $20 rolls of wrapping paper. (No one is ever burning that candle and I’m using the wrapping paper as wallpaper in the guest bathroom.)

“Hi Mrs. Otis, will you buy some cookie dough for $18 so that our cheerleading squad can buy super big bows with twinkle lights?”

Ah hell, you kids know that I cannot say no. I’ve never said no. I should really grow a pair. (And I’m totally eating that cookie dough straight out of the tub. Baking is overrated.)

Ungodly Hours of the Morning

I know that lots of people get up very early, but this is the earliest we’ve ever risen at my house (at least since my kids were babies). When I was employed outside the home and taking kids to a sitter, I still didn’t get up this early. School needs to start around 9-ish. This is part of the reason you have grouchy assholes at 5PM.

You have to be a school when? Do they know I don’t want to get up that early?

Yes, you just drove all fucking day and now it is time to drive some more! Soccer, Taekwondo, swimming, basket weaving, music lessons, etc… After you do this for a few years, they are probably going to quit whatever you spent the most money on, barricade themselves in their room, and not speak to you. That trumpet you paid $500 for will be in the yard sale for $10. Some old lady will stop by and offer you $2.50, but only if you load it in her car. And you’ll do it.

“Dealing with bat-shit-crazy mothers of other kids.” (Of course, she didn’t mean YOU.)

“How tough it is to make new friends…yes, I feel pressure to make mom friends at my son’s school.” (It’s like high school all over again.)

“Finding out that Halloween and Valentine’s parties are mini-Pinterest competitions.” (You already win because I don’t own a glue gun.)

“Remembering Teacher Appreciation Day every year so I don’t look like an ass.”

(I’ll find another way to look like an ass, I’m sure.)

About the Author: Mandy lives in Kentucky with her husband, Jason, and their two sons. She hates buffalo wings, March Madness, and blabber mouths. She believes in devouring novels in a single sitting, dressing up for Halloween, dessert any day of the week, skipping workouts for a party, wine on Sunday afternoon (or any afternoon), and covering gray hair via chemicals. She has a Master’s Degree in International Relations, but decided to write stuff on the Internet instead. You can find her throwing around opinions and telling the truth about motherhood at Words by the Glass 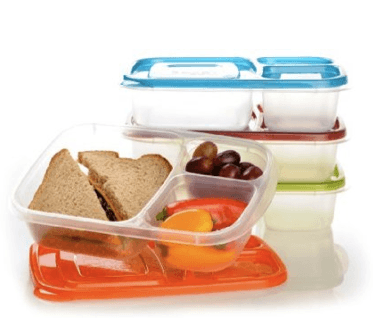 When it comes to lunch and snacks on the go, bento boxes are the answer to a lot of problems! They’re green in that you don’t have to use plastic… 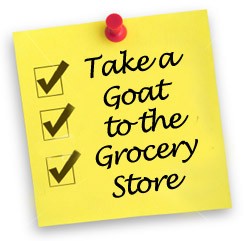 Maybe you’ve already read this?  Maybe not?  We figured in case you didn’t see it and needed a good laugh – we thought we’d share it with you.  A friend…

It is true, my baby is headed to kindergarten in the fall. *sniff sniff* This is a big deal and through all the tears that I’m shedding in preparation for… 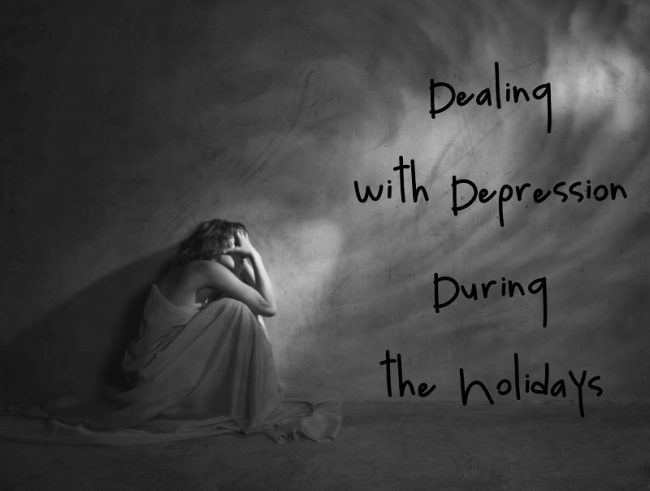 Dealing with depression is never fun. I mean, really: never. But it can especially un-fun during celebratory times like the holidays. Add in Seasonal Affective Disorder, and everything is extra… 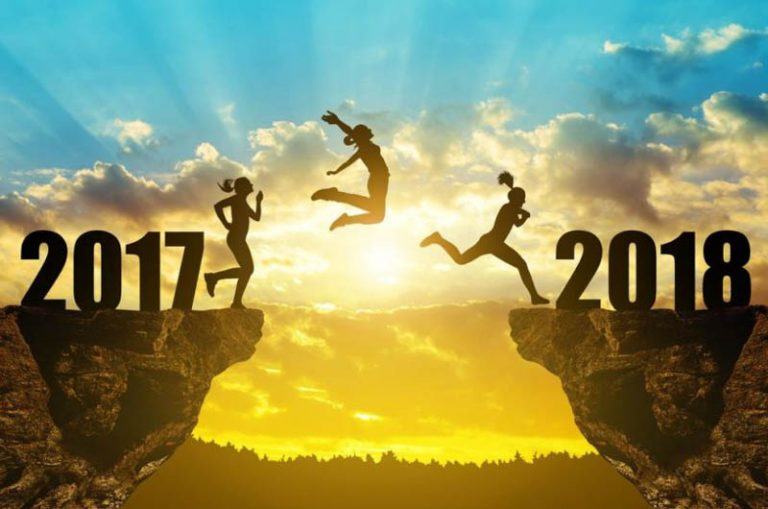 This is it. This is your chance. Our chance. 2017 saw terrible things, like huge storms that ripped through homes like paper, fidget spinners, and The Emoji Movie. But it… 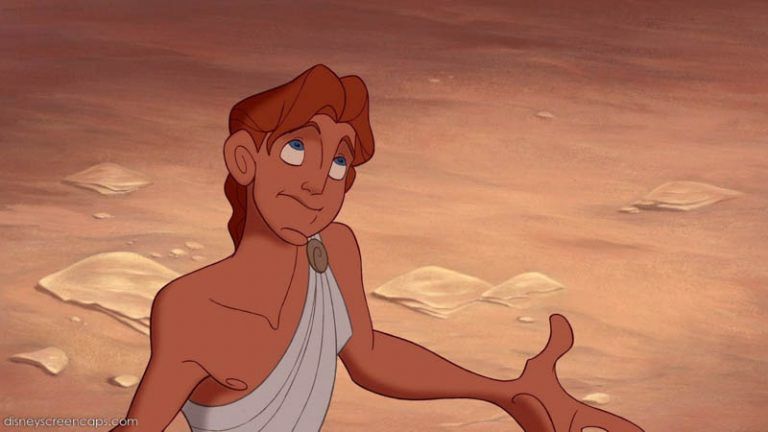 You know how having kids means you end up watching the same movies over and over (and over and over)? Well, if I have to watch Disney and Pixar movies…