Tips for Teaching Older Siblings to Share When Baby Arrives

Sharing is caring, but sharing is hard! This is the motto we lived through after my second child joined our family when my oldest was only two years old. If you’ve got another baby on the way and you’re worried how you’ll get your older child(ren) to share/take turns, or if you’re struggling to get your kid to share with friends, here are a few tips that I personally experienced and think might help: 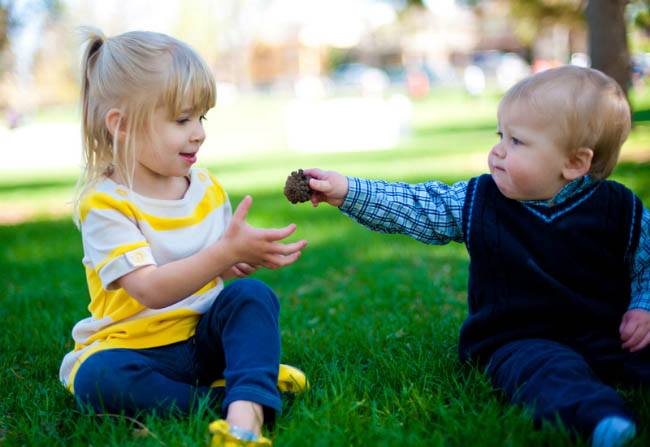 Show your oldest that the same rules expected of them apply to their younger sibling, too: Even when my second child was still just a little baby, I would sometimes say the same phrases to him that I was constantly saying to my older daughter. Things like, “No, you need to wait your turn” or “It’s not nice to yell at Mommy.” Obviously, my two month old didn’t understand what he was doing and I wasn’t actually disciplining him. But in the eyes of my two year old, she saw me being equal. She saw that mommy doesn’t just “yell” at her or “boss” only her around, but that I hold her little brother to the same standards. This helped her throw fewer tantrums, which was a great start to the sharing idea.

Let your oldest have his or her own special toy that the younger sibling (or friend) isn’t allowed to have: Babies will just grab whatever catches their eye. Your toddler won’t understand that baby brother doesn’t know how to share yet so prepare yourself for a lot of tantrums. Because of this, it might help to establish a specific toy or two that are only for your oldest. Tell her that she doesn’t have to share this special toy with baby brother if she doesn’t want to. She gets to have control and ownership of something while still learning that the rest of her toys are now for her baby brother, too.

Practice, practice, practice: Your oldest will not understand the whole sharing/taking turns thing very quickly. They’ve had one or two (or five) years being by themselves, owning everything in sight and now all of a sudden, they are being told to share. Each toy, each snack, each part of the house still feels like it’s theirs so they don’t like being forced to give things up so much now. Remember this and have patience when they throw yet another tantrum because baby took their favorite ball (the same ball they had totally forgotten about before that moment). I promise you that your kid will eventually catch on and begin sharing better.

Stay consistent: Nothing drives me crazier than hearing a parent threaten some consequence for not taking turns or playing nice, and then never following through. I get it—it’s hard to follow through, especially when it inconveniences you (I hate leaving play dates early because I want/need to socialize with the other mothers). But if your kid is ever going to learn about taking turns and playing nicely, you need to keep the lessons going to drive home your point. If you tell your toddler that she will lose a toy for not sharing it or for being mean about it, and she continues to tantrum and/or hit, do what you threatened and take the toy. Consistency will teach your kid boundaries and help him practice what you’re trying to teach him while understanding that being overly possessive might result in a bad consequence.

Remember that their feelings are very real to them: When your kid is still not catching on to the sharing expectation, it’s so easy to yell or get frustrated and be convinced your kid will be the terror on the playground or the mean older sibling. But take a step back and see from their little eyes. Their anger, sadness, confusion and frustrations are very real. Sharing is not something they’ve had the opportunity to practice for 20+ years like you have. To you, they are only toys but to them, the toys are the center of their whole little world. And when you realize that their tantrum is the only way they know how to express their emotions about not understanding, it’ll help you keep your patience to teach the sharing lesson once again, for the millionth time.

Create moments that will get your toddler to WANT to share, not just to be FORCED to share: This is the ultimate goal—getting your kids to want to share and take turns because it’s nice and fun. This is difficult, but again, showing your toddler that you are teaching her baby sibling the same lessons will help. When my baby was little, I’d put a little toy in his tiny hand and move his hand towards my toddler, telling her that baby brother was sharing with her! In her young mind, she took this literally and began to WANT to share with him, too, since he was being so nice to her. Little repeated moments like this could do wonders.

Be specific in your praises: Instead of saying a general, “Good job, you’re so nice!” try something more specific, “You let James play with your car and it made him smile, did you see that? You just made him very happy because you shared!” When you draw attention to the specific positive action your child is doing, they learn quicker why it’s so great to take turns and be kind.

Be a role model: We know that our kids are always watching and eventually, they start mimicking. In everything that you do, emphasize taking turns, sharing, and being grateful. You may seem silly saying, “Thank you for sharing, Anna’s mommy!” to a mom friend on the playground, but in your toddler’s eyes, she’s just seeing you modeling the behavior that she’s being expected to do. For young kids, make sure you are being as obvious and explicit as possible (like saying the “thank you for sharing, that made me very happy to play with your toy” phrase over and over instead of just assuming they know you are sharing).

These are just some simple tips I found that personally helped me teach my toddler to share when her little brother came into the family. I’ve since seen her share and take turns much better on the playground with friends as a result! But I’m always looking for more ways to drive the point home, so please share with us some of your teaching tips for sharing/turn taking below! 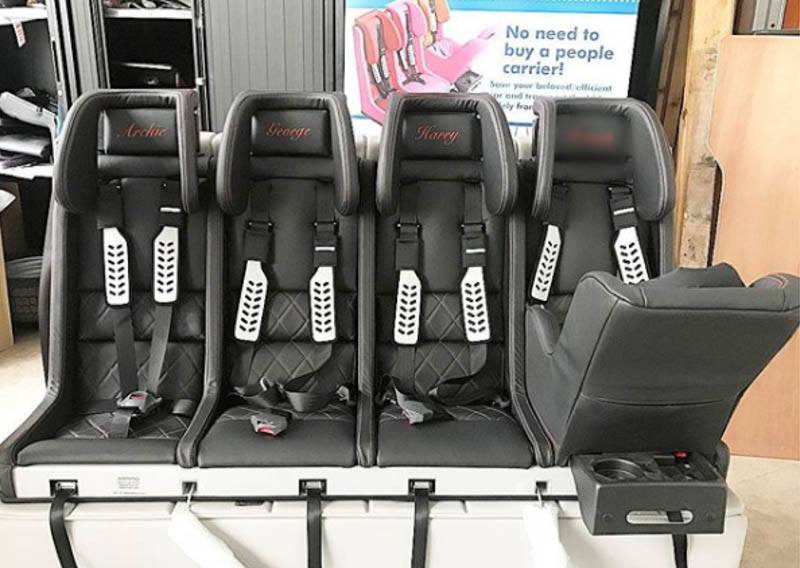 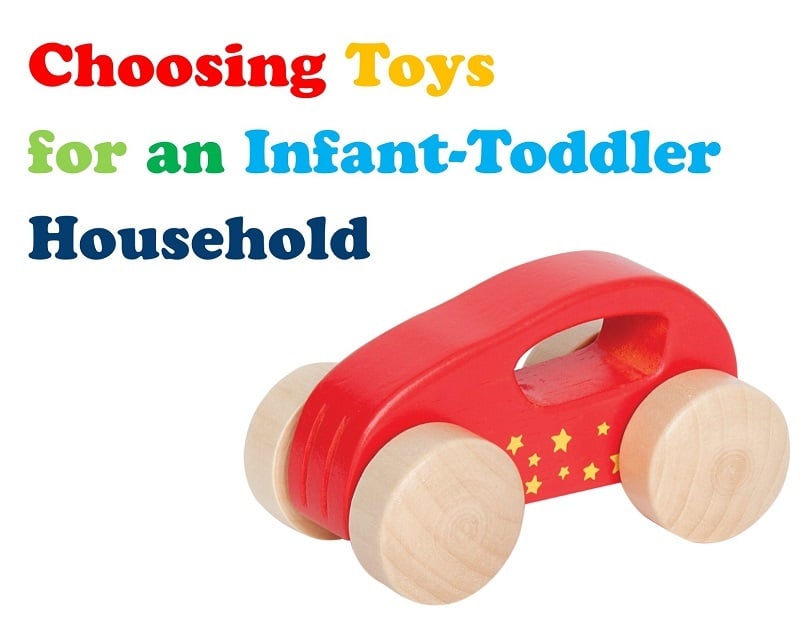 Next
Choosing Toys for an Infant-Toddler Household
Click here to cancel reply.