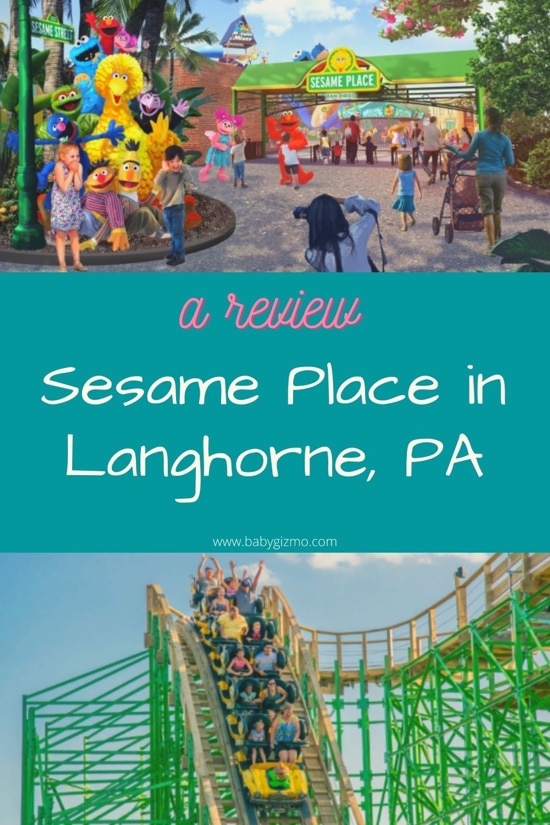 Two weeks ago, my family and I took a trip to Sesame Place in Langhorne, PA. This trip was our first to the amusement park, so we had little idea of what to expect. We had heard that Sesame Place was great for smaller children, but other than that, we knew nothing. 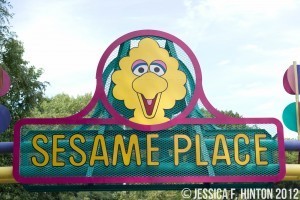 Last year we went to Disney World. My first daughter was 16 months then and I was six months pregnant. While we had fun on our trip, it kind of sucked because we didn’t really plan for just how ginormous Disney World is and how little our toddler was then. So it turned out to be one of those trips conceived with high expectations that were not met. Or, it was a great trip in hindsight, but at the time, we hated it. So when I bought tickets for Sesame Place we knew, given our experiences at Disney World, to not get our expectations up too high.

We told ourselves to aim our standards very low this time, to plan on, if nothing else, our toddler enjoying the water park, and to just be open minded. And these low expectations paid off. We had a blast at Sesame Place and plan to go again next year.

If you have been thinking about taking a trip to the amusement park, I thought I’d share what I liked and didn’t like about my trip. So, let’s start with what I liked.

The only thing that I can say I didn’t like about the park was that the parking wasn’t free, but I guess paying about $15 these days is to be expected of most amusement parks.

Other than this, I loved Sesame Place and, as I said before, plan to definitely go again! 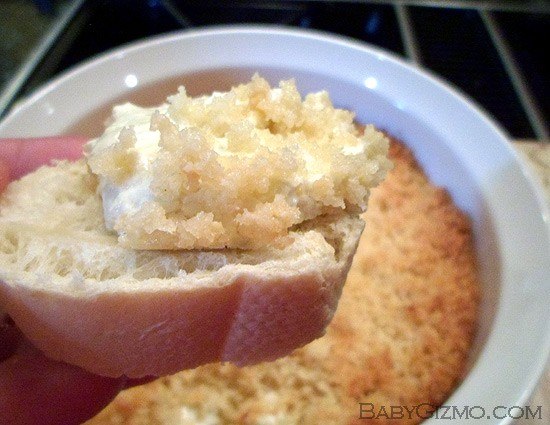 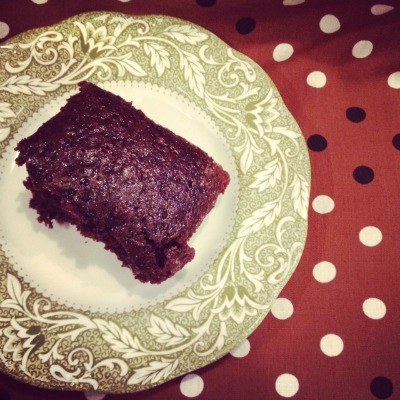 Nice post indeed. I totally agree with you that Sesame is a home for fun and entertainment and a perfect place for the kids. I have recently visited this place and found it very cool. Keep sharing some more interesting things about the same. :)

We went to Sesame place last summer, my kids were 7 and 3. We had gone to Disney world the previous fall, and like the reviewer, found it's sheer size a bit overwhelming for such young kids. We tend to go slow and take our time, and let the day unfold as it goes on (for the most part), We received free tickets to SP, so we didn't really mind if it was a bust, but even for free, we wouldn't go back. Here's our experience. If your children are 2 or over you have to buy them a ticket, which is the same price for kids and adults ($59.99), if you buy tickets on their website you can get your 2nd day free. When we were there the playgrounds and a lot of the water areas had dirty diapers and trash sitting around, any by the afternoon when we wanted to go back in the water (Ernie's waterworks)they had it closed. We asked why, they said they had to close it because parents weren't putting swim diapers on their little ones and the water was contaminated. Gross. So we went across the park to the Count's Splash Castle, same story there. They closed it because the water was contaminated. The employee told there told me they close the water areas every day by mid afternoon because the water is unhealthy by that point, too many contaminates. We were able to see one show (Elmo's world live). The theater was super packed, and the stadium style seating was very steep, little kids and people with disabilities had a hard time climbing those steps. The kids enjoyed the show, but all I could think was "I hope a fire doesn't break out because we're not getting out of here" (I'm sure it's up to code, but not up to my comfort). We waited in line through the previous show since so many people wanted to see Elmo, and the only reason we waited that long was because we skipped all the other shows there since the lines were all over an hour wait. The food was very bland (good for kids, I guess), and very expensive (about $15 for a kid's combo). You can bring a small cooler (no larger than 10"x10"x12", yes, they actually measure it at the gate). If you want to see the characters, plan on waiting on very long lines (think Disney size character greeting lines). If you want to see Elmo(or any other popular character), you have to book a character meal (about $15-$20 a person), we were told the really popular characters won't be seen around the park, only at the character meals. We planned to see the parade, but it ran 30 minutes earlier than posted, so we missed that. We did like that the rides are family friendly, and that our kids could go on some rides without us, but, we found a LOT of parents weren't watching their kids (a lot of kids didn't even have parents around). By 4:00 we did everything in the park (except the nets "n" climbs,no way were my kids going in there, looked like an accident waiting to happen), and since we couldn't go splash in the water, we left. The kids had an good time (they don't care about food prices, or rude people), but were disappointed they didn't see many characters, and had missed the parade. Maybe we just went on a bad day, or had too high expectations, but I've heard a lot of similar stories. If you're one of those families that's always looking for new places to visit for a short trip, it's worth a try (maybe you'll have better luck), if this will be your big family vacation for the summer, you may be disappointed.