How to Handle An Unplanned C-Section

Let’s talk about an unplanned c-section. The birth of your child is extremely personal and unique- and yet, somehow, very much the same.

The CDC says that in 2013, Cesarean sections accounted for 32.7% of all births in the United States. That’s a lot- approximately 1.2 million, give or take.

Talk to any mom, seasoned or rookie, and at some point they’ll probably tell you how birth plans never go the way you expect. And even if you don’t have a specific birth plan, it will probably not go how you’re thinking it might.

That’s how my story goes. This is how I ended up with an unplanned c-section. I went into the birth of my son with very little expectations. I figured I was healthy and young and going into labor for the first time, so there was no way I needed to prepare for a c-section.

In fact, in my pure ignorance, I opted to take a bathroom break during my child-birthing class when they discussed the surgery.

I won’t blame karma, but it should come as no surprise that 12 hours into my induction my OB recommended I have a c-section because my labor wasn’t progressing.

Faced with a tough decision- surgery or risky labor- my husband and I ultimately chose to have a c-section. Yes, it was an unplanned c-section and we were terrified.

The only “surgery” I’d ever had was to remove my wisdom teeth. Knock on wood, I had never been in a hospital before. And all I could do was imagine HOW a c-section happens- over and over again- and panic.

Through a lot of prayer and a lot of tears, I was prepped for the surgery. I was still experiencing contractions every 3 minutes throughout this time as well. My husband was left in the hallway as they wheeled me into the OR and got me set up on the table. There, the anesthesiologist administered my spinal block. As he was testing me- can you feel this, can you feel this?- there were two obstetricians (my doctor from my practice and the other doctor on duty) and several nurses prepping the equipment and calling out orders.

Once I was no longer able to feel from my waist down, the surgery began. And I didn’t even know it! The time was 7:58pm. My husband was brought in by my labor nurse with strict instructions to not look at me.

One thing I had no idea to expect during a c-section- you still feel everything! It’s not painful, but there is a ton of pressure, and I’m pretty sure my body was lifted off of the operation table several times. The nurses continued to remind me to breathe and gave me some updates- the baby looked great, they could see him, he would be out in just a minute, etc.

My husband sat up by my head and we just stared at each other. We tried to keep each other calm, but both of our hearts were racing. At 8:05pm, seven minutes after the surgery began, my son was held up and we heard his cry. They brought him by my face for a moment, and then brought him over to the infant station for initial testing. A few minutes later, a nurse and my husband brought my son to the nursery to be weighed and measured. During that time, my surgery was being completed. The anesthesiologist needed to adjust my meds as I had terrible chills.

About a half hour later, I was wheeled back to my delivery room to be monitored. My nurse hooked up many monitors to me and ran a bunch of tests to make sure I was stabilizing. It took about an hour, and once they determined that I was okay they brought my son into the room.

Holding my son for the first time in recovery. Check out all of my monitoring devices!

It took another hour or two to be wheeled to a recovery mother-and-baby room. It was pretty late in the evening, but I was starving! I hadn’t eaten all day because I was induced. Unfortunately, I wasn’t permitted to eat until the next morning.

It took at least 12 hours until I regained feeling in my legs. And once I could get out of bed, it was slow going. But that’s to be expected! My nurses encouraged me to get up as often as I could. My husband and I pushed my son around the hallway in his bassinet every hour or so. I definitely think it helped me to keep moving.

What else helped with my unplanned c-section? The pain medications. I made sure I stayed on schedule and didn’t miss one for the first week.  Speaking of that first week- it was rough. I was very sore and was very worn down (on top of the newborn haze). But it goes away faster than I expected, and I felt better within 10 days, tops.

So there you have it. It’s definitely something I didn’t prepare for, but wasn’t as bad as I expected it to be. I am not 100% sure that I will elect to have a c-section with my next pregnancy if given the option, but I am no longer fearful if I need to have one.

Did you have an unplanned c-section? Share your experience with our readers in the comments below! 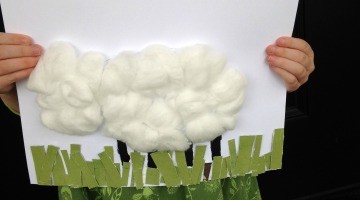 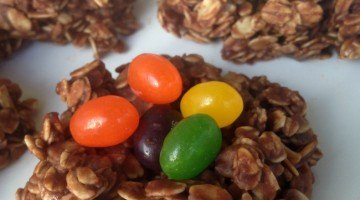 That's the thing... how do you plan for something you don't expect to happen. This article is a great place to start :-)

I remember my first C-Section as terrifying. I had it in my head that a C-Section meant either me or my baby was close to death. Of course I was wrong but I also found out later that I could have possibly avoided my C-Section if things had been done a little differently. Not a guarantee but at least I could have made some of my own decisions as opposed to having them automatically made for me.

I always coach moms to at least be aware of the C-Section procedure, why they are needed, what questions to ask and what recovery is all about. It's always best to have that background and knowledge. As was mentioned above, " birth plans never go the way you expect", so it's good to be prepared.

Besides education and research on the topic of C-Sections could also help you avoid one.

I have a different experience because I am an Orthopaedic surgeon. I was actually relieved when my OB came in and told me it was time for a C-Section. Push a baby out? Scary! Cut me open and stitch me back up? Totally familiar! They could not actually get me into active labor, so I was not exhausted going in. You can feel a lot of pressure-I actually grunted at a couple of points, but there was never any pain.

I also had no pain after surgery. I didn't use any pain pills, and walking around was easy. I know-all the nurses and my OB thought I was just trying to be tough, but I really truly had NO pain.

I posted this comment to let people know that although planned or unplanned, a C-Section can be OK. You may have pain and a hard time getting around, but sometimes it's easy, too. Please don't go in fearing the worst.

My second daughter was delivered via emergency c-section at 34 weeks. I had been diagnosed with a complete placenta previa early in my pregnancy, so the c-section was expected, just not at 34 weeks! I am excellent in a crisis situation, thankfully, and I talked my husband through the process and gave him instructions (He was very concerned about whether he should stay with me post-op, or go with the baby; Go with the baby!) I got a spinal block and was numb from the sternum down. I felt nothing. I stared at the ceiling tiles and talked to my husband about my socks. All in all, it wasn't a big deal for me. My maternal-fetal medicine specialist came in on his day off to deliver my baby. He was an exceptional doctor and I felt confident knowing that he was taking care of us. It was difficult being separated from my new baby for the first few hours of her life, while I was in recovery (Until I could bend my knees! About 4 hours.) especially when she was experiencing mild respiratory distress and I was lying in a bed, unable to feel my body. My husband visited me in recovery with pictures and a short video on his cell-phone.

Recovery wasn't bad. I wish I had moved around more as soon as I got the go-ahead to do so, it was difficult though, as I had lost a good amount of blood prior to surgery (what necessitated the emergency c-section in the first place) and was completely worn out and mentally just out of it.

I think it's important to remember that every experience is different. I was needlessly concerned about some things, based on horror stores I'd been told. When I tell others my pregnancy and birth stories (1 natural, 1 emergency c-section, 1 natural v-bac) I am sure to emphasize that these are only MY experiences, and they are not at all universal.

I had an unplanned C-Section after 33 hrs of labor (3 of which were pushing). My husband and I were devastated when the doctor told us our options. After being wheeled into the OR, it felt like there were at least a dozen people in the room prepping me (I'm sure it was only 4 or 5). I was so loopy from being tired that I didn't even recognize my husband when he walked in and sat next to my head. As soon as the doctor started cutting me open I started screaming in pain -- my epidural from labor had failed on one side of my body. The next thing I know the nurse is taking the gas off of my face (which I didn't even realize had been put on) and was taking a picture of me with my husband holding our son. Right after that I stared feeling pain again so they knocked me back out with the gas.

My C-Section was the most traumatic experience of my life. Not to mention the first time they make you get up and walk (it makes me hurt just thinking about it)!! However, it was what was medically necessary and I would do it over in a heartbeat for my son.