10 Awesome Pumpkin Patches Across the U.S. 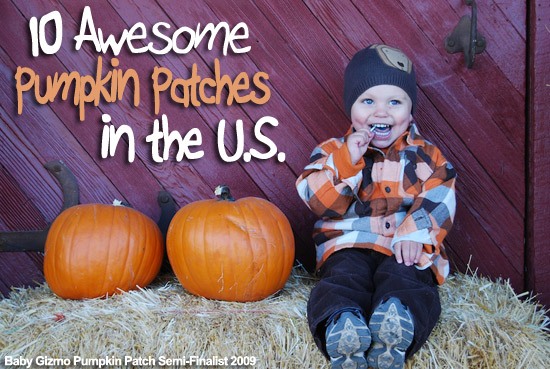 October is here—time to head to a pumpkin patch for some fall fun with your family! While picking out the perfect pumpkin is the main event, plenty of pumpkin patches across the country offer lots more entertainment for the whole family to enjoy. Here are 10 of America’s best pumpkin patches. Click on their names to visit their websites for information about hours and fees.

Pumpkin Hollow, Piggott, Arkansas: There are activities galore at this family-owned farm, which is the mid-south’s leading commercial grower of hard-shell gourds. Families can work their way through a huge corn maze as well as a smaller children’s maze. Kids can ride pedal tractors and a barrel train, take pony rides, feed farm animals, and participate in a pig scramble (in which they’ll try to catch a ribbon from a pig’s tail to win a prize). Children and adults can take a hayride and bounce on inflatable horses. At night the farm hosts Horror in the Hollow,which includes three scary attractions for brave souls. Kids can also visit the Friendly Forest, which features a pirate ship play area. 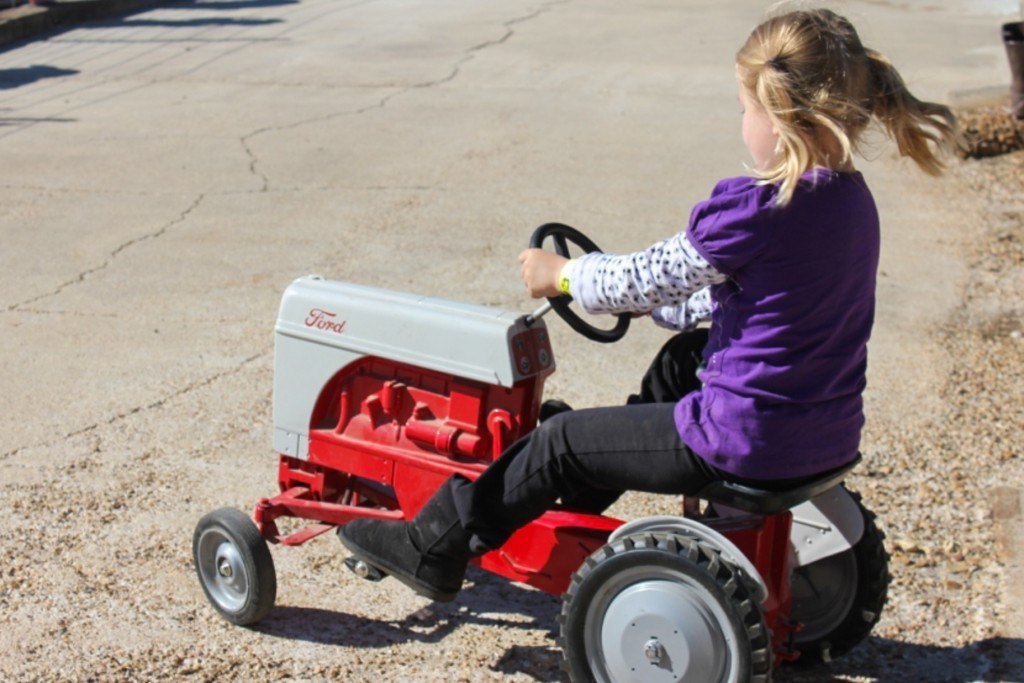 Cool Patch Pumpkins, Dixon, California: In 2007, Guinness World Records declared the corn maze at this farm just outside Sacramento as the world’s largest corn maze. This year the maze measures a whopping 53 acres—13 acres larger than when it won the record! The farm also offers tens of thousands of pumpkins and gourds, a scarecrow contest, a Kid Zone with mini corn mazes, a massive straw mountain, trikes, pedal cars, and a corn bath.

Anderson Farms, Erie, Colorado: This farm is the home of Colorado’s longest-running pumpkin patch and corn maze. Visitors can mine for gem stones, launch gourds, feed farm animals, and make s’mores at a giant fire pit. In the evenings, there’s the Zombie Paintball Hunt and Terror in the Corn, a haunted hayride to a ghost town. 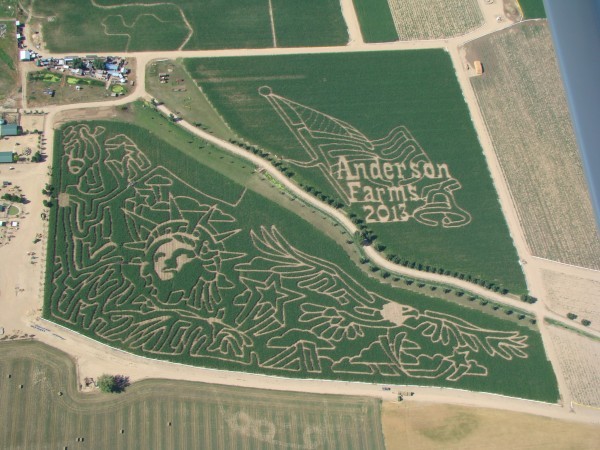 Siegel’s Cottonwood Farm, Crest Hill, Illinois: At this farm less than an hour from Chicago, you can take a hayride out to the pumpkin patch and pick your pumpkins right off the vine. The 40-acre farm also offers a ton of other fun activities including a corn maze (this year’s theme is “Zombie Blackhawks”), pony and train rides, a petting zoo, a giant slide, a climbing wall, Zombie Farm Paintball, playgrounds, and lots more. 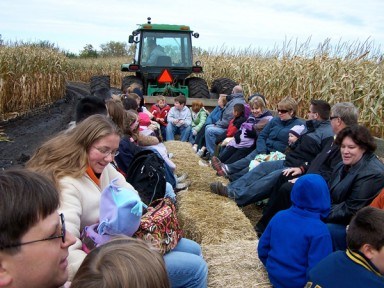 The hayride at Siegel’s Cottonwood Farm

Walters’ Pumpkin Patch, Burns, Kansas: This farm allows guests to pick pumpkins and gourds right off the vine after taking a hayride out to the pumpkin patch. There’s also a large corn maze, two giant jumping pillows, and the Haunted Cannery in the evenings. Be sure to try some of Walters’ pumpkin salsa! 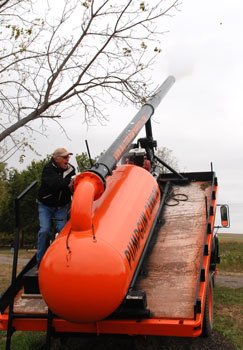 Vala’s Pumpkin Patch, Gretna, Nebraska: There are more than 50 attractions and activities at Vala’s, including a train ride, giant bouncing pillows, pig races, live shows, a three-acre corn maze, a 1/2-acre children’s maze, a pirate’s cove play area, and much more. You can also take a hayride to the pumpkin patch to pick your perfect pumpkin. 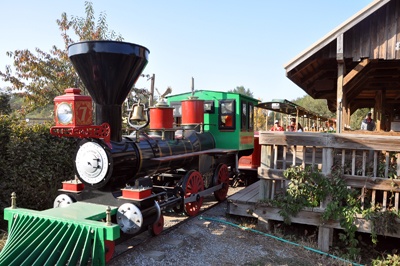 The Great Pumpkin Farm, Clarence, New York: In addition to acres of pumpkins in all shapes and sizes, this farm’s annual fall festival offers a wide variety of attractions including a corn maze, hayrides, a haunted house, duck racing, face painting, gem mining, a pumpkin cannon, amusement rides, a magic show, and more. Adults and children can participate in contests such as pie-eating competitions, pumpkin olympics, a talent show, and a mummy-wrapping contest. 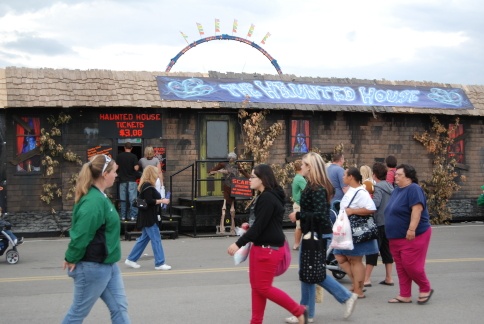 PEANUTS Pumpkin Patch Express, Bryson City, North Carolina: The Great Smoky Mountains Railroad offers the PEANUTS Pumpkin Patch Express. This year’s trains run October 5-6, 11-13, 18-20, and 25-27. Guests will hear a narration of Charles M. Schulz’s “It’s The Great Pumpkin, Charlie Brown” as the train travels to the Great Pumpkin Patch. Upon arrival, passengers will be greeted by Charlie Brown, Lucy, and Snoopy. During the layover, which lasts an hour and 45 minutes, activities include campfire marshmallows, a coloring station, temporary tattoos, trick or treating, a bounce house, hayrides, and live musical entertainment. Each child can select their own pumpkin to take home. Kids should wear their Halloween costumes.

A variety of fun at the Great Pumpkin Patch 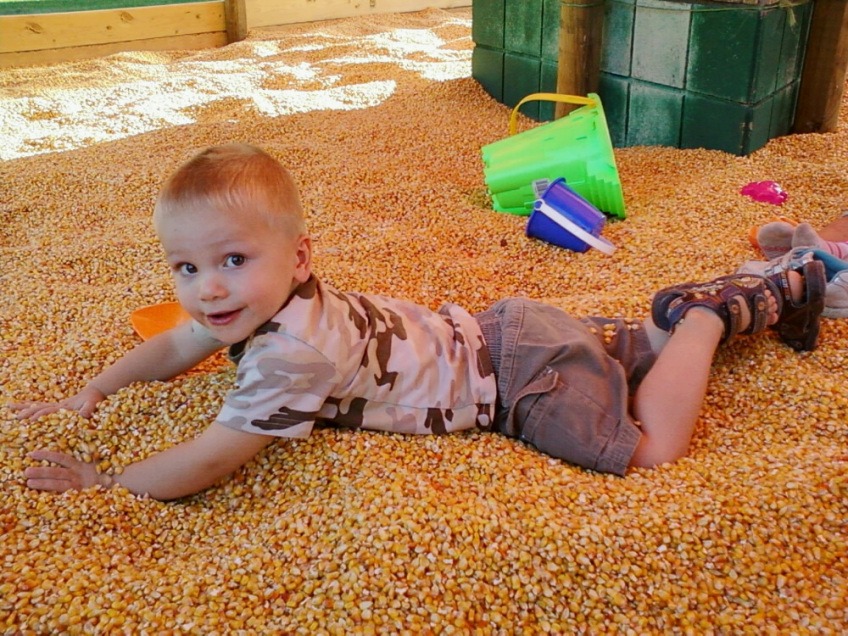 Craven Farm, Snohomish, Washington: In addition to its 20 acres of pumpkins, this farm offers an “Alice in Pumpkinland” corn maze, a child-friendly 3D Pumpkin Barn Adventure, and plenty of pumpkin scenes that offer great photo opportunities. On weekends there is a hayride, a pumpkin slinger, face painting, and even a flying witch!

Did we miss your favorite pumpkin patch? Leave a comment below and let us know! 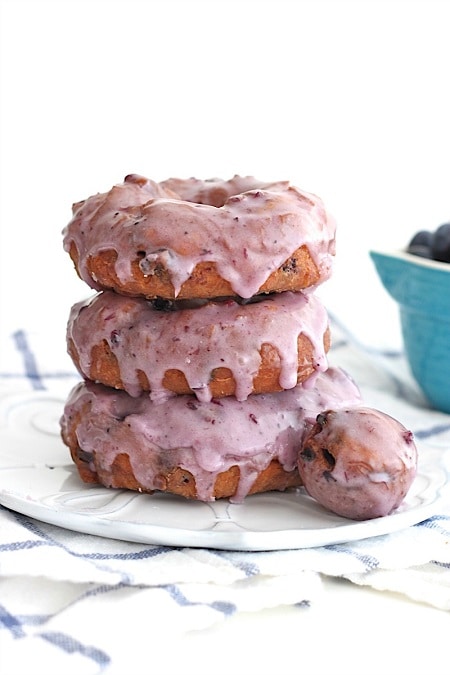 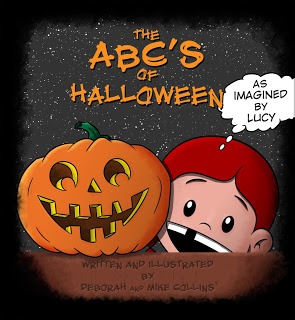 Vala's is a phenomenal pumpkin patch. So many more things to do than you even listed here. We spent 7 hours there just last week. I always call it the "Disney World" of pumpkin patches. :)

Thanks for the mention in your top 10 list! We appreciate the kindness, and we hope you will visit us! Take good care.

Pumpkin Hollow is happy to be included in your list of top 10 pumpkin patches!! Many thanks.