When you have a baby, you’re basically signing up for late nights with little sleep for the first 3-4 months, maybe more. The long nursing sessions and then the intricate dance you perform to get the baby back to sleep will take anywhere from 20 minutes to 3 hours. In some cases, the non-stop screaming from your colicky baby will be the cause of those long nights, sure to drive your nerves through the roof.

To keep your sanity and fill those hours while you feed and bounce the baby, I suggest you set yourself up with a Netflix, Hulu or Amazon Prime Video subscription. It’s amazing what a good laugh from a bubblegum-for-the-brain show can do to lift your spirits at 2 AM.

But beware: there are plenty of shows that are addictive that may not be appropriate for your sweet, tender, post-delivery hormones. So if you’ve got a new baby on the way or you’re in the thick of those sleepless nights right now, here are 5 great binge-worthy shows that will help you survive, and 5 shows you should stay away from (at least, for a while):

Friends: This is the show that got me through 4 months of my colicky first baby’s horrible nights. Jump into the lives of Rachel, Phoebe, Monica, Ross, Chandler and Joey and escape your own for a while with giggles and eye rolls. Best part of using this show: if you happen to pass out after a nursing session and miss an episode (or two), you won’t be completely lost in the plot line. You’ve got 10 seasons that provide enough comedy to get you through months of sleepless nights.
Watch them all on Netflix. 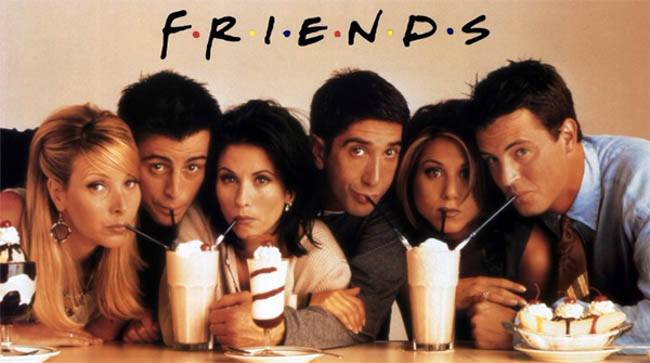 Modern Family: This is the show that got me through the newborn nights with my second baby. Hilarious, light, with characters you can relate to or just laugh at, and a touch of seriousness/“lesson learned” at the end of most episodes.
Watch on Hulu. 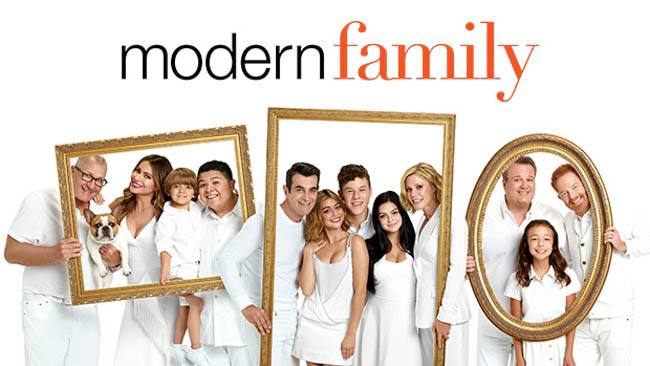 The Office: Again, this is a light and funny show you can watch while half asleep, miss portions of it, and still understand what is going on. My favorite parts are the pranks Jim pulls on Dwight.
Watch all 9 seasons on Netflix.

Reign: What if you’re not in the mood for a mindless comedy? Try this historical drama, instead! Reign follows the story of Mary, Queen of Scots, beginning in 1557, for four seasons. While the show stays true to most major events in the Queen’s life, it’s also a TV drama, so you get plenty of plot twists, exaggeration, binge-worthy character developments that will get you addicted within one episode.
Watch all four seasons on Netflix 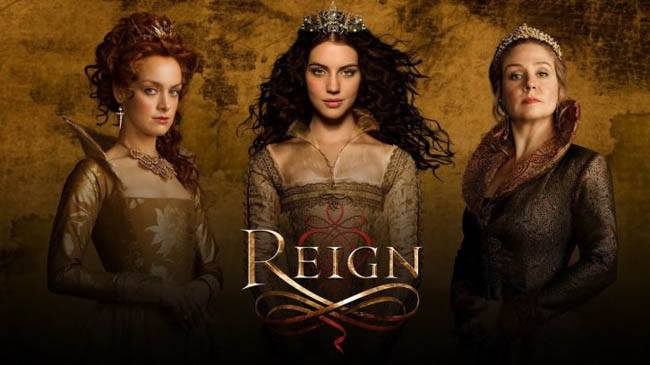 iZombie: I’m not a big zombie show fan so I rolled my eyes when my husband told me to give the pilot episode a try. But I was instantly hooked on this new take of it all. This show is about the young zombie, Liv, who has to quit her promising medical residency to work in a police morgue in order to get her brains discreetly. Eating brains gives her visions of the victim, which she then uses to help her detective friend solve their murder cases. While this show is a mystery-solver, it is also a comedy. You’ll love the characters and their banter. It’s addictive, but also fairly easy to turn off when your baby finally falls back to sleep, so it’s the perfect show to binge in the late nights.
Watch all current seasons on Netflix. 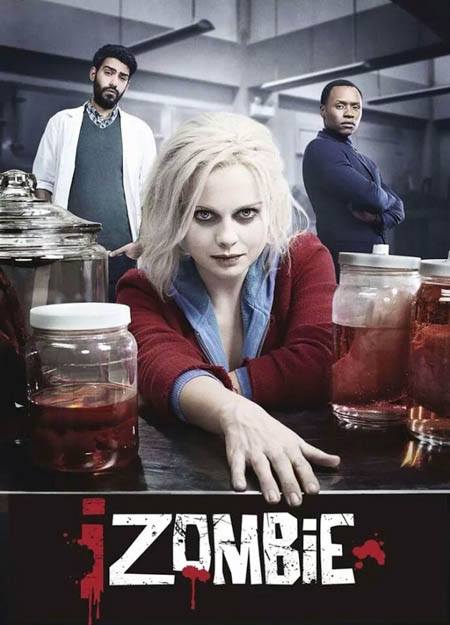 Call the Midwife: LOVE this show. But because it is based on actual midwives from the 1950’s in London’s East End, their stories of the babies and their mothers will hit hard on your tender emotions. I made the mistake of watching an episode about SIDS when my daughter was only a week old and I can still feel the heart wrenching pain as I grabbed her and cried, praying that what I just saw on this TV drama wouldn’t happen to us. Definitely watch this show—just not right before or right after having your baby.

Parenthood: Parenthood is an amazing show that follows the grown up lives of the Braverman siblings as they each tackle issues of parenting that we could all face. Some issues are humorous (like how do you address a teenage son who takes incredibly long showers, multiple times a day?) but most are serious and thought provoking (like how to adjust your mentality and parenting for developmental disorders). Great show to eventually watch, but because of its seriousness and ability to tug on your heartstrings, you might want to wait to binge on this one.

Any cooking show: You’re constantly hungry (thanks, breastfeeding). And in the dead of night when your spouse isn’t there to judge your eating of a fifth slice of cake, mindless snacking is already so easy to do. Why would you want to watch delicious gourmet meals being prepared that you can’t have?

Walking Dead: What are you doing? You’re nursing your sweet infant, feeling all the good feels, and you’re sleep deprived so your rational thinking is running a little slower. Why are you watching blood and gore and the world ending? Before you know it, you’re crying over your baby, promising to protect her with your life from any blood soaked undead. When you finally do go back to sleep, your dreams will be riddled with nightmares of failing to protect like you promised. Don’t do that to yourself and wait to binge this later.

Gilmore Girls: This show is a beloved classic with a ton of seasons to binge on, so why is it on the “skip” list? Because they just talk too. damn. fast. When you’re sleep deprived and on edge because of a screaming baby in the middle of the night, you shouldn’t have to focus so hard to understand what just came flying out of Rory or Lorelai’s mouths. You’ll miss a third of the witty jokes, so why bother?

What shows would you suggest to mothers who are awake all hours of the night? What shows should we avoid, and why? 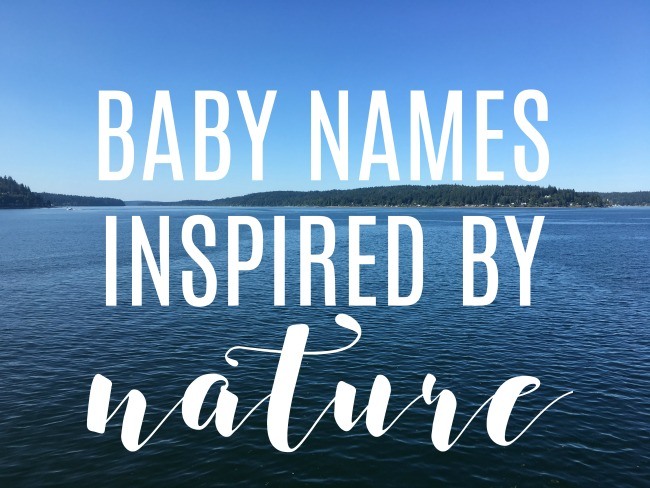 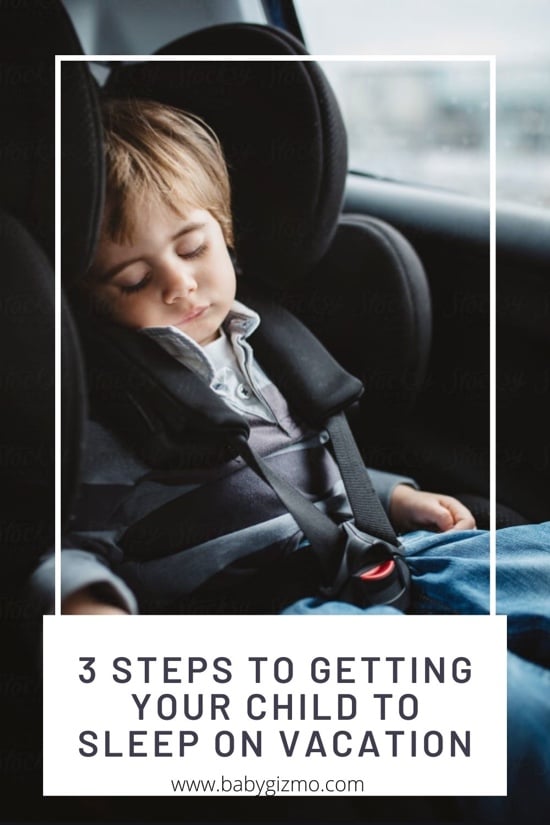 Next
3 Steps To Getting Your Child To Sleep on Vacation
Click here to cancel reply.