I remember stepping into Babies R Us during my first pregnancy and feeling giddy with the anticipation of laser gun mania. We picked a mountain of sh*t (we thought) we needed for our first child. We went totally overboard (okay, so it was mostly me who went overboard) with things moms never need.

I would encourage anyone who is a first-time mother to take along someone who has at least two kids so she can clearly point out what is and is not necessary. I’m sure that my list won’t speak to all of you, but many of you will definitely get it. My first child had colic (whatever-the-hell-that-is) for months.  He was fussy and I was sure that I was failing miserably which is why he hated life (and me) so much.

Side note: Don’t ask a mother of a colicky baby if she has tried swaddling.  I promise you she has tried it (in tears) at least one billion times and her child hates it. She wants to punch you for asking. Yes, I speak from experience.

I see lots of lists floating around about things all moms think other moms need for their first baby.  Then we have my list. I promise you there’s a thing or two on there that will make you say “No way! Everyone needs that!”  But I assure you that I did not.  You can truly raise a child without a lot of equipment. There are just some things that moms never need. Here we go.

A Crib. I know you think I’m crazy, but you read that correctly. Buying a crib was a total waste of money (save the fact that it did convert to a full size bed, which we now use). Neither of my kids slept in a crib a single night. Not ever. I attempted the co-sleeper that goes beside the bed, but no, they did not accept that either. Both of them had to be laying directly on me to sleep. You say that’s my fault?  Probably so, but that’s what happened. I would have done anything for sleep.

Changing table. Really, you don’t need it. We laid out the changing pad that comes with the diaper bag or we just used a towel. Sometimes we didn’t use anything and got yellow baby poop all over the bed. I don’t recommend that option.

Diaper stacker. Most useless invention I’ve ever seen, but you’re talking to the chick that didn’t use a changing table or a crib either. How about stacking your diapers in a, um, stack?

Baby Shoes. Really, what’s the point if they don’t walk? Just something else for me to pick up when it ends up in the floor or lost in Target. I don’t buy the “it’s for warmth” argument either. When they are little they are either in blankets or a carrier. That’s why they are things that moms never need.

A pacifier. Don’t freak out on me, kids.  You don’t NEED one, but yes they are the berries. Neither of my kids would take one. I shoved that thing in both of their mouths with breast milk on it, and even used jelly once (don’t judge me) in a moment of desperation. They would suck off whatever I dipped it in and then spit it out.  I will never understand why. However, if your kid will take one, then I’m insanely jealous and advise that you use it for sanity.

Things I couldn’t live without:

Rocking Chair. The rocking chair saved my life because sometimes it was the only way I could sit down with my first colicky young chap. He screamed if you weren’t standing in a strain, but sometimes you could fool him with the rocking chair. At least for a few minutes. I also slept in that rocking chair with the kid a few times.

Swing. Pretty much for the same reason as above. COLIC. I also found that one of those small, vibrating seats worked, too.

Baby Sling: Also because of COLIC. It was the only way I got anything done at all. (Somehow I still managed to stay in my jammies and not brush my teeth, though.)

White Burp Cloths. For projectile vomit. I had about 100. No monograms, no pretty material. White cotton, ugly, big packs.

Boppy Pillow. Whether you breastfeed or not, this thing helped me get junior in a very comfy position for nursing, rocking, etc. If you are nursing for the first time, I put this in the “extremely helpful” category.

A top-notch bottle. My first child (yes, the insatiable screamer) never took a bottle. Which was pure, unabated hell for me. My second child only took one kind. Find your brand and marry it.

Things no one needs:

Expensive Anything. It’s going to be pooped on, vomited on, possibly chewed up by the dog, or simply left somewhere (such as Target). My most expensive purchase (besides the unused crib) was a breast pump. I highly recommend not skimping on this item if you plan to pump regularly. Plus, it’s super sexy when you’re all hooked up. Just kidding.

Wipe Warmer. It’s a cold, hard world kids. Might as well get used to it. But seriously, what’s so bad about a cold wipe? I had a wipe warmer and I kept thinking I was going to set the house on fire because I kept forgetting to moisten the pad on the bottom.

Diaper Pail. Turns out these have been around for centuries under the name of TRASH CAN. The diaper pail ends up being air freshener a la poopie that wafts all over the house. I placed poop diapers in the regular trash because it went out daily. For a super ripe one, it went immediately into a plastic bag and outside. Momma don’t play.

Salad Spinner. Nope, this has nothing to do with kids, it just happens to be the stupidest thing I’ve ever seen.

When I had my first son, there weren’t all these useful baby blogs for moral support and equipment suggestions. I’d like to believe that if I’d had access to sites like Baby Gizmo then maybe I would have skipped things like the wipe warmer.  And possibly won a trip to Disney?  I can dream.

What were your most useful (and useless) items as a new parent and what do you think moms never need? 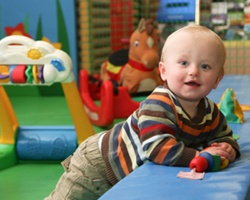 Previous
The Hunt for Day Care - My Tips 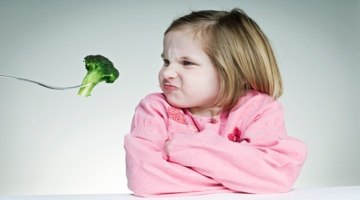 Next
Feeding A Picky Toddler
Click here to cancel reply.