In my first clubfoot post, I told you that I would update you with my son’s progress. While he is not completely done with his therapy for it by any means, I thought it would be a good time to tell you and SHOW you all what has been happening!

Our original plan was to be in a full leg cast for a month then switch to the boots and bar for 3 months. Well, that didn’t happen. At all.

After the first week in a cast his foot comparison looked like this:

The doctor said, “He’s progressing a lot faster than we expected. Why don’t we go ahead and fit him in the boots now?” We were pretty excited! The cast was heavy, and while he didn’t mind it so much, it hurt when he would get excited and kick. The girl came in and measured him and when she put them on she couldn’t seem to get his foot flat. “Let me ask the doctor if he wants him back in a cast for a while.”

While we were a bit bummed, we’d rather take a little longer to make sure everything was right. The doctor came back in and decided to move forward with the boots, even though at this point we were not sure that was the right thing to do. But, we trusted the doctor and got on with it. His new gear looked like this:

The first night wasn’t so bad, he was allowed to be out of the shoes for a couple hours a day so as soon as we got home I ripped those suckers off and gave the boy a proper bath. He hadn’t been able to do anything but sponge baths and anyone who has ever had a cast knows how smelly they get. Think stinky feet stuck in a sweaty sock that you can’t take off for a week. Thank goodness he’s not a teenager yet.

The first time trying to lace the boots back up and get them back on was insane. He was kicking all around, curling his toes, and screaming the whole time. I could never get his toes back to where they marked, and we were both just upset about the situation. I left them off for a little while longer for him to calm down, and tried again. This time I got it, laced him up, and we were good to go. Until the next day.

Day two of the boots was AWFUL. His foot was sliding in them so his toes were slipping further and further from the marked line. He was upset the whole time they were on. Literally crying all day. He didn’t want to nurse, play, or sleep. It was horrible! I thought that maybe they just needed some getting used to, and let him be. A week went by like this. It didn’t ever get better. On the night before the next doctor’s visit, I noticed he was getting a blister. Deep in his heel, almost like a blood blister. It was really dark red and had to be painful. I felt awful! How did I not notice it earlier?

The next doctor’s visit, my husband took him to. So of course I didn’t get the full story on what happened, but they put him in a full leg cast again. They said in a week to bring him back along with the shoes because they wanted to try a single leg brace. He seemed much more comfortable in the cast again and we were finally getting some sleep again. At the next visit he was put in a short cast that went below his knee and they were making his brace to be ready the following week.

Here is his foot comparison after his second cast:

One week passed and we were excited to try the brace, but also a little worried that because he would be in the shoe again that things wouldn’t go as planned. They brought in the brace and it looked even more difficult than the boots themselves. Think Forrest Gump, the brace went to just below his knee and was attached to the shoe. They got him all set in it and sent us home. We would check back in 2 weeks to see how his progress was.

The doctor’s office called me the next morning to see how the night went. It went okay, other than the fact that he was being crabby again. A couple of days went by and he was nothing but tears again. The first thing I did was check the back of his heel for that blister spot, and of course it was there. I called the office and they told me to keep the brace off until the blister had completely healed otherwise there would be bigger issues. It was off for about five days. I continued to stretch his foot manually so that we wouldn’t lose any progress, and thankfully that worked.

After 2 weeks we went back for a little check up to see how things we going. I explained to the doctor that he was very upset in them and that the blister had finally gone away, but I couldn’t get his foot back in the brace. Every time I had tried to, it seemed like his foot just didn’t want to work with me. In the office they were able to get his brace back on, but they needed to make a few adjustments with comfort for him. They added a no slip grip on the bottom so his foot would stop moving so much (hopefully to cure the blister), and mole skin to the tongue of the shoe for added padding.

The doctor put him back into a short cast to see if we could get his foot any more flexible. “I don’t know how much more flexible we can get him,” he said, “this foot is just as flexible as his other foot at this point.” I asked him what would happen if we couldn’t get the shoe to work and he told me that the next step would be surgery. That was the last thing I wanted to hear. Even though it is a very minor procedure, it’s not the way we were hoping things would go. He told me that he didn’t think that would be the way they would have to take it because of how flexible his foot was, it would be unnecessary. He sent us on our way to be seen again in 2 weeks.

Our next appointment with the doctor is February 25th, so we will see where we go from there. I am hoping that we don’t have to do the surgery and that we can either find an alternative or that the brace ends up working. I am very happy with how well he took to the casting.

Here is a picture of the first cast vs. his third cast. The angle change is amazing:

The one thing that I’ve learned in all of this besides everything medically is just how judgmental people can be. The looks that I got while my child was in a cast were horrible. People automatically assumed that I had hurt my child or let him get hurt. Even when I had to take him to the emergency room for a high fever (we all got the wonderful flu this year), I had to explain to the triage nurse that he had clubfoot! Even my own family who hadn’t heard about the treatment plan would say, “What did you do to him?!” I’ve never felt so judged by people in my life! Moral of this part of the story: Don’t automatically assume the worst of people (I’m guilty of this too!) because there is usually a bigger story behind it! 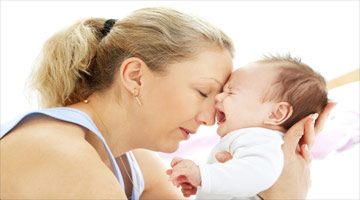 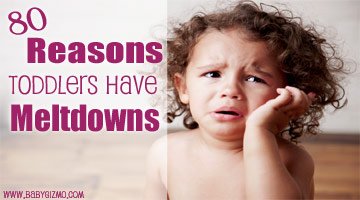 Next
80 Reasons for a Toddler Meltdown
Click here to cancel reply.

First of all , sorry for my bad English I 'm French and I understand reading but I have difficulties to speak (or write) in English. I would like to say that my husband ( 35 years old ) had clubfeet as your baby. After 5 years of stretching, wearing specific footwear (similar to your baby's) and wore casts, he finally gone on surgery. Now he rides and skis as well as everyone. In 1979 it was difficult to deal with this problem but today it is easyly curred. Courage, you'll soon be done with this mess and you will watch your child running around with his friends. Big hugs for your family Sophie

Thank you for your kind words and for sharing your story Sophie! So glad your husband is doing well! :)