Going to the movies over the past few months, I’d seen a couple of teasers for Peter Rabbit, but I didn’t see an actual trailer until I went to see The Last Jedi. And do you know what I learned in that trailer? Apparently, Peter Rabbit is a rom com! All this time, I thought that The Tale of Peter Rabbit was children’s story on based on this short board book version of the story that someone gave my daughter, but I guess it’s missing a lot of narrative. So I checked the full-length picture book out from my local library and my daughter read it to me a couple of days ago. You know what? No attractive young-ish people falling in love. Huh. Now I’m confused Anyway, despite my misgivings about taking my six-year-old to see a romantic comedy, off we went to the theater. Here’s my movie review!

Those of you familiar with Beatrix Potter’s book will recognize the first scenes of movie, although Peter’s sisters are way less innocent than Ms. Potter would have you believe. There’s even wild-eyed old Mr. McGregor who attempts to capture Peter in order to put him in a pie. In a wink and nod to Peter Rabbit’s creator, there’s also a kind rabbit-loving young woman named Bea who lives next door to Mr. McGregor. But wait you say! Isn’t there a young guy in all the previews? Yes, yes there is.

SPOILER ALERT: Mr. McGregor doesn’t make it past the opening scenes. When the new tenant of Mr. McGregor’s manor—yes, it’s quite fancy—arrives, you are never going to believe who it is. I mean, seriously, this made the whole movie for me, and I would tell everyone to go see this movie regardless of how wonderful or awful it really was just because of this. The new neighbor is none other than GENERAL HUX! And Domhnall Gleeson shouting about disorder as Hux at his peak-crazy in The Force Awakens totally works in this movie, too. If you are a Star Wars fan, you absolutely must go see Peter Rabbit. It is awesome.

Ahem. Now back to your regularly scheduled review. One of the things that I deeply appreciated about this movie is that the previews were funny enough to get me in to see the movie, but the creators didn’t shove all the funny parts of the whole movie into the previews. In fact, they didn’t even put the funniest parts in. This movie had the whole theater laughing—loudly, and often.

I love when the audience experiences the film together like that; it so much fun to be part of! Being both a family movie and a romantic comedy, the movie also had drama and sad parts, but it also had a narrator that broke the fourth wall. This trick can take viewers out of the movie which can be irritating to some or distracting enough to break into tense scenes and provide relief for others.

Here’s the part you’re all waiting for, though: my six-year-old’s review.

Me: What did you think?

Kid: It was awesome! (If you’ve ever read any of my other reviews, you will recognize she says this after all the movies she sees. What can I say? She likes the movies.)

I asked her what the best part was, but her answer was a spoiler, so I’ll just say it was the end. Like, an animated scene just before the credits rolled.

Me: How old do you think you should have to be to see this movie?

Me: Six and up? You don’t think you should have seen this movie when you were in kindergarten?

Kid: Because kindergarteners would get scared. (I later asked her how old you should have to be to see The Last Jedi—which she has seen twice, mind you, and which is way scarier than this movie—and she said twelve. My husband pointed out to her that she saw The Force Awakens when she was four, but she stands by her answers.)

Me: Scared of what? What was the scary part?

Kid: When Mr. McGregor made Peter Rabbit’s dad into a pie. (For what it’s worth, this is not shown in any graphic way, but frankly, I find it a terribly disturbing detail in the book, too.)

Now, on to my friends at Common Sense Media. They say this movie is okay for kids ages seven and up, and that’s a pretty good estimate. I don’t think younger kids will be scarred for life if you take them, but this movie is… weirdly violent. Think back to Saturday morning cartoons like Looney Toons, or cartoons like Ren and Stimpy, or even some of the old Disney shorts—especially Donald Duck versus Chip and Dale. You remember all the cartoon violence?

Think of that happening with live actors and ridiculously realistic looking rabbits. It has the potential to be disturbing for younger and/or sensitive kids. There’s some inappropriate humor that’s likely to shoot over kids’ heads (like one time when it’s implied that a character is high) but generally, I appreciate that stuff as an adult sitting through a kid’s movie.

What’s my overall take? This movie didn’t drag. It was fast-moving, and it was fun. Common Sense Media lists some complaints about the movie (the “rules” for the characters’ world were inconsistent, the pace moved past fast and into frantic, there wasn’t a clear “good guy” to root for), all of which are really valid points! And I didn’t actually notice any of them during the movie, so I think the good outweighed the bad here.

While I have seen recent kids’ movies that left me upset over the 90 minutes of my life I’d never get back, I didn’t leave the theater feeling like I wasted my time with this one. Where Common Sense Media and I absolutely agree is that this movie is only very (very) loosely based on its source material. That being said, while Peter Rabbit is not a movie we’ll pay to go see again on the big screen, if you’re looking for a silly movie to check out with the family, it’s a pretty good bet.

I have one final and very important note. Despite my overall enjoyment of the movie, there is one very disturbing scene that happens toward the end of the movie. We learn fairly early on that one of the characters has a blackberry allergy, and he mentions it causes his throat to swell. Later in the movie, other characters use that “weakness” against him in a fight.

Now you might expect the allergy to played as another cartoonish moment with the allergic character, say, puffing up like a balloon. Nope. Instead, he starts gagging as he whips an Epi-Pen out of his pocket and manages to inject himself with it prior to losing consciousness. If your child has a life-threatening allergy, you might want to skip this movie. I can’t even imagine how scary this scene might be for them to see. Sony has apologized for making light of food allergies, and you can read what they had to say here.

PS: One of Common Sense Media’s other complaints was that the movie threw in too many random pop songs. Dear Common Sense Media: I love you, but you could not be more wrong on that one. I am so mad that there is no real soundtrack to this movie. I tried to buy it as soon as I left the theater, but it doesn’t exist, so I will have to resign myself to creating a playlist instead. The movie was full of fun 90s pop (Len! Dave Matthews Band! The Proclaimers!) and current songs my kid and I both love (Portugal the Man! Rachel Platten!)—it is such a miss on Sony’s part not to package those up for purchase. 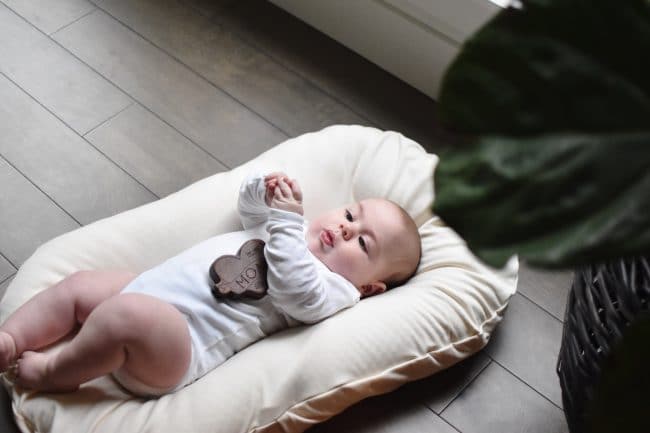 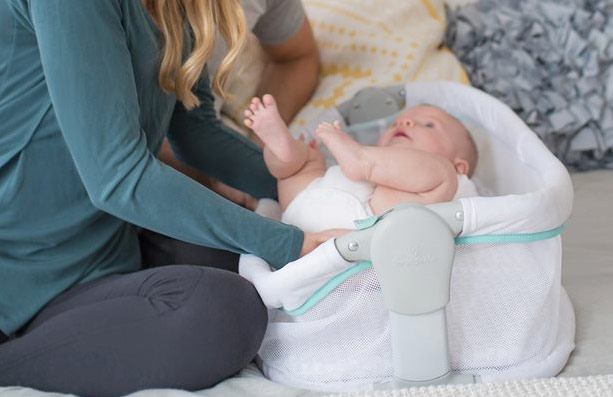 Next
SwaddleMe By Your Side Within Reach Infant Sleeper
Click here to cancel reply.